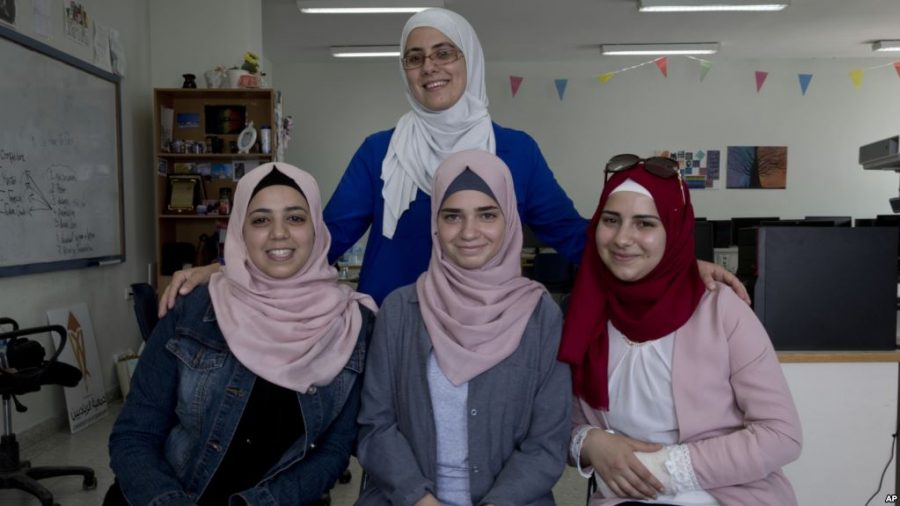 Silicon Valley, USA —The Silicon Valley is the hub for all technical things that touch the surface of the earth. The latest news from there is that a group of four young and incredibly intelligent teenage girls. They have recently reached its doors with a unique mobile application that is catered to helping prevent fire. In a competition with over 19,000 teenage girls as participants, these 4 Palestinian teens have won their competition among. They have won a slot to be able to pitch their app to some of the top leaders of the Silicon Valley in order to make this an actual viable commercial app.

These girls are 17-year-old 11th graders who have NEVER even stepped into an airplane to date. This opportunity is one of the biggest breaks that they can hope to get. Coming from a strict and orthodox Israeli-Palestinian patriarchal background, it is easy to see that this one step can mean a lot to their future.

The challenge had multiple levels. The name of this competition was “Technovation Challenge” which was held in San Jose, California. The specific aim of the competition was to present practical mobile applications that could help in solving problems and address goals.

The scholarship amount was set at $15,000 and these intelligent kids competed with participants from:

This competition has been run for about 9 years. The name of the global nonprofit organization that runs it is called Iridescent. They claim that their basic aim is to be able to use technology for the upliftment of the youth, especially girls. They state that approximately 60% of the U.S based participants are able to register themselves with Computer-based courses after they participate in this competition.

About 30% of this lot ends up doing majors in the same field in the following years which is well above the national average for females. What’s even more interesting is that more than two-thirds of the international participants end up showing a keen interest in technology-related courses and studies after this.

Sabri Saidam, who is the Palestinian Education Minister is himself very keen in helping his country with as much as technology as possible. A source very close to him confirms that he has a firm belief that education is the best path to the sustenance of success. He lays great emphasis on vocational training that can help people learn something of actual practical and professional value.

Techno cation is surely a big deal for the 4 young Palestinian teens al-Sayed, Zubaida al-Sadder, Masa Halawa and Tamara Awaisa, who are all set to present their app to the Silicon Valley leaders. They claim that their future is now much more stable. They are sure to pursue technology in their higher studies and believe that they will have many other apps in the future.

How the Palestinian teens came to know about the competition?

Since the teens were quite intelligent and always proactive in what they did, an IT teacher at their school informed them of this competition. They belong to a very middle class set up where IT is not very accessible. They have classes only two times a week and a classful of students have access to only 2 computers.

Understanding their potential, the families of these girls had equipped them with laptops for self-study. Yamma Shaka is a mentor that the competition had allotted to these girls. Under his guidance, these girls came up with this unique idea which helped them win this slot. Shaka says that these Palestinian teens “did everything by themselves, with very few resources”.

The world needs more and more youngsters conquering the tech front. The world hopes many other competitions like Technovation will open new doors of opportunity for the people.