5 Unique Places to Visit in India 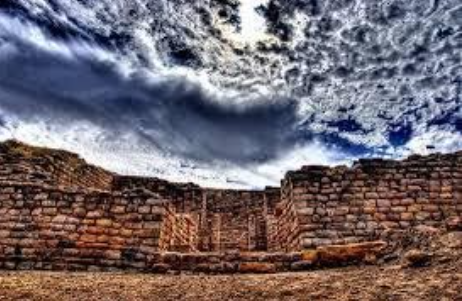 India is always known and called as Incredible India. Every Foreigner or it might be Citizens living in India wants to know the unique places inside India which should be visited once in their lifetime. These are the places which many Indians are not aware of the name and their existences. India includes most uniqueness in it. Here we’re going to see any 5 most unique places to visit in India.

The veerabhadra temple lepakshi is located in the district of Ahmednagarof Indian state of Andra Pradesh. Lepakshi temple hanging pillar is built in 16 th century. Hanging pillars of Lepakshi Temple is famous for its architectural features presents almost the same style as Vijayanagara with a profusion of carvings. The paintings at the almost exposed surface of the temple. It is also known as one of the centrally protected monuments of national importance. The paintings fresco are have particularly detailed in bright dresses and colours with the scenes of Krishna and Rama from the epic of Ramayana, the Puranas and, Mahabharatha are well preserved. The speciality of this temple is large Nandi and, the mount of shiva is about 200 metres away from temple which is carved from a single block of stone it is said to be one of the largest of its type in the world.

Valley of a flower is a national park, which is located in North Chamoli and Pithoragarh. It is in the state of Uttarakhand and it is also known for its variety of flora and endemic alpine flowers. This is famous for the richly diverse area is also home to rare. This includes endangered animals in it, like snow leopard, red fox, blue sheep, musk deer, and Asiatic black bear. At 3352 to 3658 meters above the sea level, it is the gentle landscape of the valley of flowers. The national park even compliments the Nanda Devi national park to the east which is famous for rugged mountain wilderness.

Shani Shingnapur is also known as Shani shinganapur or shingnapur is a village which is located in the Indian state of Maharashtra. This is situated in nevasa talika in the district of ahmednagar. This place is famous temple associate with the Hindu god with the planet Saturn which is known as graha. Shingnapuris located in 35km from Ahmednagar city. Shingapur is also famous for the fact that in that village no house has doors, but they have only door frames. The speciality of the village is there was officially no theft reports in the village.

Chennapatna Dog Temple is located in the chanapatna city and taluk headquarter in the district of Ramnagar, state Karnataka.  This temple is dedicated to the main deity of the village, goddess kempamma. As villagers say that, once two dogs disappeared mysteriously from the village. Later few days, the goddess appeared in someone’s dream and asked them to build a temple for the dogs who were lost.  The lost dogs were close to hers for protection of village and the villagers. Bering in this vision, the dog temple was constructed keeping that two lost dogs in mind and people worshipped in this temple. In this temple, you will be able to see two dogs statues. Every year the villagers held a huge festival to honour of there guard dogs.

Karni Mata temple is a Hindu temple which has been dedicated to Karni Mata at deshnoke, it is 30km from Bikaner, in Rajasthan, India. Karni Mata temple is famous for rats it is also known as the Temple of Rats. The temple is specifically famous for the approximately  25000 black rats that live, and are revered there in the temple. Karni Mata temple has the holy rats are called as kabbas. The many groups of people travel from great distances to pay their respect to these holy rats. They believed to be manifestations of karmi mata herself and her sons.

These are all the 5 unique places which every person should visit these place inside India once in their lifetime.