Motorcycles with the Most Innovative Technology 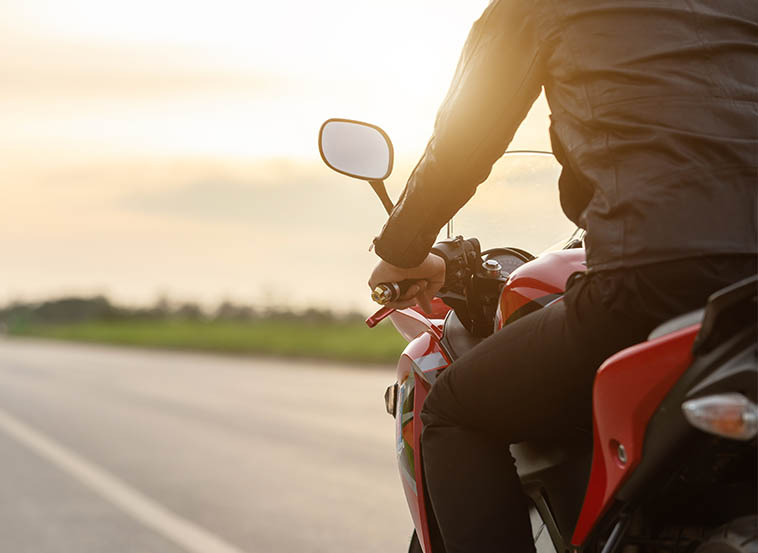 The technological future of two wheels is here. From autonomous motorcycles, to others that look for their owner or that work with blockchain technology. Let’s discuss the latest innovations in the motorcycle industry.

Those who travel around Spain on the back of their Harley Davidson, for example, do not see it as a means of transport, but rather a way of life. They are not worried about innovation in motorcycles, they just feel them. However, for the industry, this passion factor cannot be the only one that motivates them to create new models, so they put all their efforts in two new ways: electrification and autonomous motorcycles.

A good example of this is what we could see at the Consumer Electronics Show (CES), the best scenario for companies to show their most innovative products and where some models that seemed to come from the future stood out with motorcycle GPS integrated, such as the ones we show you below.

The BMW R 1200 GS offers a unique experience in autonomous driving technology, capable of cornering, accelerating or braking on its own.

However, having this technology does not necessarily mean that it is intended to be driverless. The idea is that, thanks to the perfect vision they have of the lines and curves of the road, the optimal areas to brake or accelerate, etc., it can help the pilot to recognize the dangerous situations that arise, as well as improve his skills at the controls of the motorcycle. Such technology will also serve as a platform for the development of future systems and functions to make the driving experience safer.

The innovation of this motorcycle is also palpable in its external appearance. The chassis, frame, swingarm and wheels are made of high-strength, lightweight carbon, a material that has long been used in the series production of BMW Automobiles.

MOTOROiD by Yamaha, the electric that recognizes its owner

Yamaha’s autonomous motorcycle prototype has an electric motor located in the rear wheel that allows it to circulate in the most absolute silence without giving off a single polluting emission. But this is the least conspicuous when it comes to innovation of this bike.

The aspiration of Yamaha is that your motorcycle is capable of riding alone, and even that it can detect its owner and take it to a specific destination without the latter having to drive at any time. But for now, the test version is capable of obeying simple commands, such as “come” or “stop.”

The interaction between the rider and his motorcycle is through tactile, voice commands or through sensors capable of interpreting the rider’s gestures; and at the same time, the MOTOROiD can communicate with other infrastructures to know the state of the traffic, all thanks to the Internet of things.

Another surprising aspect is that it is able to maintain verticality by itself at all times thanks to the Active Mass Center Control System (AMCES) technology, a joint located in the central part on which the tank and the front wheel pivot on one side, and on the other the rear axle and the lithium-ion battery pack. You can also connect with a Bluetooth helmet, which allows you to manage lots of actions easily.

Etergo AppScooter, the smart electric scooter that charges like a mobile

Another of the protagonists at CES as a motorcycle innovation was the electric one from the Dutch startup Etergo, a commercial model that has no less than a range of 240 kilometers thanks to its system of modular battery parts. This system allows you to easily extract the parts to carry them in a bag and charge them in the office or at home, something that, in turn, acts as an anti-theft device, since, as it does not have a battery, it is impossible to take it with you.

In addition, the AppScooter is a smart motorcycle that can be connected to any device using Bluetooth technology, WiFi or LTE network. And, like Tesla Cars, the scooter is over-the-air and continually updated with new features.