What Level of Improvement We have For Tucson 2022 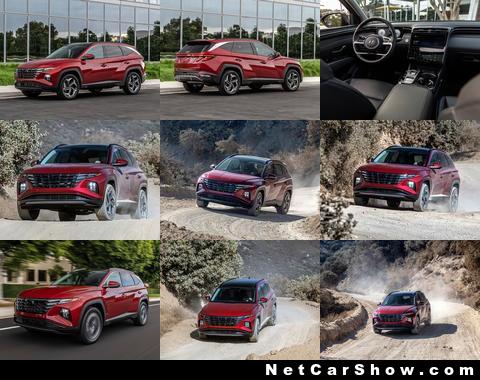 Hyundai hit it hard to come up with a new beginning ever since it made its way with its ‘Vision T Concept’ in the year 2019 in LA’s Show, and now it has Tucson as its pawn that seems destined to rake up the best of storms in the compact SUV world, get glued to it.

The engine of Hyundai Sonata is what has given its share to the Hyundai Tucson wherein you would probably find a subtle fitting of a conventional engine of 2.5 liter, 4 cylinders, and there lies also an option for a hybrid and a plug-in hybrid. Both of the above-mentioned engines would be using a turbo-charged, 1.6 liter, 4 cylinder engine that comes laced with an augmented layer of electric motors.

The vehicle is well harnessed and jolted with the best of power and torque presentation and is amongst the most stylish ones and goes to shoulder the likes of Honda, Mazda, Toyota, and Volkswagen.

A River Of Available Trims

The availability of trims underneath the roof Hyundai is the most impressive of all as the list of trims taken care of by Hyundai is hardly matched by any of its competitors and there lies a whole river of trims for you to choose from.

A 2.5 liter, 4 cylinders, 187 horsepower engine would come as standard and will be offered with an eight-speed automatic transmission with a front or an all-wheel drive.

The plug-in hybrids and hybrids would come as charged with a turbo-charged 1.6 liter, 4 cylinder engine, and Hyundai claims it will pump out a somewhat 227 and 261 in the former and the later versions of the engine, moreover, an all-wheel-drive would be reigning in the electrified powertrains and would rule out a six-speed automatic transmission.

A 13.8 kWh battery pack is offered in the plug-in hybrid model that offers a somewhat 32 miles alone with its electric-only range.

A 7.2 kW of charger onboard takes around two hours to hit the charging up as fully recharged and rejuvenated as before, provided you are using a ‘Level 2’ charging station.

A couple of highly anticipated features like an Apple car play and Android autoplay are engraved on the dashboard with an 8.8-inch touchscreen system. A larger piece of the infotainment system of 10.3 inches with a built-in navigation system comes as an optional feature and there resides a cool list of features that you have to glare on,