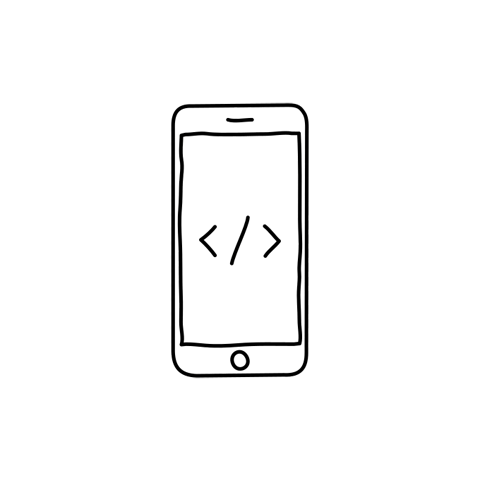 Software engineers can often be perplexed when choosing between Android and iOS development. Although both systems share a similar architecture, their development and maintenance methods are different.

In an era where iOS and Android own 97 percent of the global mobile market share, the best approach to mobile app development is to target both platforms. It’s not always possible to develop for both OSs at once – factors like budget, time, and resources may prevent it from happening. In the alternative, you may wish to consider launching on one platform first, followed by the introduction of a second later.

To help you decide which platform is right for your product, this article outlines four key comparisons between iOS and Android: audience, monetization, timeline, and budget.

Android apps are created with the help of Google’s tools Firebase, Android SDK, and Android Jetpack, which use Java, C++, and Kotlin.

Now, let’s find out what is so great about Android development:

Android now runs on everything from smartphones and tablets to TVs, refrigerators, and automobile audio systems. Consequently, the scope of applications is huge, which allows businesses to grow.

Any system is suitable for work:

Android Studio and SDK programs are available for every system, regardless of its operating system.

It is suitable for writing apps and games for both mobile devices and the web.

The code editor shows how standard elements, like buttons, lists, and radio buttons, work, so you can write your own code based on it. iOS offers large pre-mixed non-separable blocks (ready-built cabinets) that can be discarded if they no longer suit your needs (you want a different color, etc.).

However, every good thing has a downside. Aside from the advantages of developing apps for Android, businesses dealing with this system must deal with the variations in devices and versions, causing testing hours by QA Engineers to be extended. There is no one-size-fits-all solution for Android devices, due to their diversity. Different brands use the system to install it on their smartphones, watches, radios, refrigerators, and tablets, each of which, in a competitive environment, tries to bring its own “flavor.” This results in devices not working identically, and developers are not aware of all the parameters. Make sure you are ready for the possibility that not everything will go according to plan if you make a video recorder application, for instance. If the camera is installed on different devices, it may not recognize the camera, flip the image, or record video incorrectly.

In contrast to Android, iOS is a closed-source operating system, which only runs on Apple products. Swift Playgrounds and iOS SDK are tools used by iOS developers to develop their apps in Objective-C or Swift.

There are a number of advantages to developing iOS apps.

If you build your app for iOS, you’ll simply need to tweak it for Apple devices. Comparatively speaking, the development will take much less time.

Apple improved guidelines for iOS application development every year, but it did not leave developers in the dark: it explained which components can be replaced with more productive ones. Furthermore, even though the iOS community is still small, it is very active and always eager to assist.

A threshold would be a good idea, taking into account the disadvantages. The cost of publishing an app to the AppStore is $99 annually. A slow app, content that’s lacking, or a safety issue could make your application rejected. Additionally, the application can take up to a week to be published because moderation is carried out manually.

Android vs iOS Development: Which One to Choose?

Immediately, the differences between iOS and Android appear in the users’ attraction. Choosing your ideal OS requires you to define what end goal your app aims to achieve and which audience is important to your business model.

With around two-thirds of the global market share, Android gets more app downloads than iOS. Android may have more downloads, but iOS users tend to spend more on apps and in-app purchases.

Moreover, Android is popular in low-income and developing countries, whereas iOS users tend to reside in North America and Western Europe. Apple users also tend to be younger with higher incomes and more education.

When it comes to determining which platform to start with, your monetization strategy is critical. Each OS lends itself well to opposing monetization methods. iOS apps make more money based on revenue, which is a well-known fact. The App Store generates much more revenue than Apple even though there are fewer users and fewer apps downloaded. You will make more money on iOS if you plan to monetize via subscriptions or in-app purchases. Unlike iOS apps, Android apps tend to monetize successfully with ads.

Although Apple owns all the hardware and software and there are significantly fewer iOS devices than Android devices, iOS devices are becoming less standardized than they have been in the past. As a result of the iPhone X series, app developers now have to work around more screen sizes and UI constraints.

With the App Store’s strict regulations and quality expectations, it can sometimes take longer for your product to be approved for iOS. On the other hand, Android apps typically take a day or two to get approved, and updates can be rolled out within hours.

A mobile app’s cost is influenced by its scope and complexity; the larger and more complex the project, the more it will cost. There is nothing inherently more expensive about iOS than Android development.

Determining what to do

In the end, deciding whether to build for iOS or Android first will depend on your business needs.

Are businessmen choosing iOS over Android because of its advantages? There are a lot of options to choose from when it comes to mobile application development since iOS gets more income and Android has a bigger slice of the pie than iOS. Ultimately, regardless of iOS vs Android, your choice of platform will depend on what works best for your business.

iOS and Android both adhere very well to the principle that ‘one size does not fit all. It’s more important to figure out which one will work best for your project and business plan than to decide which one is better.
Are you having trouble deciding which option is best for your project? Contact our team of experts today!