Three reasons why serverless applications is great news for users 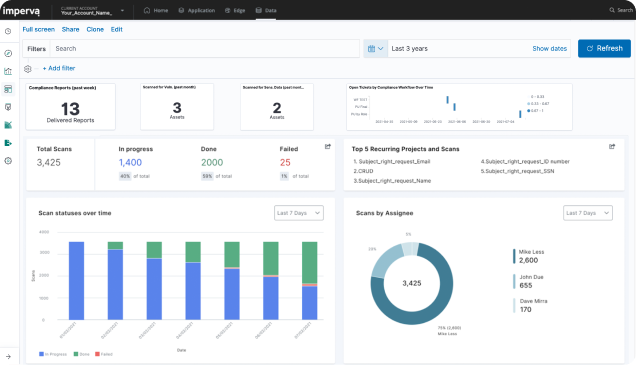 The terms “serverless architecture” or “serverless applications” may sound complex, but their goal is anything but complex: It’s to make life easy for users.

The ambition of serverless architecture is to allow organizations to build and run services and applications that don’t require them to have to manage infrastructure. Although serverless architecture still involves physical servers, through the magic of cloud computing, these do not have to be located on premises (and thereby maintained locally.)

That’s a world of difference from the previous days in which web applications needed to be run from servers that were owned and operated by the company or organization that was offering them. Not only could this be complex, but it was also expensive; something that is vastly simplified in the auto-scaling world of serverless computing. So long as they utilize the proper cyber security platform to safeguard against threats, serverless opens up some exciting new possibilities.

But what does this mean for end users? After all, most people don’t care about servers and cloud solutions ; they care about what they can give them in terms of user experience. Fortunately, serverless architecture has some very real, tangible benefits to bring to the table.

An app can be perfect in every way imaginable, but if there’s a high level of latency (the length of time that it takes for data to move from one point on a network to the other) it’s going to render it pretty much unusable.

How do you reduce latency? Simply put, the closer that code is able to be run to the user, the lower the levels of latency. Serverless architecture is able to assist with this because there is no requirement that applications must be hosted on one origin server.

Speeds vary depending on which serverless solution you use. However, reduced latency is well recognized as a benefit of going serverless. With less distance to travel, applications respond more rapidly than they would do otherwise. The result is a much better user experience.

Because there is no cost in maintaining and owning physical infrastructure, businesses can pay only for what they require in order to operate. Since most businesses would rather over-invest in server technology than under-invest (meaning preparing for too much demand, rather than too little), serverless solutions save on cost since they can scale with actual usage rather than some imaginary best-case scenario.

There’s no guarantee that businesses pass those savings on to users, of course. But in a competitive business landscape, especially in crowded markets, companies are under pressure to provide services for a reasonable price. With serverless solutions, they can do this while still saving cash.

New features win the hearts of users, while bug fixes appeal to the head. In today’s world, the winners are those that are able to deploy apps and app updates quickest. Serverless architecture can help with this in multiple ways.

Serverless apps can boast in-built integrations, allowing developers to focus their attention on building apps rather than fretting about configuring them. They can also get rid of certain operational overheads allowing teams to release rapidly, gather feedback, and then iterate their product. In addition, the automatic scalability mentioned earlier means adapting to the requirements of customers more rapidly than ever.

Simply put: Not having to manage physical infrastructure, together with some of the advantages of serverless architecture, means more effort can be focused on making apps as good as possible — and then delivering on their potential.

Protection in a serverless world

Serverless computing is only going to get better. Within a decade, serverless architecture has shifted from a concept very few were familiar with to a proven entity that continues to demonstrate its usefulness each and every day. However, with the very real benefits of serverless architecture come challenges, which organizations have to be aware of.

The cyber security tools people should be familiar with in this space make it possible to protect organizations against vulnerabilities and code flaws which are the result of misconfigured apps or code level security risks. It’s essential that these are protected against so that the benefits of going serverless isn’t offset by the potential risks.

Organizations must have full visibility and automated tools for helping protect against blind spots found in serverless functions. More than ever, this is a “must” for any business that wants to take advantage of the serverless architecture revolution. It’s one of the smartest investments you can make.