Top 5 Reasons Why You Should Work with Tamil Nadu Influencers 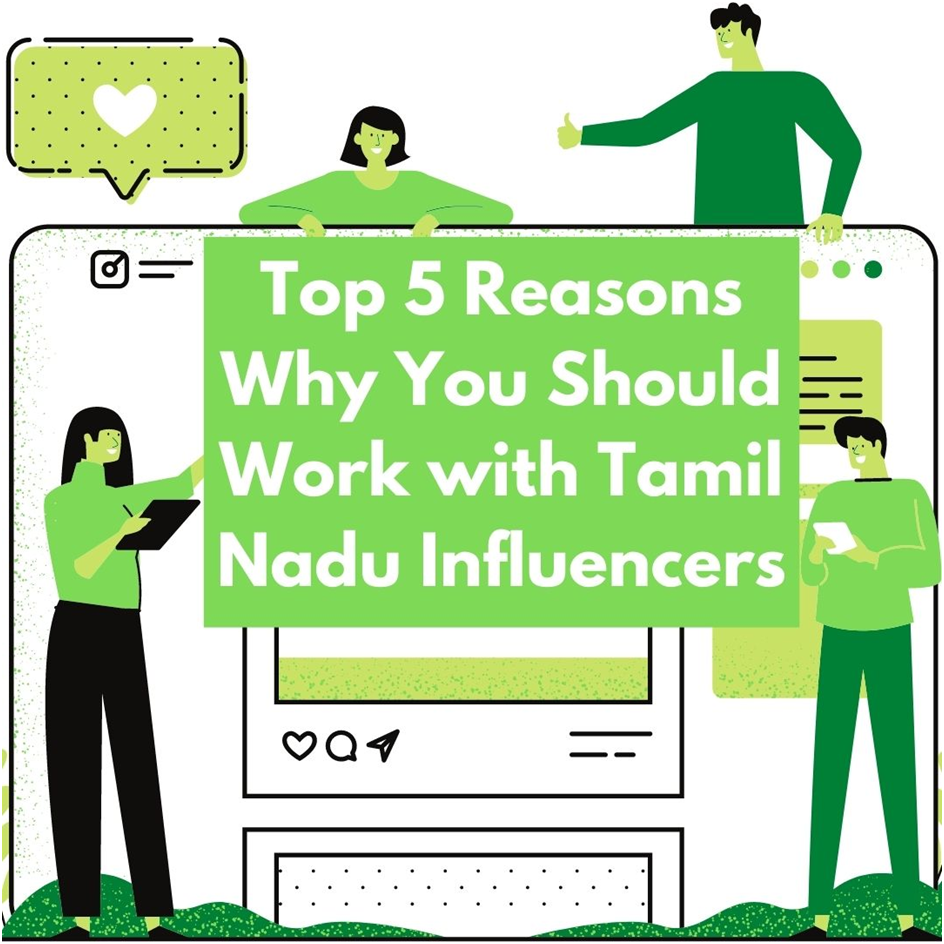 The tamil culture is very different as compared to other culture and it has been repeated again and again in many sayings that tamil culture supports and encourages anyone who comes to TamilNadu (Vandarai Vazhavaikum Tamizhagam).  In general, people are more pragmatic and they believe only if they see the end result or the outcome. In this digital age communication is widespread and it has gone greater heights which we cannot predict how far it is going to scale in the future, but one thing we can predict is there is a guaranteed growth during this digital era. Influencers have leveraged the benefits of social media to learn and earn in their area of expertise, that’s the reason why you are reading this article now.

Right from our childhood we are into the habit of listening to stories from our parents and grandparents, now they same information is provided by our influencers with a bit of research and their expertise in a nice presentation with an associated graphics to meet the needs of current audience trends.

Authenticity is the key for any success and influencers are well connected to their audience through their truthfulness and their regular connect with the people on various topics. Followers have seen different facets of the influencers; thus, they gain confidence with the influencers and it gets a feel of a next-door person. It makes life easier for Brands when they contact these influencers because they will be leveraging their years of credibility and authenticity gained by the influencers.

Influencers have an emotional connect with their followers because they have always kept them on awe, surprise, laughter, amusement and sometimes sad through pranks. This has developed a greater bonding and emotional connect between the influencers and their followers. Also, recently you would have noticed a news saying that Coimbatore airport was crowded to see TTF Vasan who is a bike enthusiast and his followers were thrilled to see him.  It reflects how media has grown and it explains various tastes of different people and the younger generation is loves to do what they are more interested and these instances explain the emotional connect.

Influencers are able to deliver the message directly because they don’t have to do lot of planning and they deliver as they are. It is again connected with authenticity of the influencer and people trust because of its originality and the direct delivery of the message about the brand or product.

There is a greater ROI due to influencer marketing and lot of statistics have suggested that influencer marketing have supported increased sales, increased customer, positive word of mouth, engagement and uptakers of the brand/product have increased considerably. In this digital age corporates or any business will not invest on top instagram Influencers unless they have profit or until they meet their KPI’s. Overall, the digital presence of the product is increased by working closely with Influencers. From the statistics we can say that 71% of marketers claimed that influencer marketing campaign had a positive impact on their brand awareness. Similarly, 67% have said that it was much easier to reach target audience using social influencers.