The oceans efforts to help us are a waste if there’s no reciprocation! 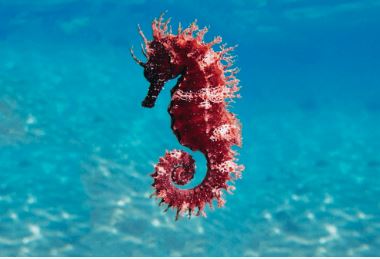 There are few elements on which we as humans can agree absolutely. While our religions, traditions, and customs vary, as do our lifestyles, languages, and practises, we all agree on one thing: water is the Ultimate Elixir of Life. It imparts a lush green sheen to the plants, shelters marine life, breathes life into desolate plains, and bestows a lovely greenness onto them. It supports life without regard for distinction. Nonetheless, we as humans are egregiously uninformed. We have been deluded by diplomatic and political aspirations, inflicting blood-lust and ruthless dominion over the one thing that has been our compassion, the Oceans.

A simple Google search will provide a wealth of information regarding the horrors committed against the seas. Leakage of plastic pollution is expected to quadruple by 2030. The consequence is deadly. According to a lifecycle analysis conducted by the United Nations Environment Program and included in their assessment, greenhouse gas emissions, which were 1.7 gigaton of CO2 equivalent in 2015, are projected to increase to an alarming 6.5 gigaton of CO2 equivalent in 2050, accounting for 15% of the Global Carbon Budget.

Additionally, the evaluations give a breakdown of litter, indicating that plastic accounts for around 85 percent of litter. It provides a reasonable warning that by 2040, plastic poured into the seas would have tripled to around 23 to 37 million metric tonnes per year. To put the urgency into perspective, this equates to around 50 kilogrammes of plastic every metre of shoreline.

The fragile aquatic life bears the weight of this careless pollution. It obliterates marine life entirely by causing hormonal and behavioural abnormalities in a wide variety of species, including plankton and shellfish. Pollution disrupts their reproductive cycle, posing a danger to the species’ extinction. A few digits suffice to convey our message. Each year, an estimated 100 million marine species die as a result of plastic pollution in the seas and oceans. Around 100,000 people die as a result of being entangled in the plastic, and that is only the amount that we are aware of. A significant number never materialises and is unaccounted for.

Each year, fish in the North Pacific consume between 12000 and 14000 tonnes of plastic. Nearly 500 places have been designated as marine animal death zones, an area roughly the size of the United Kingdom. The devastation does not end with the aquatic environment. Human beings are almost equally affected when they absorb hazardous plastics that enter their digestive systems as a result of their insatiable intake of seafood. The frightening statistics underscore the critical need for immediate and decisive action.

The complete animal Ocean Rescue Inc. is a forward-thinking non-profit marine rescue organisation devoted to accelerating volunteer involvement in marine rescue, ocean cleanup, and animal rescue. Our raison d’être is encapsulated in our slogan, “Earth is deserving.” Our industry is dedicated to cleaning up one of the Pacific Ocean’s largest waste regions.

Our mission is to create solutions for minimising plastic pollution by cleaning, recycling, and educating the world about the scourge that threatens the survival of both valuable marine life and human humans. We coordinate and manage volunteer efforts to clean beaches and coasts. Additionally, we provide lectures to raise awareness about the devastating repercussions of ocean pollution. We have a specialised team of professionals that conduct detailed assessments and studies to identify regions of coastlines and beaches that need quick repair.

We are positive that our concern is shared and that we are not alone in our attempts to address this enormous situation that we as human beings confront. We invite everyone and anybody who chooses to join us in this life-saving effort. We owe it to the seas, to the fish, and most importantly to Mother Earth that we set aside all political diplomacy and focus our efforts on preserving the few water supplies available to sustain life.