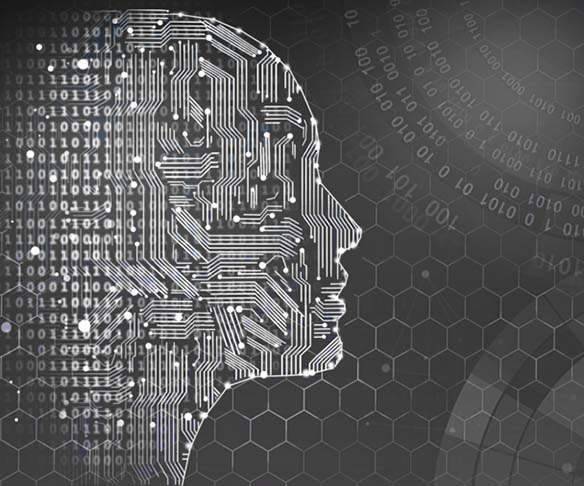 What Does IOT Means?

The Internet of Things (IoT) describes the billions of physical objects connected to the internet and collecting and exchanging data around the world. The Internet of Things has become a component of everything from medicine to an airline because of the emergence of low-cost computer processors and wireless networks.

Otherwise, stupid gadgets obtain a degree of digital intelligence by linking them together and attaching sensors to them, allowing them to convey real-time data without involving a person. The Internet of Things brings the digital and physical worlds together to make our surroundings smarter and more responsive.

Data is collected by transferring information from various devices to a central location. Data can be transported wirelessly or through wired networks using a variety of methods. Data can be delivered directly to a data center or cloud with storage and processing capabilities, or it can be staged, with intermediary devices storing the data before sending it on.

Although data processing can be done in data centers or the cloud, it isn’t always possible. The time it takes to transport data from a device to a remote data center is too long in the case of vital equipment like shutoffs in industrial settings.

Edge computing can help in these cases because a smart edge device can collect data, analyze it, and act if necessary all within a short physical distance, reducing latency. Upstream connections are available to edge devices, allowing them to transfer data to be processed and stored.

Devices that are connected to the internet are known as the Internet of Things (IoT).

Devices that are part of the Internet of Things:

In other words, anything that can acquire data about the real world and communicate it back home could be a part of the IoT network. Some examples are smart home devices, RFID tags, and industrial sensors. Temperature and pressure in industrial systems, the state of crucial elements in equipment, patient vital signs, and other parameters can all be monitored with these sensors.

Whole production robots and self-driving trucks that transport goods throughout industrial settings and warehouses are examples of IoT gadgets.

Fitness wearables and home security systems are two other examples. You can also use more general-purpose devices like the Raspberry Pi or Arduino to create your own IoT endpoints. Even if you conceive of your smartphone as a pocket computer, it could be sending data about your location and activity to back-end services in ways that are similar to IoT.

When IoT devices connect, they may use a variety of communication standards and protocols, many of which are designed for devices with little computing capacity or low power consumption. Some are well-known — for example, some items use Wi-Fi or Bluetooth — while many are very new to the IoT world. For instance, ZigBee is a low-power, short-range wireless protocol, whereas MQTT is a publish/subscribe messaging system for devices linked via unreliable or slow networks.

IoT will benefit from the increased speeds and capacity of the impending 5G cellular network standard, although adoption will lag behind that of traditional mobile phones.

There were 620 publicly known Internet of Things (IoT) platforms at the end of 2019, which was more than double the number in 2015.

IoT devices may collect far more data than any human can process in a reasonable length of time, let alone in real-time. As we’ve seen before, edge computing devices are only required to analyze the raw data coming in from IoT endpoints. There’s also the issue of identifying and dealing with data that is just inaccurate.

Several IoT firms offer machine learning and artificial intelligence capabilities to help make sense of the collected data. For example, IBM’s Watson platform, which won Jeopardy!, maybe trained on IoT data sets to provide valuable results in the field of predictive maintenance — analyzing data from drones to distinguish between minor bridge deterioration and fractures that demand attention, as an example Meanwhile, Arm is developing low-power circuits for Internet of Things endpoints that will enable AI capabilities.

IoT business applications include tracking customers, inventory, and the status of critical components. IoT for Everyone focuses on four industries that have been impacted by the Internet of Things:

Agriculture: Granular data from IoT sensors on field crops could be used to increase yields.

HVAC: Manufacturers may monitor climate control systems across the country.

Brick-and-mortar retail: Customers’ phones may be micro-targeted with offers if they loiter in specific areas of a store.

The IoT technology is a key piece of technology that will only get better with time. The advantages of having goods connected to one another are numerous. Here are some of the advantages:

With the addition of sensors, these devices can collect a vast amount of data on a variety of issues.

For example, in addition to indicating which products in your smart refrigerator are set to expire, this upgraded home item will be able to provide information on its power consumption, temperature, average time spent with the door open, and much more.

With a larger flow of data, the company behind the gadget may be able to evaluate large trends in the data and improve the device’s functioning.

Many companies are discovering the advantages of this technology, resulting in a huge market increase. In fact, by 2026, the total market value of IoT is estimated to approach $3 trillion*.

2)    Ability to track and monitor things:

It not only collects data for the benefit of the company, but it also greatly benefits the user.

These gadgets would be able to monitor the current quality of household products. Knowing the state of your possessions allows you to determine when they need to be replaced without having to continually inspect them.

3)    Lighten the workload with automation:

You may save more time and money by having a device do the majority of the work for you. Consider having your refrigerator place an order for a new carton of milk to be delivered when it reaches its expiration date. That appeals to me.

This reduces human effort tremendously. It also leads to the creation of technologies that require little to no human intervention, allowing them to function completely autonomously.

The gadget owner may save money and time as a result of it. If lights turn off automatically when you leave a room, for example, you may save a lot of money on your energy costs.

As you can see, networked devices can be used for a variety of purposes. Machine-to-machine (M2M) connectivity is supported by the Internet of Things system, which improves long-term efficiency for both the firm and the user.

Machine-to-machine communication is becoming increasingly common. From 5 billion in 2014 to 27 billion in 2024*, the total number of connected devices is predicted to rise.

In the end, all of the advantages add up to a higher quality of life. It relieves a lot of stress to have your gadgets monitor and order things for you, turn off light switches for you, and assist you in performing crucial duties that you may not have time to do yourself.

It is undeniable that people’s schedules are becoming more and more stressful as time goes on. With so many gadgets being created and new technologies being used, it’s impossible to keep track of everything. It’s fantastic to be able to do what you want while a computer takes care of the mundane activities you know must be completed.

The IoT future includes lifestyle upgrades, health benefits, and overall well-being. Regular exercisers, for example, can use wearable technology to monitor their heart rate, body temperature, and hydration to stay in shape.