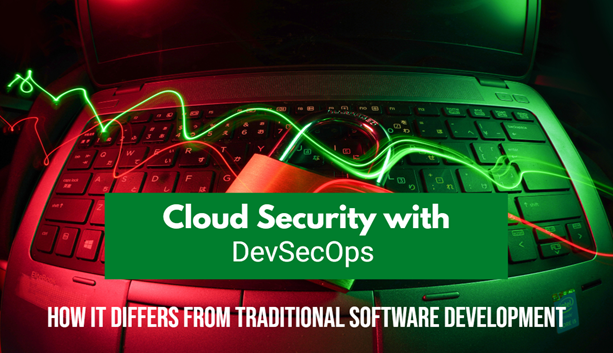 The need for faster deliveries has thrived DevOps integration to a larger scale. With the finest deliverable features and lesser security risks there is a new team player for DevOps came into action known as DevSecOps.

Those having a deeper knowledge of development and security operations in SDLC can relate the similarities between the two and their obligations on several aspects of a project during and post development.

DevSecOps is a collaboration of development, security and operations which emphasizes the maneuver of collaboration as well as promoting the use of cross-discipline teams altogether. It helps to generate a unique and enhanced insight that empowers pivoting tasks and determines the cognitive workflow.

Operations and security of the software have always been a concern for teams as they look to enhance their understanding of multiple systems in operation and further checking on their vulnerabilities.

Teams handling the security aspects of software look for insightful data to maintain security while achieving continuous concurrence in productivity standards. In order to minimize the mitigated risks, teams mostly focus on security which sometimes results in slower deployment rates.

DevSecOps is a culture within DevOps where security has been an integral part in of everyone’s job in and post SDLC.  Although DevSecOps is a part of DevOps process, DevSecOps somehow refuses to accept speed and safety equally at stances.

For developers, security needs to be at the top because they are the ones to build, test and release features to the production.

Usually, for faster deployments and release cycles, the security is given a lesser thought during the development process as this could be preluded during later stages with optimal observation. The release date of the software matters a lot to the seeking organization as well as to the developing body. But this never meant the security of the software is not an important aspect to notice.

Shipping code to the production unit without scanning the security aspects could displease the development team as well as the software seeking organization. Non-observance of development flaws could have financial and reputational damage to the business.

DevSecOps carries the responsibility of ensuring security into every stage of the development journey throughout the software development life cycle. With a combination of new tools and processes, DevSecOps lead the security check streak for both the application software and cloud resources that the app uses.

Running frequent security checks earlier in the software development process will help to secure your application software for sure. The earlier you catch the vulnerabilities, the less will be the errors needed to be resolved in later phases.

Constant delivery of security alongside the delivery could entangle the application which could be more difficult and costly.

Automatic scans and early security checks lead your development functionality further ensuring security throughout the development cycle. Continuous security checks are less disruptive than the traditional methods of security checks which is primarily done prior to the software delivery. DevSecOps is considered adopting automated testing methods in the course of development, where any fixes can be redressed as soon as it is flagged. So, the software proceeds to the production unit with lesser vulnerabilities.

For security purposes, most of the applications are now delivered using serverless computing functions where storage and database searches become an easier aspect in production which upon configuration can be easily secured at the customer end as well.

How does DevSecOps differ from traditional software development?

With DevSecOps, DevOps services and agile methodologies have come altogether on public clusters with newer versions of software being released every year. This gives enough time for the development and production teams to go through the quality checks and security vulnerabilities and carry out automated final releases of the software much efficiently.

But over the years the growth of SaaS architecture, cloud services in the public domain and microservices model has led to breaking down the application codes into smaller versions that can run independently. This breakdown has impacted the rolling releases and agile development practices pushed into production at a fleeting speed. Undoubtedly, this has helped organizations adapting new technologies and tools to innovate and grow at much-needed pace throughout a competitive environment.

All these advancement methods help the deployment rate as APIs and configuration tools allow infrastructure configuration at ease. The improving multi-tenant SaaS architecture models and related DevOps innovations has fleeted the security testing into the CI/CD pipelines. The development team makes a complete look over to the DevSecOps environment as managing fixes and testing is done by them.

According to research reports from Gartner, in 2019 more than 50% of the enterprises with DevOps services have incorporated application security testing during development through automated and continuous testing.

The inclusion of DevSecOps will effectively optimize and improve the overall security measures through of seamless integration of automated testing profile giving less pressure on the production team.

Benefits of DevSecOps in your company

Integration of DevSecOps practices into your SDLC ensures security and compliances in the DevOps as well as in cloud storage processes. There will be lesser or almost no restraint to the security of the software, lesser data breaches, more secure applications and continuous monitoring thus helping the business to innovate quickly.

Security for an application is inevitable for any company that leading their business strategy with DevOps, whether developing their application software with an in-house team or making it financially and economically easier with DevOps outsourcing. Implementing crucial testing tools with customized APIs makes ClickIT, a trusted DevOps Services company that seamlessly integrates DevOps processes to your business strategy.

Bringing top contributors from the development and production teams, its easy to develop a software with no security issues during delivery. However, with the release of newer versions of the software, it is common to see issues but with DevSecOps in practice you can rely on correcting the fixes during the time of development itself.

Testing in DevOps is invariably aligned, but implementation of processes to suit your business with existing DevOps and agile processes is important.