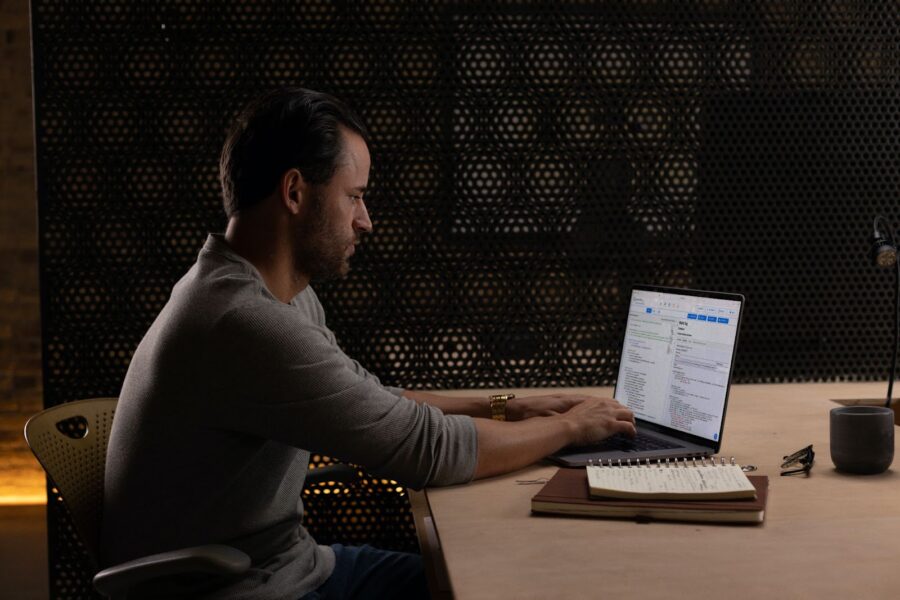 In such a competitive market, blockchain developers are in high demand. In the United States, a Blockchain Developer’s average salary is $119,483.

Who is a blockchain developer?

A Blockchain Developer is a professional who develops and maintains blockchain applications (dApp), smart contracts, protocols, and architecture.

The developers are specialized in certain areas, based on their abilities and interests according to the sort of work.

A  competent blockchain developer comprehends blockchain technology and how it works. They also understand the different technologies that are used and how to implement them into a system.

A blockchain developer must also be skillful in the programming languages used to create blockchain components.

– Ensuring the security and integrity of the blockchain

– Documentation of the code

They are those who have a solid understanding of blockchain technology and its key features. They’re also experienced in the programming languages required to build blockchain applications.

They are in charge of creating and implementing the blockchain, with assistance from core blockchain developers. They also, develop decentralized applications (dApps).

They are responsible for designing and building blockchain applications. They typically have a more technical background than Blockchain Developers.

They are responsible for designing and implementing the overall architecture of blockchain applications. They typically have a more technical background than Blockchain Developers and Blockchain Engineers.

Necessary skills to be a blockchain developer

In order to become a Blockchain Developer, you will need to have strong technical skills. Here are some of the necessary skills

Blockchain developers should understand what blockchain is and how it works, as well as an advanced level of blockchain application, integration, and advantages and challenges.

They need to have strong programming skills such as C++, Golang, C#, JavaScript, Solidity, Python, Ruby, and Java. For instance, Bitcoin was written using C++.

Independent computers called nodes are used to record, share and synchronize transactions in a distributed ledger. This means that the data is not centralized like in a traditional ledger. Blockchain developers are required to have a good understanding of distributed ledger technology.

Cryptography is a way to develop techniques and protocols to keep other people from seeing or understanding the information in your private messages. Blockchain Developers need to have a good understanding of cryptography.

A smart contract is a set of instructions that are stored on a blockchain and used to enforce the terms and conditions of an agreement between two or more parties. The contract operates independently once it has been deployed, without the need for third-party intervention. Blockchain Developers need to have a good understanding of smart contracts in order to develop and maintain blockchain applications.

How to become a successful blockchain developer?

In order to develop applications on a blockchain, you need a basic understanding of computer science. This includes knowing how your computer works (hardware architecture) and how software is created (programming).

You don’t need to be a computer science expert, but it will be much better if you understand how computers work.

Blockchain technology is still relatively new, which means the future is impossible to predict. The blockchain has the potential to be far more than a record-keeping system. This is why it is not surprising that blockchain developers are similar to entrepreneurs.

This is because they invent things that have never been done before. They are constantly researching numerous options to discover methods for overcoming obstacles they face on a daily basis. The mindset of start-ups is critical to the success of blockchain development.

Bitcoin is the most popular and valuable cryptocurrency using blockchain technology. Read [Bitcoin: A Peer-to-Peer Electronic Cash System] by Bitcoin’s anonymous founder, Satoshi Nakamoto, and think about the basics.

While doing this, read about [An Introduction to Lightning Network Apps (LAPPs): Scaling Bitcoin] that are built on the Bitcoin blockchain using Lightning networks.

Ethereum, created by Vitalik Buterin, is the second most well-known and valuable cryptocurrency after Bitcoin. Decentralized platforms run automatically as designed and can facilitate smart contracts with contracts that cannot be interfered with by third parties.

Developers are increasingly using Ethereum networks as the basis for their applications. To be a blockchain developer, you must have a solid grasp of Ethereum. It is suggested that you read [A Next-Generation Smart Contract and Decentralized Application Platform].

Blockchain technology, which is still in its early stages, is continuously evolving. In order to keep pace with changing new technologies, it is necessary to understand the flow of the blockchain industry by contacting the latest news and technology.

You need to check the latest news and information on the popular cryptos.

7. Be active in the blockchain communities

It is important to actively participate in the internet blockchain community in order to understand what is going on in the blockchain industry.

If your online community activities have become secure, expand your career as a blockchain developer by sharing your thoughts with the community.

This application is one of your portfolios.

This procedure needs a significant amount of effort. If you utilize numerous platforms, this operation will be less time-consuming. Check out Blockchain Platforms Reviews and Ratings by Gartner.

9. Reinforce your applications through the feedback of the communities

If the application you created shows high completeness, share it with the community and ask for feedback. The advice of experienced developers will play a very important role in improving your skills.

You can supplement and develop your application based on their feedback. Remember that the application you developed will be an important asset for your future employment. The better your application is, the more competitive you will be in the job market.

10. Search for a blockchain developer job

Because you have the appropriate skill as a blockchain developer, you will be able to find a job quickly. Blockchain is a relatively new technology, therefore the demand for developers will continue to rise.

You can also begin your own business or network rather than working for a company.

It takes a significant amount of effort and time to be a blockchain developer. Despite this, becoming a developer is always possible, and if you take one step at a time, you will be able to achieve enough results.

Blockchain technology is a complex one, but it is still relatively new, so there’s no reason not to start now. If you don’t give up, there will be favorable outcomes.

As a blockchain developer, you’ll be on the fast track if you keep up with technologies, stay up to date on the newest technology trends, and participate in the community by putting them into practice.

Joshua Choi is the founder of learningsmartly.com, a website that provides people with information and resources on how to learn new skills such as technology, business, language, and personal development. He is passionate about learning new things and enjoys reading and playing golf.