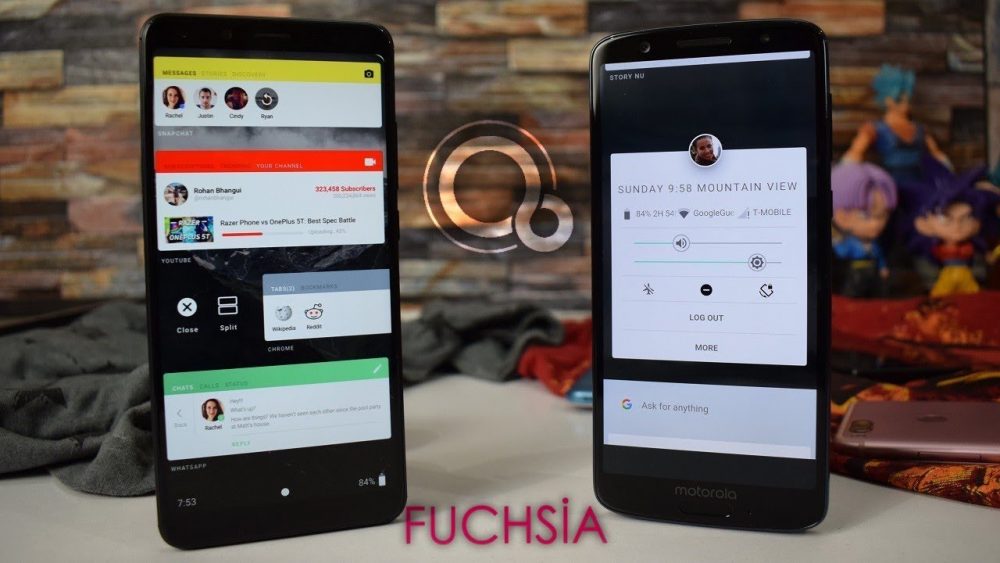 There is no doubt that Google is always ready with something new for their audience. Google has had already given so many products and online services that are helping us in our day to day lives. Google is known for it amazing mobile operating system i.e., Android and it is the most used OS all around the world. It is safe, trendy and simple-to-use OS that make our smart devices actually smart. We can do anything with the help of our Android devices today. We can order food, book our taxi, purchase grocery and can get it delivered. Though it possible with the on demand apps but these apps are running on the OS.

However, according to Google’s new plans it seems like the legacy of Android may get broke soon. Yes, Google has come up with their new operating system that to be called as Fuchsia. This operating system is developed in such a manner that it is capable enough to work on any device i.e., mobile phone, tablets as well as desktop computers & laptops too. It is said that Fuchsia is completely open source platform just like Android and may even share some feature of Android too.

The company Google is also likely to change the name from Android Authority to Fuchsia Authority. Now, this can give you a good hint that Fuchsia is ready to replace Android. Rumours have been heard that Fuchsia may also replace the Chrome OS too. The working of this new OS is based on its Kernel version which makes it the lightest operating system in the world. It even allows developers to customize it in the way they consider it better for the users.

If we talk about Android then it is known to be the best mobile operating system till now just because of if features and functionality. Recently released Android Pie is known to be the most intelligent mobile operating system for smartphone users. But, Google says that Fuchsia is way much better than Android. It has been said that Fuchsia is an operating system which is friendly in connecting other smart devices. The synchronization and navigation is way much simple in Fuchsia. It is as simple as turning ON & OFF the switches.

It is being seen that the apps that looks perfect and works great on Android and not as they are actually on Chrome OS. It seems like the apps are more stretched on the screen on Chrome notebook. Well, in Fuchsia this problem has been completely removed as the same OS will work on your mobile and the same will be for your laptop too. Fuchsia optimizes the apps perfectly according to the device screen size and resolution.

Google has already said that with Fuchsia, the voice assistant functionality will be way much better than the Android. It will perform complex task rapidly with even touching the device.

What do you think? Android will be replaced by Google new Fuchsia OS or not? Well, it’s a good OS and even be a better future platform too.