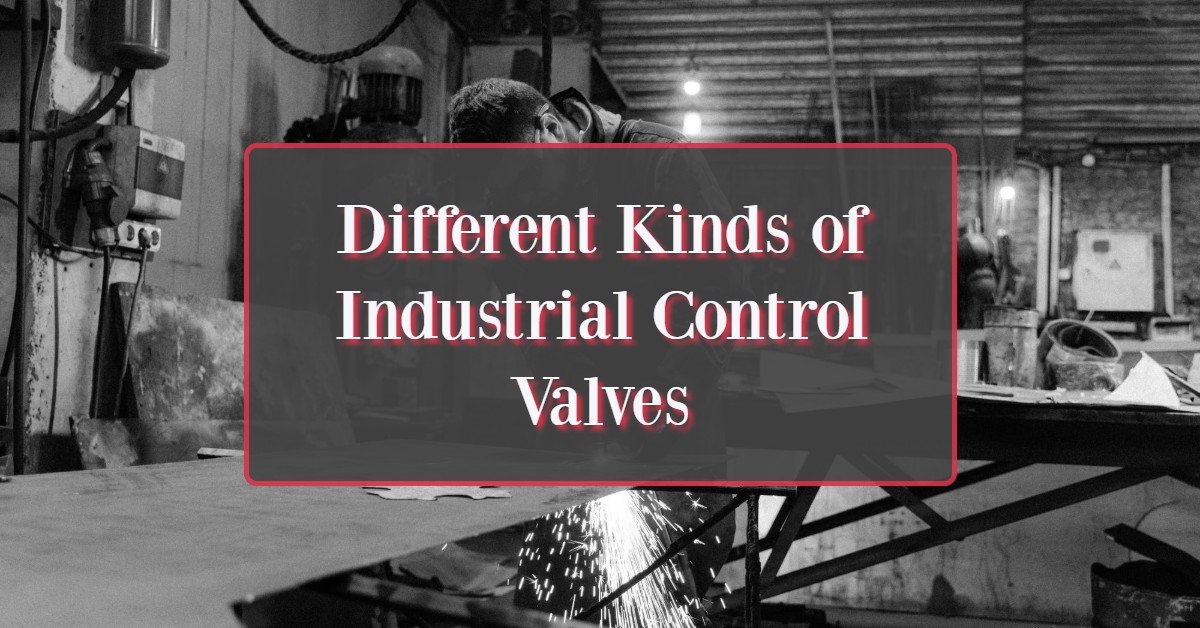 In any industrial process that involves gas or liquid flow rate measurement, control valves play vital roles in ensuring that flow rate is measured accurately. Control valves are also used in domestic environments such as the kitchen sink. Other valves are used in controlling propane gas into gas stove burners.

Control valves used in industries are built uniquely to handle harsh conditions when measuring the high-pressure flow of liquids or gases. They are also designed to last a long time without breaking. The majority of industrial flow systems won’t function properly if heavy-duty control valves are not used.

Below is a list of flow controller valve types used in industrial processes involving fluid or gas flow. Read through to understand how they work and their appropriate applications.

A metal gate moves up and down in a channel for opening and closing when using gate valves. Flow is allowed into the channel when the gate is raised, and when it’s lowered, it obstructs the flow inside the channel. Gate valves have been there for decades now and are often regarded as on/off or isolation valves. These valve types have fewer moving parts, making them simple enough to be produced at low costs. The drawback of gate valves is that they don’t control flow accurately due to their simple design. Most gate flow control valve types are used in applications that use water.

On/off valves are different from control valves because on/off valves can only open (on) or shut down (off) flow completely. Gate valves are also called isolation valves since they can effectively shut down flow into a system or a section of a system. This is done mostly for maintenance purposes. On the other hand, control valves modulate the flow rate of liquid or gas by letting in or out varying degrees of precision.

A butterfly flow control valve is made up of a paddle, and a channel fixed on a central axis. The disc-shaped paddle opens or closes the open channel by spinning. Butterfly valves are also isolation valves because they offer little flow control by allowing large volumes of gas or liquid into the channel.

Flow obstruction is hardly possible when opened because the paddle is positioned parallel to the flow. Although butterfly valves are often limited to large-volume applications, they are easier to control using remote actuators than gate valves.

Both butterfly and ball valves are referred to as quarter-turn valves because the disc-shaped paddle or the perforated ball turns 90 degrees between the fully closed and fully opened positions.

The globe valve has an S-shaped channel that raises and lowers gas or liquid flow. Globe valves can regulate flow rate more accurately than other valves because they are designed as control valves. Depending on the user’s requirements, the orifice in the middle can be larger or smaller in globe valves since it has many valve bodies with inner parts that are interchangeable. Compared to other valve types, globe valves restrict more flow more than other valves; ball valves.

Manufacturing control valves takes several steps regardless of the type of valve being produced. First, the casting of valves makes the inner parts and the body more durable. Second, areas that connect to pipes should have mechanized threads to complete the body.