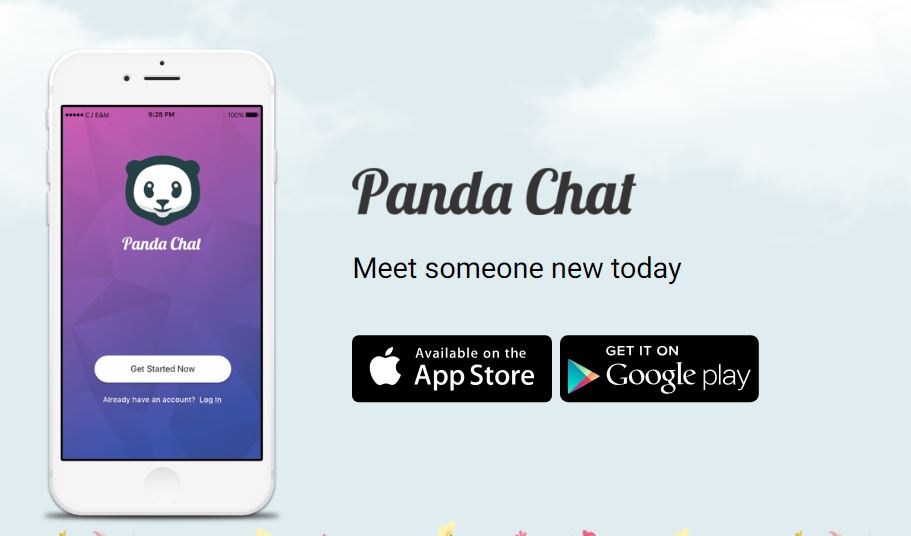 Panda has introduced the next ridiculous social feature that other social media apps such as Snapchat and Instagram will be eyeing like hungry little birds. This unique start up has always been credited to bring silly out of the box features, but now, they have introduced the augmented reality feature through speech recognition.

What this video messaging app really allows you to do is that it will bring a 3D image into your video based on what you say. For example, you say, “A dinosaur is running behind me”. The app will automatically bring into the screen a 3D dinosaur. Or for example, you say I want to get an ice cream, an augmented reality ice-cream will appear in your hand.

What it is essentially doing is eliminating the need for you to spend any time at all in searching for any filter of your choice. As you say what you do, the app will automatically bring in these 3D images in the screen in real time while you are chatting.

Many people look at Panda as just another messaging app. But in fact, it is quite the opposite. Panda is really a fun and interactive. It is a video chat app. that’s unique in its own right, but it is not just that. It is quirky and definitely out of the ordinary.

That has quite definitely changed the way we look at visual communication. It has enhanced our conception of how we can communicate using fun ways in our video chats. It is a lightweight and smart app which was created by a team of five very enthusiastic people who did everything with a funding under the $1 million mark.

It’s so quirky because

The youth is not the same as it was 10 years back. Ambitions have become bigger and possibilities have become infinite. There’s nothing really that we can’t do. This is why this amazing little video chatting app was created by an 18 year old. Daniel Singer had already built a few apps that did not work out but once he met with Arjun Sethi, his buddy who also happened to be an investor in Social Capital in San Francisco, he knew this one could be done. They both did a little research, put in some moolah and just went for it.

What he had been using since quite a while was the FaceTime option in Apple phones. He loved video calling, and speaking to people and sharing his stories. But he found there were many times when he really wished to express something but couldn’t, even on a video call. Although Video calling was better than Snapchat and Instagram for him, it had no creative extension to it. So, a video was a simple video only. One couldn’t add real time filters and stickers onto it.

So, the biggest factor behind creating Panda was to be able to generate a healthy combination of FaceTime and Snapchat. Singer was definitely bent towards creating a video based app but which had the added creative facility and option like sticker and filters that Snapchat.

Is that so tough?

Indeed. It is very difficult to basically create a video chatting app. So, this teen developed an app along with his team with certain limitations such as 10-second-max asynchronous video messages. Now, within a very short time Panda’s iOS app has been able to incorporate about 200 varied voice activated stickers from footballs to sleepy Zzzzzs to a “&’%!#” cute little restriction bar that sits on top of your mouth when you start swearing. To make them go away, all you need to do is give them a little tap. They can also be dragged to be repositioned. As you activate the special effects for the first time, they go into a prize case that gamifies voice testing.

The digital space is evolving at lightening speeds. Today, there’s hardly anything that is not possible. With a good programmer and some exceptional coding skills, one can achieve the best results. There is no shortage of talent in the world today and soon we are sure to happen upon many other amazing applications. For now, Panda has truly broken the conventional chatting patterns with its unique AR voice recognition 3D images. Let’s wait and watch what the future holds.