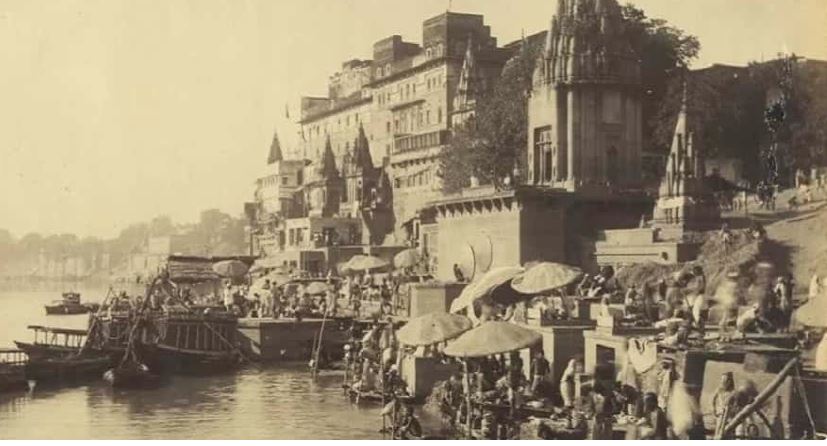 Varanasi is one of the holiest and the oldest living cities in the world. Its history dates back to centuries ago and is filled with tales of gods, goddesses, philosophers, and emperors. Over the years its value as a spiritual destination has grown so much that people truly believe that anyone who breathes their last in Varanasi will attain moksha. The city is all about the deep-seated culture which the people have preserved with unwavering faith for so long now. To learn more about the vast history of Varanasi in real-time, then these are some places that must be visited:

8 Best Places to Visit in the Holy City Varanasi, India

Established in 1780 and dedicated to Lord Shiva this divine temple is among one of the must-visit temples. The temple is home to three pure gold domes which rise up to a height of 15.5 meters and see 3,000 visitors on a daily basis. Located close to the banks of River Ganga, this temple was visited by well-known saints and scholars from all over the world like Adi Shankaracharya, Swami Vivekananda, Goswami Tulsidas, and Gurunanak among others.

Out of all the Ghats in Varanasi, which is a lot, Dashashwamedh Ghat is one of the most popular and magnificent Ghats in Varanasi and is also very lively. The Ghat was built by the great Peshwa Bajirao in 1748 and it is the same place where Lord Brahma had sacrificed 10 horses to perform a Yagya. Devotees gather here in order to perform different puja rituals and religious activities. In the evening it is the site for glorious and endearing Ganga Aarti which adorns the entire bank of River Ganga while in the morning it is the site for rejuvenating walks or meditation.

Do not litter this holy and sacred site.

This 17th-century fort is located on the eastern bank of the Holy River Ganga. This is the perfect spot to get some peace from the ever-bustling streets and Ghats of Varanasi to gaze at the setting sun. The palace also houses a museum within it that displays a collection of vintage American cars, chairs with jewels adorned on them, a magnificent weapons collection along a unique astrological clock. Plan and visit this place during Ram Leela when the vibrant celebrations take place in the compound located close to this fort palace.

This temple is dedicated to the Hindu god Hanuman and was established during the early 1500s by the famous Hindu preacher, poet, and saint Sri Goswami Tulsidas. Located on the banks of the River is close to Banaras Hindu University, it is said that the temple was built exactly on the spot where Tulsidas (the author of Ramcharitmanas) had a vision of Lord Hanuman himself. On an everyday basis, thousands of devotees of Lord Rama and Lord Hanuman flock here and offer their prayer.

Located within the Banaras Hindu University campus this temple is among one of the biggest local tourist attractions and is dedicated to Lord Shiva. This temple has the tallest temple tower in the world which was constructed in the duration of 35 years. There are nine temples within the temple and welcome people from all the different castes, religions, and beliefs. The entire temple’s design was deeply inspired by the Kashi Vishwanath Mandir and is primarily made of marble.

This temple holds the reputation of being one of the most visited temples in the Holy city of Varanasi. It holds immense importance and relevance in the hearts of devout Hindus since this is the exact place where the Hindu epic Ramcharitmanas was written originally by the poet, saint, and worthy reformer and philosopher, Goswami Tulsidas during the 16th century. The entire temple is adorned with paintings and sculptures depicting the events from Ramcharitmanas. A visit there will fill you with immense peace and calm.

Constructed during the 18th century and dedicated to goddess Durga this temple holds immense religious importance to devout Hindus. Built-in the North Indian Nagara style of architecture the entire temple is painted in red color and one can spot it from kilometers away. The temple itself is covered in appealing and intricate carvings and engravings dedicated to the presiding deity. There is also a Durga Kund (pond) present near the temple where various religious processions and rituals take place.

This is the southernmost Ghat in the city of Varanasi and is known for being one of the most favored Ghats here for festivals and recreation activities. On a daily basis, this Ghat sees almost 300 people while during festival days it is home to 2500 people, every hour. This vibrant Ghat has numerous engaging activities taking place like boat rides, daily talent shows, hot air balloon rides, and numerous eating joints. This Ghat is also the place where Tulsidas is said to have passed on to his heavenly abode.