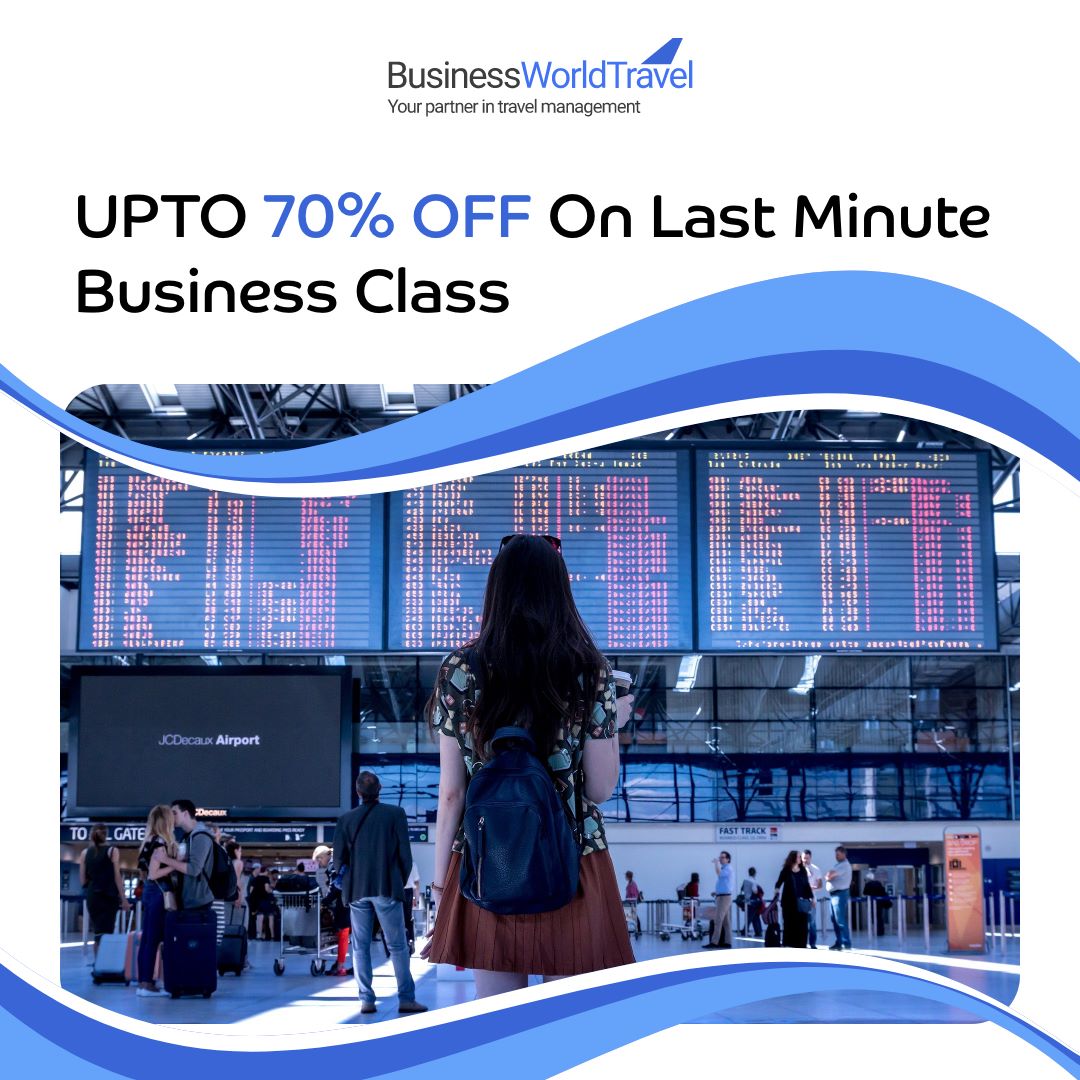 Half a decade back, it was reasonably easy to buy cheap aeroplane tickets two to three days before the actual flight or even maybe a couple of hours before the flight! But ever since low-cost flights entered the scene, it has become pretty hard for consumers to snatch last-minute deals, making it nearly impossible. Today, waiting till the last moment to book a ticket will be a bad idea as the cost of the flight is lower on the day it is released, and they gradually climb before the date of the flight.

But what if you had an urgent business meeting to attend and you wanted to book last-minute business class tickets, or you had a sudden urge of going off track from your routine and just travel to a comfortable place? Will you pay those ridiculously high flight ticket prices? Usually, you will. But there’s a chance where you can pay a lower price than the ticket price that was booked three months ago. Airlines often offer a last-minute special deal to fill empty seats and avoid huge revenue losses. Here are four ways in which you can save money on your last-minute business class flights.

1. There are last-minute deals you can make the most of:

Airlines will usually offer last-minute deals on flights that depart on Fridays and Saturdays, and the deals are released on Mondays, Tuesdays and Wednesdays. You can look out for these deals by subscribing to the airline’s newsletters, which is one of the fastest ways to learn about these deals. You can also sign up for the airline’s frequent flyer programs, where you can collect points and use them for certain perks like seat upgrades and discounted hotel rates. Also, you can utilise these points to get a discount on your flight tickets too!

You can make the most of last-minute travel deals by being spontaneous and flexible with your travel plans. You should be more flexible even with the flight dates too. When you conduct in-depth research on ticket prices online, you will notice that flights that take off from airports that are pretty out of the way from the city often goes for quite a lot cheaper. So be prepared to drive out to such airports if you want a cheap flight ticket.

If you have found a fantastic last-minute business class ticket and you are still thinking about booking it, then remember that there will be many other who will be closing on the deal as well. Cheap tickets like these sell like hotcakes. So, if you find one, make sure you book it right away

without having any second thoughts. Also, make use of promo codes and other third-party services offering heavy discounts on your flight tickets. Whenever you are trying to fly out on a last-minute flight, make use of all the tools available – like these discount codes and promo codes, and even apps that offer cheaper flight ticket bookings by offering you an alert when a sale is on.

We are not asking you to ditch your travel partner! But the truth is, when you are trying to book a last-minute business class ticket, you will have more chances of grabbing a deal for one rather than for two tickets. However, if you are travelling alone, make sure you have a flexible window allowing your group to book tickets individually and make the most out of the last-minute deals.

Last-minute flight tickets are not only great for travelling last minute for relatively cheap but also raises your chances of getting a business class seat over an economy one. This makes it easy for you to travel inexpensively without compromising on your travel comfort. You will be flying with all the bells and whistles of a luxury flight, that too for relatively cheap. With that, you are now ready to book your last-minute flight ticket!