How to create a QR code yourself for free 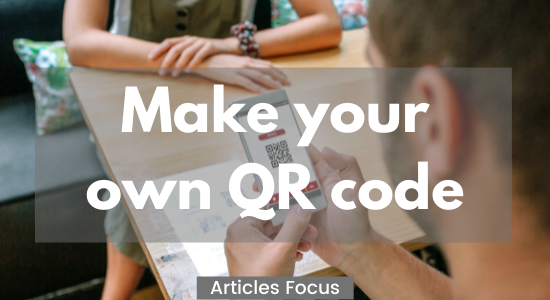 The popularity of QR codes is easily explained by the development of technology, the widespread distribution of phones with a good camera, and the availability of fast Internet.

How to decipher a QR code, encrypt it yourself, and what it is needed for – we will tell in this article.

It is not surprising that the technology of QR-coding began its distribution around the world from the most high-tech country – Japan. Initially, the technology found application in the automotive industry but was so convenient to use that it quickly went beyond the industry.

Today, there is a QR code even on a visa. Externally, the QR code is black squares arranged in a certain sequence on a white background. The encoded data can be read using a mobile device with a camera, and then recognized in a special application. The essence of the QR code lies in the name: translated from English, quick response is translated as “rapid response code”.

How to decrypt a QR code

Let’s say you see a QR code. It doesn’t matter where — in a magazine, subway, museum, or even on a receipt from a grocery store.

How do you decipher this intricate sequence of black squares from a mobile phone?

Read Also: Articles Focus- How to Clear my android Clipboard

The instruction is very simple:

If the reading was successful, then an offer to perform any action will appear on the screen – click on the link, make a call, save a contact, send an email, and others.

How to encrypt a QR code

Let’s say you need to encrypt a QR code. It does not matter for what purpose – a link to a personal website, a business card, or an e-mail.

There are several programs and applications to create your own QR code. They are quite simple and intuitive to use, and some offer additional features that can make your QR code special.

QR Code Generator is one of the simplest generators with an interface. To begin with, select the type of data that you want to encode, and then follow the instructions of the encoder.

QR goqr.me offers not only to colour the code and round its corners, but also to add your own logo. At the same time, the code does not lose its functionality: the additional design does not affect the ability to read the encrypted information.

Qrcode-monkey in addition to generating code, it also offers to immediately apply it. And in the most effective way: print on a T-shirt, baseball cap, keychain, mug, order stickers, and even a child’s drooling.

In Germany, QR codes are part of the system of protection of bicycles from ingress. You need to print the code on a durable sticker, register on the site and stick it on the bike. You can recognize and read the code using the Fahrradjäger application. If the bike is listed in the database of stolen, the owner will be sent a message. With the help of QR codes, many thefts were prevented, and 38 bicycles have already found their real owners.

Unusual design coding has become another spectacular way to pay attention to the information encrypted behind the code. Talented designers of different spheres from large brands to computer games did not fail to take advantage of this.

The most common and unusual ways to use QR codes:

Probably the heaviest QR code was stolen by vandals near a monument in Odessa. Who and why needed a plate weighing one and a half quintals, history is silent.