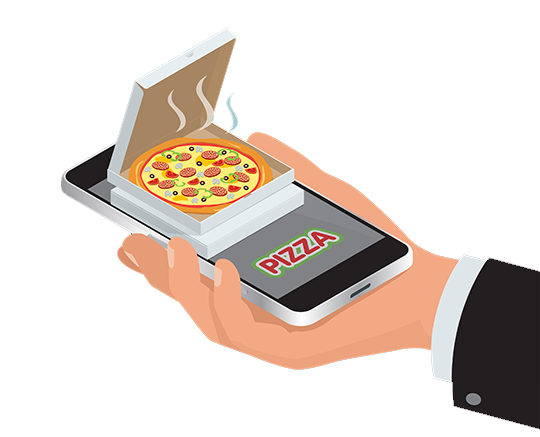 Has it always been a dream to start off your own business? Have you always wanted a break through idea that you could call your own business venture but other external factors such as the fear of risks involved, lack of knowledge in the industry or a tiny budget held you back? Well, if that is the case, you can park your worries outside because today we are going to discuss exactly how you can become the owner of one of the most profitable food delivery business ventures in the world known as the Gojek Clone App in less than a week’s time.

Does this sound too good to be true?

Often, when people come across business stories or opportunities that come across as too good to be true, it is because they are. It is hard to wrap your head around the fact that one could easily harness the prowess of any kind of business in less than a week’s time. But think again. Every big idea seemed far fetched at some point. At least until people actually turned it over and made it into something valuable.

That is the same case with the Gojek App. This application is almost like a culmination of digital advancements, technological growth and good old fashioned human services. Before we get down and dirty with how you can build your own business around this app, let us first understand what the Gojek app comprises of, how can you procure a clone of the app and then move on to the 7 days food delivery business launch part.

So, what is Gojek?

Gojek is one of the world fastest growing app based service provider business. It started initially in Indonesia and was named Gojek because the primary role of the app then was to offer bike taxis. Bikes are called Ojeks in Indonesia and therefore, it made sense to name the app Gojek.

Now, the app was designed to make sure that any one who owned a bike could offer a ride to people and make money out of it. It became very convenient for customers as well, whether it was the locals or the tourists, because they would be able to find a ride quickly and easily, without having to go through any grueling bargaining session.

The app found itself very popular among everyone and evolved into a multi service platform which could now offer food delivery, grocery delivery and many other services along with bike rides. While this business took off in Indonesia it is also the proof of concept that it will work well worldwide owing to its symbiotic nature.

Where can you get your Gojek Clone App?

Ever since this app became so popular, many entrepreneurs saw its potential and set out to get their own versions of this app customized to their local regions. However, the IT world moves very fast and as developers saw the growing demand of the Gojek Clone App Script; they started building ready made apps.

This meant that they would clone the Gojek app and prepare a ready script for anyone to purchase and launch as their own business. The only thing one would have to do is look for a reputed and reliable white label on demand mobile app development company that does business all over the world.

This will ensure that the app that they make takes into consideration any and all sorts of custom requirement that may be required where you planned to launch the app in. For example, if you are in a non English speaking country, you have to make sure that the app can be integrated with your local language and currency.

What’s all this about the 7 days?

Well, as mentioned above, developers have already built and structured the Gojek clone app. This means that they have already broken open the primary Gojek app, studied its code, replicated it wherever needed and then enhanced it with their own updates and code strings.

Now, all that is left is personalization. This is where the role of the White Label mobile app development company comes in. A white Label company offers a blank label on the app. This means that when you make a purchase, the app is completely reskinned with your color themes, your logo and brand name and of course any other credentials.

The app assumes a new identity under your banned is launched using your server credentials on the Google Play Store and the iOS app store with your account. This process of white labeling takes almost 4 to 5 days based on how quickly you can provide the company with the details they need for the same (like your logo file, your server creds and so on and so forth). Once that is done, your app is ready and out there in the market and you can start making money right from day one.

Prepare a little in advance

While you will be able to start your food delivery business with the app in just a week’s time, it is always better to plan and prepare a little in advance. This should give you enough room to sort of create a beautiful marketing strategy and hit the market with the oomph that the app deserves.

Another important thing is that once you have finalized the company and the app that you want to go ahead with, make sure that set aside some time to try out the app before you purchase it. Take a free on road live demo of the app by downloading it on multiple devices so that you are completely prepared with how the app behaves and what you should expect from it.

This is one of the best times to enter the market with a multi service app-based business because more and more people are migrating towards a single app for all purposes model. Hope this information helps you in your entrepreneurial endeavors. All the best.