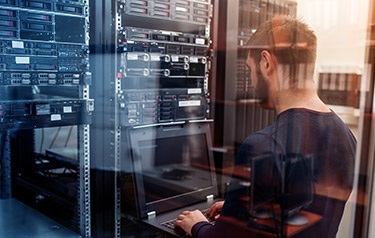 Ever removed or blocked someone on social media? The internet has acted as a transformative force in almost all ways of modern life. From cybersecurity consulting to research to learning, the internet has truly been the face of globalization. However, it may have far deeper roots in our lives than you would have imagined. Roots that go deep enough to make an online social media interaction extend into the real world!

A recent study from the University of Colorado Denver seems to indicate this may be the case. The simple act of removing someone on social media could in turn trigger a series of consequences that extend outside the digital realm. Read on to find out more about how social media has transformed human interactions in previously unforeseen ways.

What The Study Found

A team of researchers from the University of Colorado surveyed over 500 people on Twitter. After collating and analyzing the responses, the studies found an interesting correlation between online and in-person interactions. Namely, that people would avoid meeting people who unfriended them or removed them from their social media account…in real life. With 10% being undecided, and 40% confirming they would not meet the person, this is a surprisingly huge number of people.

Another surprising yet unexplainable fact emerged in the study. It seemed that female social media users were far more likely than males to avoid somebody who unfriended them. Researchers remained unable to narrow down the reason for this disparity. But the genders behaving differently is unarguable.

Changing Social Interaction Norms How does something as intangible as an online interaction impacts our real lives? This is not exactly a new phenomenon. Perhaps our cave-dwelling ancestors might think the same of the incomprehensible (to them) sounds we call words if they saw

a Shakespearean tragedy. Communication takes many forms, from letters to scripts to notices to even broadcasts. Different types of messages generated different types of emotional responses in the olden days. Newspapers could influence narratives. The power of words is a definite factor in human reactions.

Social media just adds another dimension to it. Of course, it is a big transformation. Online social interactions are far more public, depending on your privacy settings. Depending on what you share online and how frequently you do it, you are very visible to other users. And in such a setting, something as public as being cut off on a social media platform could well turn out to be emotionally traumatic. Not only would one have to process the event, but one would also have to deal with more inquisitive questions than many older generations would have to.

Of course, the social media phenomenon remains unparalleled. With billions of users on Facebook alone, there seems no limit to what social media cannot accomplish. Advertisers, businesses, and even social media marketers make extensive use of it. But that’s all because the userbase continues to grow. Many social media platforms are as near to universal communication as we have ever been in the past. However, not many people anticipated just how much it would transform our social behavior, and how it continues to do so.

Factors That Could Indicate a Greater Risk

Researchers involved in the study determined a definite drop in real-life contact when removed on social media. But they also went a step further. Several steps, in fact. The author, Christopher Sibona, seems to have isolated 6 key factors that could help predict someone avoiding a person unfriending or blocking them. Let’s call our hypothetical character A, and the person unfriending them B. A would be more likely to avoid all contact (digital and personal) with B if:

B discusses unfriending A after the event.

A and B live in the same area or locale.

B unfriended A after discussing conflicts.

If A strongly valued B’s presence before the event.

There can be any number of reasons for someone to unfriend a person on social media. Some people develop views others don’t agree with. Some may have different political leanings than others. Others may have unacceptable social views. Some people are toxic. Others become emotionally draining. Sometimes, people simply drift apart. Social media interactions may be instantaneous. But they’re still not a good enough substitute for an in-person discussion.

Things tend to get lost in translations. Text cannot often convey underlying emotions. And people can say stupid things when under emotional stress. It is important to note that an abusive relationship, whether in the real world or in the digital one, is every bit as traumatic either way. However, some people may often be genuinely unaware of the behavior they manifest online.

We all have our blind spots. With so many variables, including how your worldview changes as you grow old, it is inevitable to lose friends along the way. Of course, online interactions are very easy to maintain and even easier to cut off. But they will leave a lasting impact that reaches beyond cyberspace.

Reasons Why Investment in Solar Panels is Smart Move