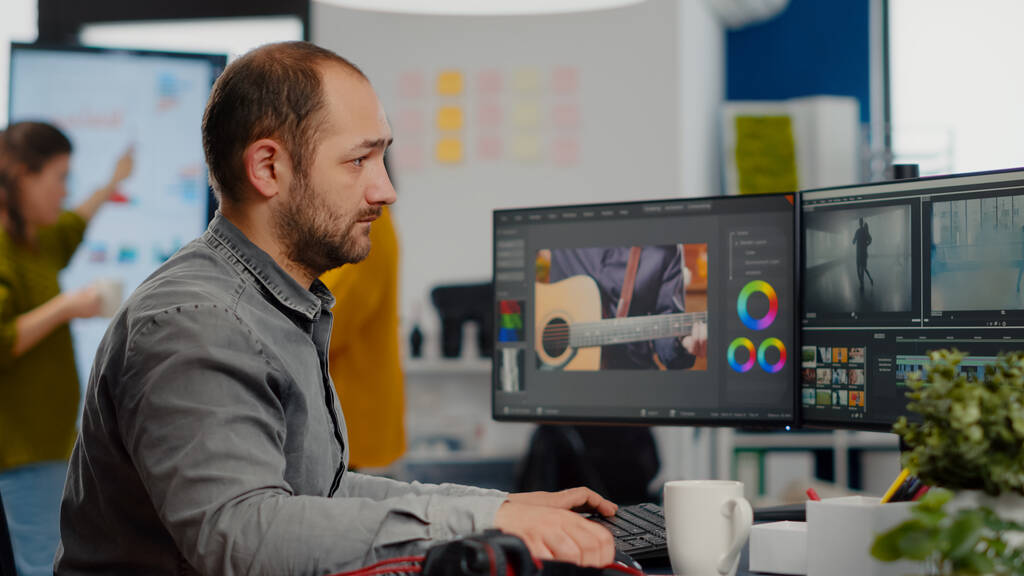 The evolution of video editing techniques has attained a frenzied pace in the past few years. With social media, video editing has become a necessity more than a hobby or a vocation. Think of filmmaking. Think also of TikTok or Instagram Reels: quick transitions and dynamic imagery delivered within seconds. There are also YouTube videos to consider, where creators are able to churn out content at the speed of lightning. Besides social media, we are also making more movies and TV shows than ever before.

Filmmakers and video editors, naturally, are highly in-demand today. Few jobs offer the pay or the growth opportunities like that of video editing gigs. The increase in competition has translated into an increase in quality too. New techniques and ideas are springing up every day. While this may be amazing for us as an audience, it can really be a painstaking process for video editors or content creators.

Whether you are a small business owner, a content creator or a video editor just starting out, learning the basic techniques will help you for a lifetime. Using these techniques, you can learn about the history of video editing, the current trends and the possibilities of the future.

Placing one clip after another is what a standard cut is. Also known as the hard cut, this is a simple video editing strategy and the most commonly used as well. It could involve the switch between multiple clips in only one scene. So a conversation between two characters will usually be delivered with a standard cut. Also, it could be a continuation of a clip from another angle placed for a creative effect.

These creative video tips must be tried by those just starting out their video editing journey. Editors do not need to use fancy transitions to get their message across. Sometimes, simplicity is all you need to do the job.

A jump cut is another great creative video editing idea. It involves cutting between two scenes of a similar place with a seamless transition. It can also help switch between two different angles of the same scene. The flow of a video or a movie can be creatively controlled using jump cuts.

They are most commonly used to show the passing of time. Whenever you are executing a jump cut, you want to ensure that the clips flow naturally out of each other. The resulting video should not look jarring or out of place. It would be a good idea to bind the different shots with a soundtrack.

The J cut is a split edit cut that involves transitioning the audio and the video at different times. The resultant edit shapes up like the letter J. A J cut involves playing the audio of the forthcoming clip in the preceding clip. Basically, the audio from Clip 2 is leaked into Clip 1 to immerse the viewer into the next scene before it even occurs.

The J cut is one of the most engaging cuts in cinema and creative videography. It is an awesome creative video tip that will spice up your next video.

The L cut is the opposite of a J cut. In an L cut, the audio from the preceding clip leaks into the next clip, again improving the immersion of the viewer. Most documentary movies and interviews use J and L cuts. These are effective video editing tools to enhance the speed of slow content naturally.

Imagine a scene in which a person is digitizing old movies using a video transfer service software. The music from that clip is transferred into the following clip, where the person is watching their newly digitized movie. Engrossing, right?

No other cut is better than the montage in showing the passage of time. It is one of the most evolved video editing ideas. Days, months, and even years can be encapsulated in a montage. It is a great tool to show the growth of a character or the round-up of a day, or the overview of an episode.

This video editing technique is commonly used in travel videos and vlogs to show a transition of destinations and time. There is something about a montage that translates journeys into digestible packets of video, always leaving us pining for more.

When action sequences have to be put together, editors must blend their cuts as naturally as possible. To cut on action, the editor must change the angle at the moment that the action occurs and not after it.

Cutting on action is one of the most essential video editing ideas to make your fight scenes seem realistic. The viewers are predisposed to expect a change in angle at the point of action. Essentially, this means that you tie clips together by inserting an in-between cut.

Great filmmakers are in love with cutaway shots. Cutaways are shots that pan away from the main characters and show their surroundings to develop a narrative to its full potential. In doing this, editors ensure that the context is set, the scene is rooted in realism, and the audience stays attentive to the details that drive the story. This is why cutaway shots are also called ‘establishing shots.’ Cutaway shots can involve cutting in clips of the place and the location of a scene.

Cutaway shots work whether you have the character in the frame or not. To effectively retain audience attention, keep in mind not to cut away for more time than is necessary.

The cross-cut editing technique is also known as parallel editing. It involves cutting between two different scenes happening parallelly at different places. Cross-cutting makes a scene exciting and filled with tension. Cross-cutting can also be used to show conflict or to make a scene more endearing.

Imagine a scene where an older man is preparing an anniversary gift for his wife. He picks up his marriage tapes and begins to transfer video tapes to digital. While in a parallel frame, the wife is planning an anniversary marriage ceremony. Quite the heart warmer, isn’t it?

Filmmakers use match cuts to give a symbolic purpose to a shot. Scenes that are visually similar are ‘matched’ and connected together. The transitions are placed to lend realism to aspects like the passing of time or the occurrence of an event.

Match cuts are especially useful to dramatize a critical moment in a film or to fasten slow parts. The match cut is a creative video tip that you must pass on to your fellow editors!

Creativity knows no bounds. The smash cut is a testament to that statement. Smash cuts involve jumping from one scene to another using a dramatic transition. Smash cuts are great to show the contrast between two completely different scenes. The transition is filled with a quick ‘smash’ of clips. The two scenes establish conflicting personalities.

The smash cut is also called the opposite of a match cut. That is because instead of matching similar scenes, the smash cut creates a contrast.

Always stay on the lookout for these cuts and transitions when you watch your favorite movies. These video editing techniques are becoming better and better every day. If you are just starting out, choose software that is easy to grasp. Remember that learning video editing requires constant effort. It is a dynamic art that will only be perfected by constant practice.