Basics of a Firewall 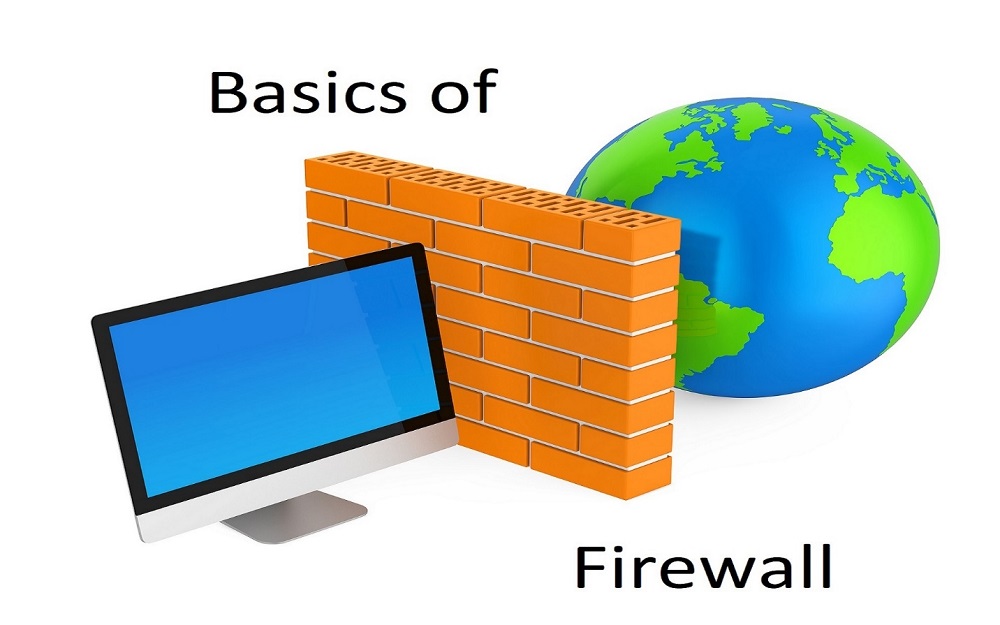 Internet is a private network which is heavily protected by many different networking devices such as a router firewall proxy server DMZ honeynet IPs and IDs. Firewalls are used to protect a network from external threats using a variety of methods. We will learn about five major functions. Number one port filtering/ portal filtering is also called port blocking. A port number means a certain application use different port numbers portal filtering is a function that allows or denies a certain application by opening all closing ports opening port 80.

Number two function Mac filtering MAC address is media access control address is a unique identifier assigned to a device network interface card or NIC it is a devices physical address this option is useful because the MAC address of a specific NIC never changed.

Number 4 function of the firewall is accounting the filtering and is also called information filtering in the most general sense counting. The filtering can include a filtering application such as emails, web page in a narrow sense counting the filtering is a blocking websites by a matching strings of characters such as hate violence openography when the streams match, the content is not allowed through this function is a similar to some parental control programs the four functions are just mentioned above are simple static or stateless filtering each packet is examined independently based on a different variables and with no reference to any preceding pack is that may help past the firewall.

The last function we are going to learn about is a doneAmica filtering or some people called stateful filtering dynamic or stateful filtering is the most comprehensive inspection it’s like going through u. s. airport security. You must have a valid ID to match the name on your boarding pass you will be examined and scanned from head to toe. I’m glad they didn’t ask me to take my head off and put in the tree from the perspective the OSI model dynamic filtering is like checking packets from layer to layer seven.

The process of adynamic filtering does not only involve inspection our header information such as source and destination IP addresses and port numbers but also includes the close inspection is contents up to the application layer but keep in mind dynamic inspection is not is not a simple sum of all static or stateless inspections the most important feature of stateful or dynamic inspection is that all packets are examined as a string which means the decision on whether to pass a packet depends on what packets have already been through the firewall to put it simply packets are examined as a whole not as a simple sum of its parts the stateful or dynamic inspection also analyzes incoming packet for is authenticity. In order to ensure that a packet is not altered during the transmission in summary static or state lists firewalls make decisions based on a variable like IP address MAC address or port address dynamic or stateful firewalls make decisions based on a whole picture.