Artificial Intelligence and Its Future Impact on Human Societies Introduction 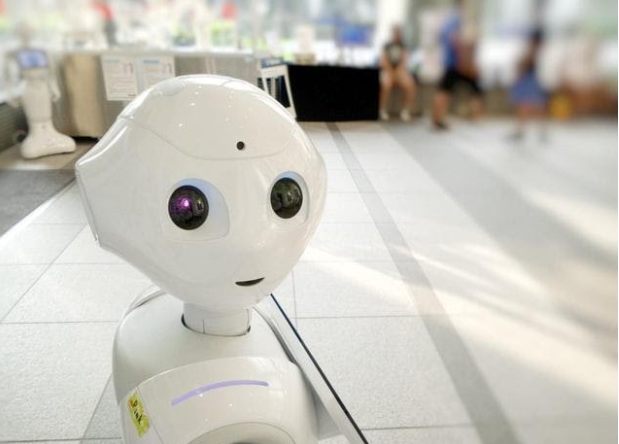 Artificial intelligence is taking human activities to the next level. Human intelligence was meant to create, innovate, and keep an eye on human activities. The human activities were monitored by the business entities in the commercial world while security agencies were always interested in knowing exactly what people are doing in their personal capacity. Although human intelligence is still in business, but things are changing rapidly as artificial intelligence is taking over everything around us. From businesses to security agencies everyone is looking to use artificial intelligence in one way or the other. The AI has surpassed human capacity to a greater extent. In a few areas, it is taking a real-time lead and this is what makes people interested in using the AI at a vital platform. The effects of artificial intelligence are quite exciting. The business entities are using it since 1980 but the impact was not as much as we notice today. The revolution in technology in the recent decade has made AI look different than ever before. Today it is capturing every eye and taking every heart around us. In fact, billions of people around the globe are using AI in one way or the other. Today a lot of people are looking for details regarding artificial intelligence technology – a number of issues that affect society. It has entered into personal lives now. And this is where it has started creating problems. The personal security of people is at stake as we here applications collecting personal data of people. But it has some more deep impacts on societies that are making it look dangerous than being beneficial.

Human societies are getting benefitted with the sophistication in artificial intelligence technology. It has made it easy to access knowledge bases, storage of useful information, and spread of information. People can even access their credit in a quick time. It is saving millions of minutes every day for human societies around the globe. But at the same time, it is affecting some very basic human rights. People are blaming tech firms for the breach of their personal data. The privacy of people is at stake. It has no wonder given people the power to accelerate and communicate more effectively. But at the same time, it is also taking the position of humans. Some people have lost their jobs and there are many waiting to embrace the same destiny. There exist concerns among human beings that one day it may not overcome human beings and start dominating their societies. Some scientists believe that without regulating artificial intelligence we are likely to be enslaved by the robots in the near future. Things like artificial intelligence technology – a number of issues that affect society are being discussed at almost every forum nowadays. People are serious in keeping it all regulated. The effects of artificial intelligence need to be discussed before it gets too late for humans.

The artificial intelligence is known for equality so far. It has given power even to the farmers. The exploitation is done by the cartels and some local hoarders are no more possible. The farmers can get the state wise rate of their goods with a click. The rates are updating every minute and it is not taking any human effort at all. It might just sound pleasant to many of us. But there exists another side of the story. Inequality and unemployment are on the rise all around the globe. Even a carmaker is not in need of humans in the assembly line. The robots powered by AI can do it swiftly and superbly. So, who is going to hire humans if robots are assembling things quickly and perfectly? A firm is always keen on cutting the costs because only then it can remain at a profit and the AI-powered machines are simply helping firms in this pursuit. But what about human beings? They are of course going to face inequality and unemployment. One requires considering artificial intelligence technology – a number of issues that affect society before making any policy in this regard. A good example would be the AI apps now a days, which do not require any human help to write entire pieces of literature.

Many people are discussing the negative effects of AI on the society nowadays. It is happening just because artificial intelligence is spreading like a storm. It is taking everything into its expanse. It has become imperative to see artificial intelligence technology – a number of issues that affect society and related things. It’s only then we can build trust in societies. It is believed that by the end of 2020 at least ten percent of the global population will be protesting against AI.

The generalized artificial intelligence is not that threatening. But when we take specialized or applied AI into account we start biting nails. Why? Just because it is alarmingly smart. It can improve and improvise on its own. It keeps collecting information for betterment. But despite the negative effects of AI on society people at large are satisfied with the innovation it has brought. Although a few are checking artificial intelligence technology – a number of issues that affect society but many are still quite satisfied with it. Things are changing rapidly and effects are also alarming but somehow people will have to find solutions.

The artificial intelligence is undoubtedly smart and useful when it comes to tidiness and dexterity at work. But it is not about dexterity alone as the social impact of AI is great. One requires taking a look at artificial intelligence from another perspective. The effects of AI on human societies need to be researched and outlined. Future developments should be made in accordance with the findings. Its only then future use of AI could be declared safe. It can otherwise prove harmful and dangerous for future human generations. The social impact of AI is getting greater and greater day by day. It may sound pleasant at the moment but even more classified for app data collection will pose serious threats to human privacy and security. It has already created a few in many parts of the global village. Thus it is never too late to start learning this, if you are not familiar with with it, and you don’t need a heavy budget for it, as long as this 85% coupon is available on AI degree.