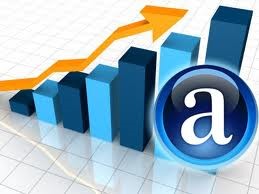 How does one arrive at Alexa traffic rankings? Alexa displays a list of all possible sites on the Web and ranks them in order of traffic. While that may sound like a simple operation, the impact is huge on every site that is listed or ranked by this program. The traffic rankings are done by the Alexa program by first analyzing the usage of the Web by millions of Alexa users.

The data is also gathered from other diverse traffic data sources that may be found on the internet. Once all such data is assimilated, it is sorted, anonymised and sifted through as well as counted and computed till the time the traffic rankings are shown in the Alexa online service. The process is complex, akin to the crawler program that indexes sites for search engines. Using Alexa Rating To Gauge A Website’s Popularity is the best way to optimize site.

If you must know how the Alexa traffic rank is arrived at, it is based on aggregated historical data of three months that is collected from Alexa toolbar users as well as other traffic sources. Even page views and users are noted in order to arrive at a traffic rank for sites. The first step comprises of Alexa computing the number of page views of sites on a daily basis. The traffic rank that Alexa arrives at is on an average figure of such page views and reach of a site averaged over time. Every three months the ranking of a site already registered with Alexa is compared and the rank is updated. Thus, the rank of a site will get changed or updated every quarter.

How Sites And Web Hosts Are Identified

Many wonder how Alexa chooses the sites. They are defined by the program at the domain level. Thus, when web hosts lie in the same domain, they are treated as part of the same site. However, in case of personal web pages or blogs, they are counted separately as they are identified from the URLs.

Reach of a website is defined by measuring the number of users. It is expressed as a percentage of the number of internet users who visit a given site. Thus, if a website has a reach of 28%, that can be interpreted as, of all the global internet users as indexed by Alexa SEO tool, of them, the given percentage visits this site. Again, such a percentage is calculated once a week as well as on a three month average time. After every three months, the value is updated. In the same way, page view measures the number of pages of a site that are viewed by visitors. Multiple page views of the same page can be made by same users on the same day but that would be counted as only once. Every separate page and its views of different users form distinct number of page views as per Alexa rankings.