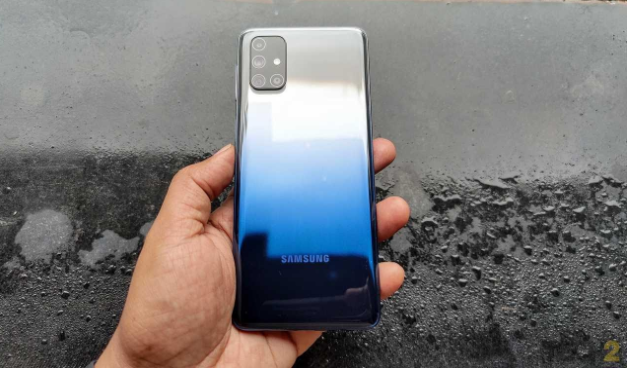 The model has is priced at Rs. 14,499 and is believed to have interesting facts and figures in the model. Well, the features are more likely attractive, as the model comprises of fast processor, long battery life, big screen, and most attractive feature is camera quality of both back and front.

The first question that arrives in the mind is, what are the new features that make the model Samsung Galaxy M31s different from other high-range smartphones. The designing of the model Samsung Galaxy M31s has a similarity to the model Galaxy A51. The phone consists of small hole for the front facing camera and 6.5 inch AMOLED display. On the back of the phone is designed with the rectangular camera bump at the left side, which you will find has a similarity to the model Galaxy S20 series. The model has SIM tray on the left side whereas on the right side you will find the power button that is doubling with the fingerprint scanner along with volume button. Also at the bottom the model is designed with the USB-C port, a headphone, and a speaker.

As the model comprises of 6.5 inches screen, it does not feel over weight in the hand. The light weighted model makes it easy to handle and can handle activities by using only one hand. Some people might be disappointed and some people might be okay with fact that the model does not comprise of any kind of flashy designs. The back panel of the model Samsung Galaxy M31s is made of plastic with the glass like finishing, which has the similarity to the model Samsung Galaxy A51, but the difference is clearly not able to spot. The quality of the designing and building materials can be considered solid, but with a slight setback as it does not contain any waterproofing quality. The color options are available in mirage black and mirage blue for the model Samsung Galaxy M31s.

What is appreciable in the Samsung Galaxy M31s review?

The model Samsung Galaxy M31s has absolutely remarkable display and appreciable as well especially when it is mid range smartphone with so many attractive features. The quality of the display is beautiful as well as bright. The model Samsung Galaxy M31s has a 60 Hz refresh rate, and it is most certain that you will find another phone with better screen features and quality. The model Samsung Galaxy M31s has introduced a interesting feature and that is side mounted fingerprint scanner. With so many mid range smartphones it is usual to find everything in the mobile phone, but it is uncertain that they will contain any better featuring camera quality or anything that is found in high-tier phones. The side mounted fingerprint scanner looks like more easily accessible while using the model in comparison to in-display designed optical fingerprint scanner in smartphones.

The company Samsung has designed the model Samsung Galaxy M31s with incorporating Exynos 9611 chipset into as same as in Galaxy M31. The performance of the model is considered high-rating as for mid range priced phone it is remarkable. The 6 GB RAM and 128 GB storage has justified the performance in the context of playing games or clicking pictures or making videos. The performance has also increased in performance which is related to the context of opening of the apps and websites easily and quickly. While using the model for Samsung Galaxy M31s review, there was not any kind of notification of stutter during playing games like Lara croft: relic run, Temple run, and sky.

The model comprises of 128 GB of storage and 8 GB RAM which might be not enough for some people and can be satisfactory for some people, but you can always add up more storage data with 512 GB of micro SD card.

What is the battery consumption power of the model Samsung Galaxy M31s?

What can be considered as setback or less better in quality?

The smartphone is delivered with Android 10 with Samsung One UI 2. It will be considered better if the software upgrade system improved even if it is for mid range smartphones. The wide angle lens is the best in order to click pictures in wide angle lens. While experiencing performance for Samsung Galaxy M31s review, the macro mode was impressive. The model Samsung Galaxy M31s also comprises of Single Take, which defines that all of the camera will click as much as shots you want or make the video at once while you will hold the camera shutter. It is known as the best feature, which is also incorporated in Galaxy S 20 series.

What is the opinion over buying the model?