Apr 25, 2022 banking apps threats, check on an app if it is safe to download, with nearly half of the millennials 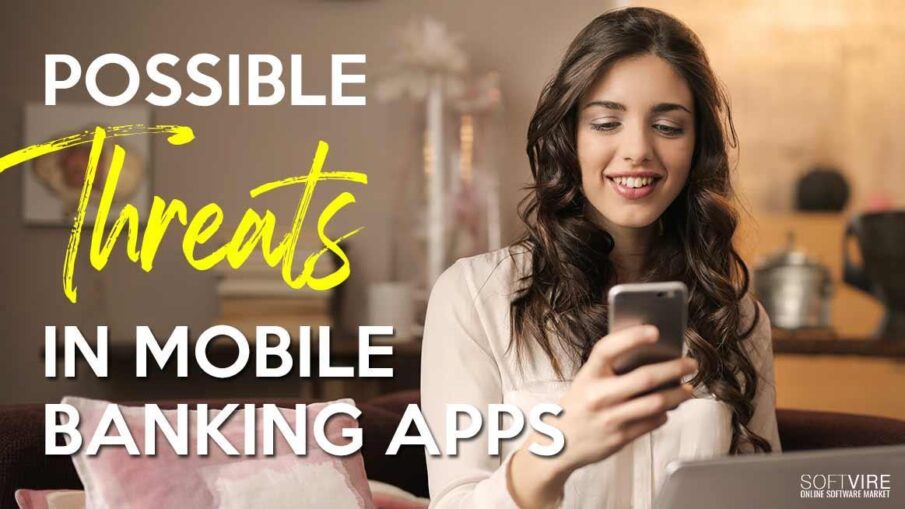 Mobile banking has had a global impact on financial institutions and individual users. Now, millions of consumers use mobile banking apps to conduct financial transactions and other banking activities. In a survey conducted by Square, they found out that mobile banking has been growing, with nearly half of the millennials making contactless payments using their mobile device.

Mobile banking apps are advantageous to both consumers and the financial industry. The time-saving, convenience and accessibility of these applications have been the forefront reasons why they are often used.

However, as more people invest in mobile banking apps, the more hackers are interested in infiltrating the application. There are numerous threats that can manage to attack mobile apps, such as mobile malware, third-party apps, unsecured Wi-Fi connections, and consumer behavior.

Since mobile banking apps are connected to the backend system of a bank via an Application Programming Interface (API) means that it is an open-source system for a faster development process. However, as banks rely on open-source apps for consumers’ convenience, the more open it is to security breaches.

The security of a mobile banking app depends on three levels. When each of these levels or layers is disregarded, it opens the application to cyber-attacks.

When a mobile device or smartphone isn’t protected or secured, it is at high risk of cyber-attacks. When a poorly coded app is installed on the device, it would be easy for hackers to penetrate the system and steal private information.

Furthermore, the user’s behavior can also play a significant role in protecting the banking app. When done properly and using it with precaution, security can be maintained.

When the server is not protected, hackers can easily gain unauthorized access to the backend API. This puts the financial institution and consumers at risk.

Data transfer like data-at-rest should also be encrypted. When the data transfer is unsecured, hackers can intercept the transfer and allow them to see sensitive information. When someone needs to make a payment or transfer money, the app will contact the bank server to make the transaction. If the transfer of this information is unsafe, malicious actors can see the information and use it to their advantage.

These levels of mobile banking app security can either protect consumers’ information or can place them at risk when it is not taken into consideration.

When hackers gain access via the mobile banking app, it doesn’t only affect a single user; it can gain access to multiple accounts stored in the bank’s server.

What are Possible Threats Encountered in Mobile Banking Apps

Last year, there were 97,661 installation packages for mobile banking Trojans. Bank Trojans are malicious codes that disguise themselves within the mobile application. Once the app is installed, it can steal information from the user, particularly when it makes a transaction with their banking app. Trojans are often focused on accessing SMS messages to retrieve one-time passwords.

When downloading apps from an unknown source or not taking precautions can lead to the installation of an infected app.

Hackers use a dynamic analysis tool to manipulate the installed app for them to execute the malicious code.

People easily trust what they see in app stores without taking the time to check on an app if it is safe to download.

Not all apps readily available on the app store can be safe for users. Hackers can reverse engineer a mobile banking app and create a version that contains malicious code. These fake banking apps can deceive users into downloading them to their devices and login into their accounts.

When consumers input their login credentials, hackers can gain access to their accounts.

Every type of mobile app saves information in some way. Because the data in the banking and financial services sectors are so sensitive, storage solutions must be extremely secure.

This is the first line of defense in fighting against unsecured data storage and the leakage of financial data or application code. If the internal storage has a security flaw, hackers can obtain physical access to sensitive data and utilize it for their gain.

Any loophole or vulnerability in the storage of data can become a threat to the financial institution.

Once a vulnerability is detected in an app, it can lead to data breaches and leakage. Any attack that leads to data leakage can affect credibility and consumer trust.

Therefore, financial institutions that offer mobile banking apps must reiterate to their developers to ensure that strengthened security is critical for the safety of their customers’ data.

Developers can create mobile banking apps that meet the data regulation of PCI-DSS, SOC 2, and PSD 2. In addition, they can add API keys, password requirements, two-factor authentication, and more.

Another threat that mobile banking apps can encounter is clickjacking. This is when the user clicks on a button within the app that can trigger a malicious app or activate and gather data of the user.

This is where data transfer is compromised. A malicious actor will try to intercept information being transferred between the mobile app to the bank. During the transfer, the hacker can steal information like the user’s account and password.

Two-thirds of Android banking apps became victims of phishing attempts. This is due to users downloading fake apps. Fake apps, as mentioned earlier, are applications that hackers reverse engineered to insert malicious code.

Code tampering undermined the security of banking apps. That’s why banking app developers must make sure that they have a real-time identification of code tampering.

Encryption is one of the most crucial features of banking apps, however, 80 percent of them had poor or inaccurate implementation. When an app has no or insufficient encryption, hackers may be able to steal sensitive information.

SSL or TLS certificate validation is a great example of encrypting data during transfer. They secure the device and the server, hence preventing phishing and MiTM attacks.

Two-factor authentication can be a great addition to securing mobile banking apps, but it isn’t enough to stop fraudsters from taking over users’ accounts. Banks should strengthen their authentication process and make sure that users accessing their mobile bank app should be authenticated.

When banking institutions fail to inform their developers to create a secure application for their consumers, they can end up sacrificing more than a small amount of their budget.

Financial institutions are one of the most commonly hacked industries. Therefore, hackers will often concentrate on targeting banking apps to find vulnerabilities they can exploit.

However, banking organizations don’t have to worry about data breaches or data leakage if they know how to secure their apps.

How Financial Institutions Can Secure Their Mobile Banking App

Banking mobile apps have undeniably made banking processes more convenient for customers. However, there is a greater possibility of data being compromised by hackers. The key is to use extreme caution when developing your app.

Implementing mobile application security will help overcome many of the flaws of traditional methods and make banking mobile apps safer.

A safe mobile banking app not only protects customers and keeps their trust, but it saves banking institutions from loss of reputation and expensive data recovery from breaches.

Vanessa Venugopal is a passionate content writer. With four years of experience, she mastered the art of writing in various styles and topics. She is currently writing for Softvire Australia – the leading software eCommerce company in Australia and Softvire New Zealand.