Most Valuable Sports Trophies In The World 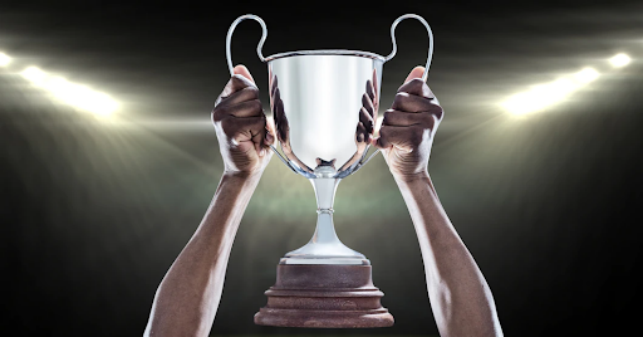 One of the best rewards for an athlete for all the hard work and sacrifices they put into their sport is winning a championship. Every sport has an international championship, which is the epitome of the sporting careers for many athletes. Their lifelong dream is to represent their country on an international platform and win them. The trophies of these championships come in various forms. The Olympics have their medals, the sports championships have their cups and trophies, and the abstract art awards have plaques.

Every ice hockey player who puts on their skates has only one goal: to win the iconic Stanley trophy. The Stanley Cup is the oldest prize professional athletes in North America may win. It was first presented during the 1892–1893 season. The NHL Cup isn’t made yearly like most other sports championship trophies. Instead, the same cup is used every year, and the names of the winning team’s players, coaches, managers, and other staff members are engraved on the cup’s bands.

Stanley Cup is the most expensive trophy among North America’s four top professional sports leagues and is valued at $650,000. The trophy is slightly under three feet tall, weighs 15.5 kg, and is made of silver and nickel alloy at its top. The Stanley trophy is one of the world’s most famous silver plated presentation cups. The trophy features approximately three thousand names engraved on it as of 2017.

The Football Association Challenge Cup (FA Cup) is an annual tournament between every soccer team in England. As the oldest cup tournament in the world, the Emirates FA Cup will mark its 150th anniversary in 2022 and holds a legendary standing in the sporting world. Since then, there have been five trophies, the latest being the replica of the 1911 trophy introduced in 2014.

Based on the original trophy’s design, the 2014 FA Cup, which weighs 6.3 kg, was created. The distinctive grapes and vines, as well as the trophy’s fluting, were meticulously hammered into the precious metal employing a traditional method known as “hand-chasing.” The trophy has a little over two feet in height and was hand-spun from a single sheet of sterling silver. The newly designed silver cup is valued at $1.18 million. Arsenal is the most successful team, having won fourteen championships. Liverpool currently holds the cup.

The trophy is made of sterling silver and is just about 5 feet 4 inches tall and almost 69.39 kg. The winner does not get to keep the trophy for a year, as it is permanently kept at the Indianapolis Motor Speedway Museum. The ‘Baby Borg,’ a 1.5 foot (460 mm) tall, free-standing duplicate of the trophy that rests on a bevelled square base, is given to the winners to keep. The trophy has been restored twice, in 1991 and 2004, and is now valued at $1.3 million as of 2022.

The winner of the annual Preakness Stakes is awarded the Woodlawn Vase. The Preakness Stakes is the second leg of America’s horse-racing triple crown annual horse race held at Pimlico Race Course in Baltimore, Maryland. The Woodlawn Vase is three feet tall and uses 13.61 kg of solid sterling silver to create it. It has long been regarded as one of the sport’s most unique, distinctive, and valuable awards.

Until 1953, the trophy was given to the victorious player each year. Nowadays, the winning owner receives a trophy the size of a third, and the winning trainer and jockey continue to get smaller copies. However, they are still crafted from sterling silver, and the owner keeps them. Each Woodlawn Vase replica is worth $40,000. Today its estimated value is $4 million. This is why the original trophy, given to each winning owner for a year until the competition the following year, is no longer awarded as a challenge trophy.

The FIFA World Cup is the most famous and fan-favourite sporting event in the world. The trophy is awarded every four years to the winners of the FIFA World Championship. The current trophy is not the original one; it is the second edition of the world cup. The original Jules Rimet trophy featuring the Greek goddess of victory, Nike, was awarded to Brazil in perpetuity in 1970 after they won the World Cup three times. The current trophy was made in 1974 and initially cost $50,000. Its value today is $20 million, making it the most expensive trophy in history.

The trophy award is made of 18k gold and has two human figures supporting a globe. The exceptional soccer trophy has a foundation made of green malachite, giving it a hint of turf. The height of the trophy is a little over a foot, weighing 6 kg. The 2022 FIFA World Cup hosted by Qatar is estimated to cost $220 million. The current champions are the France National Team, hoping to win their third title in the FIFA World Cup in 2022. The winners will receive a gold-plated duplicate.

Creating some of the most unique and valuable trophies takes some hundred hours. These trophies have a rich history and are a source of inspiration for many. The trophies do not inspire sportspeople alone but inspire trophy-making companies too. Some of the best plaques are the metal plaques Melbourne. However, prestige isn’t always associated with monetary worth. Even the most basic awards may be priceless when a trophy perfectly captures an achievement

Why Are Facial Rollers Taking Their Place In Everyday Skincare Routines?

What Are The Benefits Of Taking Workout Classes Atlanta?