How test automation is increasing the efficiency & productivity of organizations 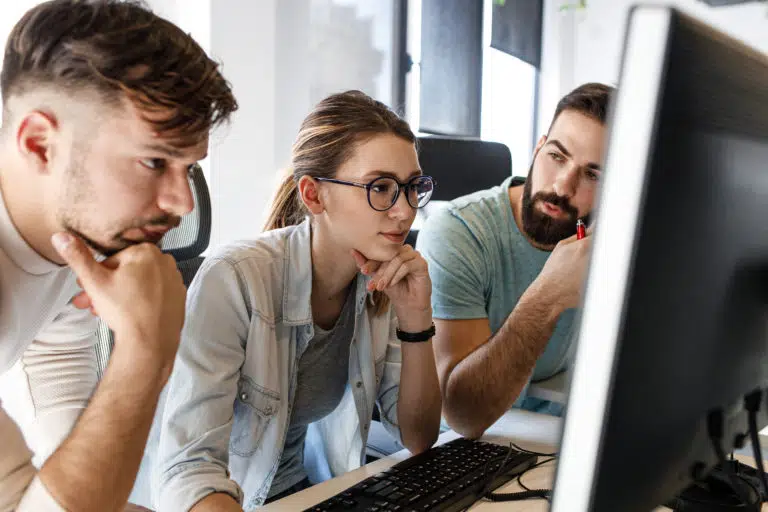 With the waterfall SDLC model, QA teams often found themselves tied to a rock back in the day. By waiting for developers to design and implement code before they could manually test it in the verification phase, they often lost valuable testing time. In other words, QA testing services were not actively involved until the project was almost finished.

Naturally, this methodology had its pitfalls from a quality perspective. The testing was incomplete and shabby on so many levels that it showed in the final output. Few of the things that troubled QA engineers and other stakeholders were:

Two things that seemed like a breath of fresh air for these frustrated QA engineers were:

The lines between development and QA are now blurring, with overlapping roles and responsibilities. With software testing becoming an almost inevitably essential part of modern software development, it is only imperative that it be fast, efficient, and cost-effective.

Manual testing is great, but automation is the way to go for companies implementing a CI/CD pipeline, as it allows for more robustness and dependability.

In today’s article, we’ll highlight a few ways in which test automation is helping increase efficiency and productivity across organizations that want to be technology assured.

The role of test automation in increasing organizational efficiency and scaling productivity:

For continuous delivery and DevOps teams, test automation is second nature. A CI/CD pipeline binds developers to test the source code for every iteration repeatedly. With AI-powered testing solutions and the help of reliable test automation services, orchestrating test automation across the pipeline becomes easier.

Here are other benefits of test automation in terms of achieving organizational efficiencies:

QA teams often carry a donkey’s load worth of tasks such as articulating requirements, maintaining standards, reporting, and meeting the set customer expectations. They are better off without having to write boring and repetitive manual tests.

The doors of possibilities spring open with automation in software testing. For example- you may have to test an application for 50 different user languages. Manually it would be too tiresome to write and execute code or run simulations for an application of that scale. With automation, you can simulate any number of virtual users to interact with the application, thus saving developers a ton of time.

Even when performed with utmost dedication and clarity, manual tests are bound to run into some oversight or human errors. Testing complex test cases require crystal precision with no room for mathematical or logical errors. A 99.99% accuracy is guaranteed with test automation as tests are pre-programmed to run by machines.

Increased insights into the application

Utilizing test automation favors a quicker time to market the final product. Automation powers continuous testing, as tests can be run rapidly and repeatedly. Naturally, this increases development speed, as developers will be better equipped with testing insights.

Thus, changes to the application can be incorporated much quickly.

Building an automated test suite may seem a daunting prospect at first. But once it is defined, it is much simpler to reuse the existing test cases for other projects.

There is no limit to the amount and scale of tests you can verify using test automation. While manual testing curtails your testing time to writing tests alone, automation enables you to build a robust test suite that can be recalled every time a new feature is added, or a new project is drawn.

It also means that you can execute a thousand tests in parallel and test your application for cross-browser, cross-device compatibility to run across multiple platforms and operating systems.

It is a no-brainer that test automation is cost-effective for almost all organizations. Whether it is a startup, mid-sized, or Multinational corporation, everyone benefits from automation, as fewer resources are spent on repeated software testing. It is essential, however, in this regard to team up with a trusted QA test automation services provider who will help you cut costs and make the most of your testing strategy.

The instant feedback is perhaps the most significant win with test automation. Stakeholder feedback is the number one cause of delay and derailment from deployment deadlines. Thanks to the regular testing reports and improved inter-departmental communication, both Dev and QA teams can stay on track with quick feedback.

If your application is already deployed to the market, test automation can help with regular updates and quick fixing of minor bugs. Ultimately, it is the ingredient of a software product high on user satisfaction and a positive customer experience.

Test Automation allows QA teams to write and execute in-depth, lengthy tests that support and validate even the most complex applications.

Automation will continue to enjoy a regal position in the software testing industry for the years to come. With growing digital transformation, companies are only looking to enhance efficiencies and boost productivity, and what better than test automation to do that.

Needless to say, implementing test automation strategies at any organization would require the efforts and expertise of a knowledgeable QA team. Be it an in-house team or an outsourced QA testing services; every test automation services provider is to be well versed with the latest automation tools and testing frameworks.