Flutter vs React Native: Which Platform Is Best For Cross Platform App Development In 2022 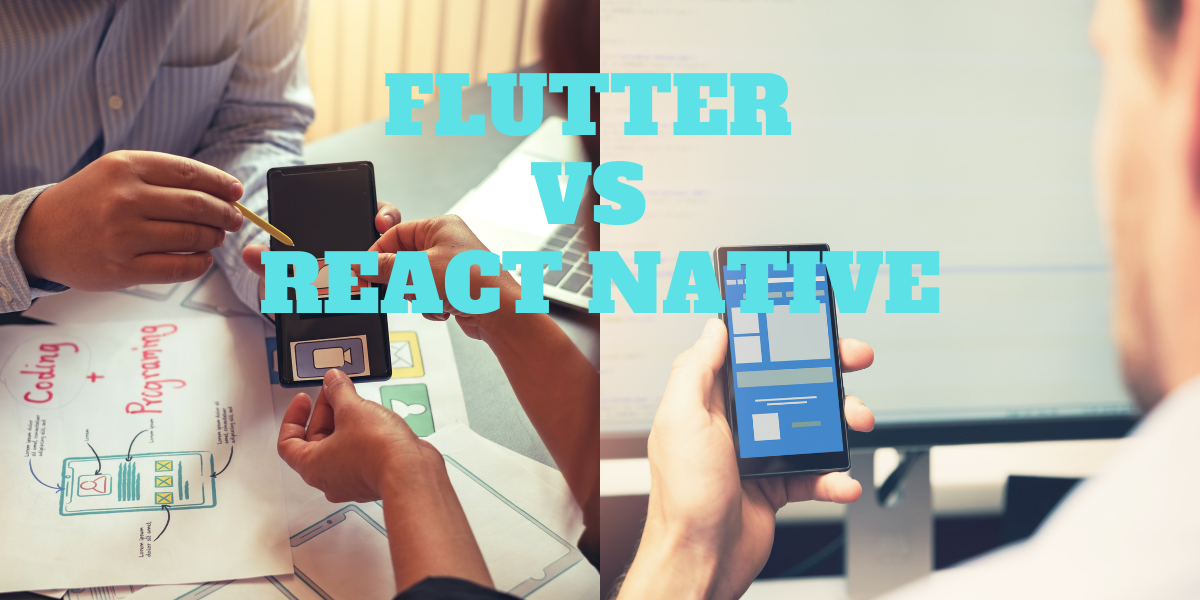 The trend of digitization has seen a dramatic increase in its speed since the rise of mobile app development. With just a single click all products and services could be included in a single app. From buying products to answering enquiries, everything is accessible on mobile apps improving the user experience by providing an appealing user interface.

The article we will be discussing, Flutter and React Native In this article, we’ll dive into the various aspects that are crucial to provide the answer to any crucial questions to grow your business with application development. It is evident that 92% of mobile users use mobile applications rather than web browsers. It is enough that business owners should concentrate on developing mobile apps to ensure they don’t miss the opportunity of attracting customers through various ways.

In 2022, two most well-known cross-platforms for application development will be Flutter along with React Native, whose popularity is steadily growing.

Let’s address the elephant in the room –

Flutter or React Native, which one is better for the development of your app in 2022?

How does Flutter function?

The Flutter framework Flutter includes an engine for Flutter, widgets, and the foundation library. The process of app development with Flutter is unique because of the declarative UI writing. You must begin at the beginning. Before beginning the development of a particular element, the user has to have a clear idea of the kind of user interface it will comprise. This is where developers can build the user interface in totality through the combination of several widgets. Flutter allows developers to create custom widgets that could be incorporated into the available ones. To improve the user experience by improving the application’s capacities, Flutter also offers several programs that allow access to Firebase along with Redux data warehouses.

How does react native function?

React native is a combination that combines Javascript along with JXL(unique code that is a resemblance to XML). This framework is able to interact with native and Javascript-based threads. This cross-platform development platform does not render web-based views within its code, but is based on native components and views. Through the bridge between native and javascript threads, react-native allows the possibility of bidirectional communications.

These influences are prevalent to nearly every firm in the world, and can provide the necessary information to make more informed choices.

Because Flutter as well as React Native are two different sets of languages and the final results differ in terms of performance.

With React Native, source code execution requires bridges from Javascript code to the native environment of the device which allows transfer of information and communications. The bridge serves as an interpreter which converts JS code into the local programming language. The bridge, however, is an additional component in the chain and takes extra time and resources. In contrast, Flutter can be compiled with x86 or ARM native libraries without adding additional layers.

This means that it requires less resources and takes less time to run the code. Additionally, since Flutter includes an integrated C++ graphic rendering engine, animations are faster and smoother when using this cross-platform system. Thus, in Flutter comparison with React Native comparisons for the mobile experience, Flutter clearly reigns over React Native.

In terms of website creation, React Native is the top choice. Javascript is among the leading front end languages that is used together with C++ and HTML with a great performance on the internet. If speed and performance are important to your business, React Native is the ideal choice since it has a technology that is designed specifically for the web.

While React Native as well as Flutter are both packed with impressive graphic features They use different methods for drawing user interfaces. React Native utilizes its native graphic elements as well as a style that provides an effortless, customized experience. When operating system updates are made App elements will be updated to ensure that the user experience is similar to native apps. In Flutter the application will look identical regardless of OS version or device model. Navigation and other elements stay unchanged , unless you choose to upgrade. Flutter makes it easy to create a neutral design across every device to cut down on the project’s scope.

One of the primary factors to determine the most effective solution for you is the time-to-market. Since the two Flutter as well as React Native are cross-platform solutions that allow code reuse instead of creating separate applications.

To determine the most effective application engineers to help with your app development There are four important aspects:

React Native is the older platform of both, and already has a greater community of users which has developed huge ready-to use libraries and packages. Flutter is a bit older than React Native but it has strong support from Google engineers. In this particular segment of Flutter and React Native, both platforms have seen an exponential rise over the last couple of years. As they have become preferred by developers and engineers. The only drawback to React Native lies in the fact that it requires connections to third-party libraries for additional capabilities.

Demand is directly linked to supply. The platform that is React Native is based on Javascript that numerous developers are acquainted with, making it simple to locate the solution creator. While Flutter developers cost significantly less, it’s extremely difficult to find one in your area. Flutter is more popular with the younger Generation of designers than more experienced ones.

Flutter can be used with various resolutions across various Android as well as iOS devices. There are times when you have to develop natively for Flutter along with React Native for advanced features. While the writing portion will address certain issues but ultimately, it will result in a decrease in the benefits for maintenance when using solutions that are cross-platform. Widgets available in Flutter and ready-made libraries available in React Native enable near-native performance with advanced features via the use of native code injections.

The Google team has developed several plugins to Flutter. These plugins offer a pleasant experience when using tracking features in the application. Although React Native works fine with single-time tracking, there are some problems that are still present in continuous tracking, and will be resolved by writing the parts within the native programming language of the device.

When it comes to camera use, Flutter was flawless. With React Native however, there are some issues that arise in the use of the camera by the device which require extra time and resources to fix and attain optimal performance.

To use Flutter external plugin is required for customized video chats. There are already several pre-made paid options. For React Native, this can be done in a native way.

Flutter along with React Native are both excellent alternatives for cross-platform development of applications. Although they share some features, there are several key differences that you must be aware of prior to deciding which one you will choose.

The choice of the best framework that is cross-platform for your business app or startup concept is largely dependent on your development expertise, your development team and the native components your application requires access to.

This article should assist you in making an informed choice about the best framework to use for the next task.