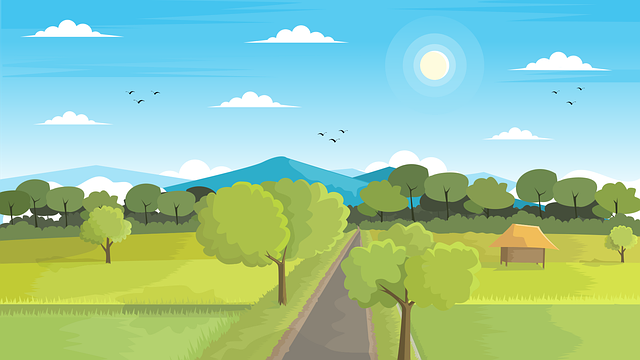 If you are looking to spend your next vacation in India from the peaks of the Himalayas to the Indian coast in the south, you will find everything your heart desires – from colorful and chaotic cities to golden temples to breath-taking mountain regions, unique national parks and abandoned caves. Unless you are willing to spend months traveling through India, you will have to find a select few sights to see for a short trip. To help make your decision easier, I suggest visiting these five sights among others.

In Jaipur you will find a somewhat more unusual sight, the Jal Mahal, or also called the Water Palace. The sight of the Jal Mahal is really unique, because the palace is not on any island in the man-made Man Sagar Lake, but literally in the lake. The five-story palace is said to have been used as a hunting lodge by Maharaja Madho Singh I in 1750 on the occasion of the annual duck hunt. Four of the five floors are now completely under water, only the fifth floor is visible. Since construction began, the basement of the Jal Mahal was never habitable due to the changing water level. The palace was usually only entered via the stairs on the outer wall. The water palace is unfortunately not accessible to you, but the sight of the floating palace with its magnificent outer facade is definitely unique and makes a special souvenir photo.

Another sight in Jaipur should not be missing from any list that contains sights in India. Amber Fort is a fortress that was built from marble and sandstone in 1592 and at first glance looks like it could withstand a war. At second glance, behind the doors of Amber Fort, a completely different world awaits you. Because the magnificent interior of the fortress is more reminiscent of a luxurious palace. Amber Fort was once used as such, because Amber Fort was a royal palace during the Kachchwaha dynasty. Amber Fort is characterized by the numerous pavilions, courtyards and ornate arcades as well as the elaborately designed facade of the fortress with numerous balconies. Amber Fort is full of little surprises like a magnificent hall of mirrors, so go on a discovery tour!

Ahmedabad, sometimes known as the Manchester of India, has a wealth of historical sites to offer. The Dada Harir StepWell, however, is a must-see if you ever visit. It’s an eight-story deep octagonal well made of sandstone with intricate carvings that combine Hindu, Jain, and Islamic architecture. It encompasses Indian art at its best with beautiful sculpture like figures as well as poetic and historical inscriptions. It was created in 1485 by Dada Harir, a lead concubine from the harem of then-Sultan Mahmud Begada of Gujrat, and has a long and illustrious history. Overall, it is a place that needs to be seen and holds interesting history.

The color pink is not one of your favorite colors? Well, how about a city completely in blue in contrast to the Pink City? You think I’m kidding you? The city of Jodhpur can also be found in the state of Rajasthan and is also known as the blue city. Here the color blue was chosen as a paint for the whole city, since blue was earlier the color of the Brahmins. The Brahmins are the highest caste in Hinduism and are still the priests today. The light blue painted houses can be found in the old town of Jodhpur, which stand in a unique contrast to the brown and dreary surroundings. Jodhpur is located on the eastern edge of the Thar desert. So, it is worthwhile not only to visit the alleys of Jodhpur, but also to take a look at the blue city from a bit of distance and see the overall picture as such.

The metropolitan city of Varanasi with its 1.2 million inhabitants is located in the state of Uttar Pradesh, directly on the Ganges River and is considered the holy city of Hinduism. Every day numerous believers make a pilgrimage here who want to bathe in the holy Ganges, as the river is said to cleanse one of sins. Those who can afford it bring their deceased to the cremation site in Varanasi. Because in Hinduism it is said that whoever is burned in Varanasi and whose ashes are scattered in the Ganges, experiences good karma and can step out of the eternal cycle of rebirth. The burns are open to the public and death is ubiquitous in Varanasi. Many come to die by the river to make sure their ashes are scattered in the Ganges. The sight of corpses wrapped in cloth being carried through the city towards the river is not uncommon here. If you think you don’t want to see this, you’d better skip this sight in India. Otherwise, I can only say that the spiritual atmosphere of the city is simply unique.