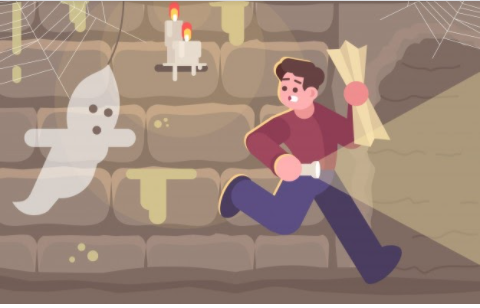 Everyone loves enjoying classic entertainment on the weekend with their friends and family. It could be a fancy dinner at a Chinese restaurant in town, a rom-com movie night at the cinemas, or an exhilarating and fun escape room game.

However, no matter how many options you have on your plate, the thrill and enthusiasm of escaping a themed room loaded with mind-breaking puzzles and riddles are unmatched. These games require the most amount of participation, and everyone on the team is equally amused, irrespective of their ages. The social interaction, giggles, Aha! moments and the adrenaline rush are enough to create an unforgettable and extraordinary experience. But what goes into making these exceptionally well-built escape rooms?

Building and designing an indulging escape room with the right amount of long-lasting technology and mechanics is not a piece of cake. We might finish a particular escape room in less than sixty minutes, but building it might take sixty days or more. Escape designers have to create a perfect balance; complicated puzzles should push the players to put their brains to work but also prevent them from going crazy in frustration.

We have analyzed the general blueprint of an escape room and listed the mechanics and planning that goes behind making your favorite form of entertainment. Read on to learn more!

One room or many?

It might not be as ordinary, but some escape rooms have more than one sub rooms. You might walk-in thinking there is only one room with one door to break out of, but you might end up finding a secret door behind a wardrobe or an unassuming bookshelf!

These mysterious doors could be camouflaged with the background using similar paints and patterns as the walls. They could be electrically powered entries or entrances that open by the activation of sensors.

Since escape room tech is solely dependent on the theme and storyline of the room, let’s assume you are in a horror-themed escape room. A witch has cast some evil spells, locking up all the doors and trapping you inside. Your team’s goal is to break the spell by performing some secret rituals according to the clues found. You come across a suspicious-looking box with a lock on it.

Most escape designers love to make it uncomplicated and straightforward by using padlocks with simple keys to make it more realistic. They could also use electromagnetic or combination locks which can be unlocked using alphanumerical codes or four-digit combinations.

But if the witch likes her stuff high-tech and hard-to-crack, designers could raise the bar with locks that get triggered with specific lights and vibrations! These get activated when the light of a particular frequency or color is shined upon them.

As you solve the puzzles, you start noticing a flicker in the lighting in the room. You are probably getting closer to the end!

Lighting plays a huge role in any themed escape room. White lights for a sci-fi room, red-colored or dim lighting in horror rooms, and yellow lighting in an archaeological site. While white lights brightly illuminate the room and give it a futuristic feel, yellow lights are more mellow and evoke a feeling of mystery and hidden secrets.

In this case, the storyline requires subtle meddling with the light switches. The task could be performed by a staff member outside, or it could be programmed to switch off and on at a particular time!

As you advance in the escape like in a virtual birthday celebration, you solve a riddle, and a small door near the bookcase automatically opens.

The door could be normally locked by a pair of bar magnets. The control system of the escape room can open the doors only when the team completes a specific number of puzzles. Another method for this automatic door includes sensors that get activated only when there is a trigger.

The escape designer could also go manual and have someone open it for the team from behind when they accomplish a task.

After you crack another spell, you hear a shrill scream that gives you goosebumps!

Escape artists add realistic sound effects in most escape rooms when the team completes a particular task. They usually hide small speakers in the room to provide a vivid experience and control them from the outside. They use the same speakers to also give instructions and hints from time to time.

In this case, the game guide can also play the role of the witch and perform some voice-acting and mimicry, to scare the living daylights out of the players and get things real!

Wind, fog, and everything in between!

There is nothing more startling than a sudden gush of wind or fog during an escape game. The out-of-the-blue winds could be produced by hidden table fans and could be switched on when you reach a certain point in the plot.

The same goes for the blinding fogs. Escape artists can use fog machines that are used to vaporize a heated glycerine and water solution, to produce a cloudy atmosphere in the room ensuring an immersive experience!

The creators usually place puzzles and hints in plain sight so that guests don’t go off track. The puzzles could be electronic labyrinths, mathematical problems, pattern recognition, logical question, or even analogy!

While some puzzles can have a single hand-written letter with hidden codes others could have complex mechanisms. They could also install hydraulic robots that move in response to certain actions done by the team.

These could work by manual effort or be controlled by a game technician or staff member who is in charge of that team. These can be seen in a science-fiction escape room or a future world room and these high-tech robots make the plotline more believable and interesting.

There is a fine line between a well-thought escape room and just a room loaded with puzzles that don’t make sense. Escape designers go through a lot of work, skill application, and tech education to build the perfect escape room for the sake of the customers. They also have to make sure the technological devices and mechanics used are hidden well so that players experience the most real and thrilling game ever. Therefore, efficient planning and placements are highly important in an escape room.

Get a first-hand experience of these well-planned masterpieces with built-in tech at your nearest escape brand!