Entrepreneurship is cornerstone of economic growth 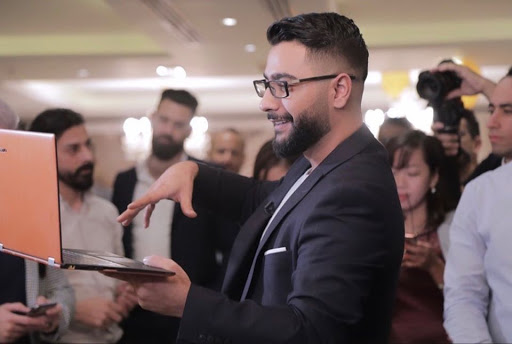 To be successful, to add value to your country and culture, highly recommend you to read each knowledge that is spelled into his words.

As you might all hear, economic growth leads to increased prosperity as the income levels of the people living in a country rise, in which this development includes social and cultural enhancement in the economy along with prosperity.

Mohab Ayoub preciously emphasizes that ‘’Entrepreneurship, which is included in production, labor, capital and technology factors and brings them together, takes risks and evaluates opportunities, has an important role in economic growth and development. Basic elements of a country’s economic development are individuals with an entrepreneurial spirit,’’

‘’They are the driving force of growth and prosperity. The impact of entrepreneurs on economic development can be linked to their inventions/scientific research and discoveries; Their innovations can be associated with the ability to make adaptation innovations, productivity through competition, creating employment, job opportunities and increasing their production and commercial activities’’

Mohab Ayoub ‘’The economic growth and development of countries depends on the entrepreneurial activities taking place in that country, since entrepreneurs create new jobs, provide many new products and services, increase competition, thanks to technological change,’’ says.

The entrepreneur transforms the production resources into the factors of production by directing the economic resources to the most productive fields, combining them with the new styles he/she has put forward. Therefore, entrepreneurs undertake important missions towards the society they live in, and the missions they undertake make them important for social and economic development;

Correlation Between Economy and Entrepreneurship

Carree argues that there is a correlation between entrepreneurship and economic growth in the long term and that a country where optimum entrepreneurial activity does not occur will show a low rate of macroeconomic growth. For example, the low rate of job ownership in the 1970s and 80s led to high levels of unemployment. High unemployment rate can push individuals to start their own businesses due to low costs of entrepreneurship. However, if self-employment exceeds the equilibrium rate, it is expected that this will result in reduced profits due to increased competition, resulting in failures, high rates of exits and fewer entries. In other words, the optimum ratio of entrepreneurial activities ensures the growth of the country’s economy.

Previous Data Shows That Entrepreneurship is the Cornerstone of Economic Growth

Entrepreneurial activities are the main factor that changes the industrial structure of the economy in countries or regions. The existence of the relationship between economic growth and structural change in industry goes back to the times of Schumpeter, and from the traditional Schumpeterian point of view, the level of economic growth occurs when the industry uses scarce resources most effectively.