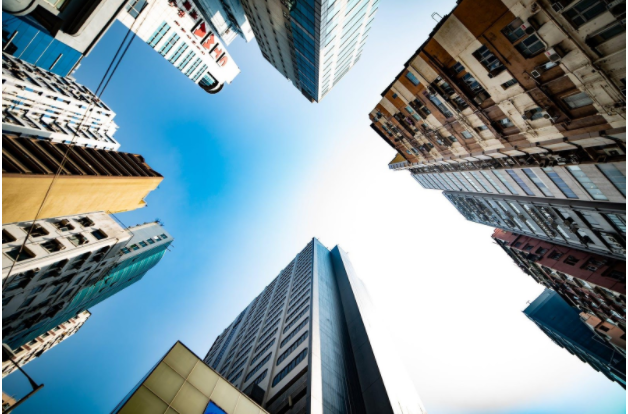 Welcome to Toronto, Canada’s largest city, business, and financial capital, a city with a beautiful skyline, a highly livable large city in the world, and the fastest-growing city in the Americas.

That’s right, it is the fastest-growing city in the Americas. Thanks to its welcoming attitude towards immigrants, the city’s population has been on an upward growth trajectory. Now with its economy growing too, it has started attracting a lot of firms across a variety of sectors, notably information technology. Google is opening its Canada office in Toronto.

What is the most unique aspect of Toronto, other than its welcoming attitude and its livability? The city was the first in North America to mix apartment buildings in residential lots to curb both urban and suburban sprawl. However, since it is seeing the growth of monumental proportions; it is now expanding both eastwards and westwards i.e. the Greater Toronto Area is growing.

Seeing this growth, a considerable number of condos are also being made. With a lot of condos under construction and a lot already in place (especially in the inner-city suburbs); condos rank among the most preferred residential properties of buyers in Toronto along with lofts, suburban homes, and apartments. King West condos Toronto are also in demand among buyers in the greater Toronto area (GTA).

Is living in a condo just like living in a suburban home? – Clarifying common misconceptions

Condo fees are quite expensive hence people should own a house, no?

This itself is one of the biggest misconceptions that exist about condos. Of course, condo maintenance fees can add up (they often range between C$ 0.55 – C$ 1.00 per sq. ft per month) but that is much affordable in comparison to owning a house.

It should however be understood that homeowners should pay the water bills, garbage collection fees, and sewer maintenance charges. Utility bills can be high and insurance payments can be considerable. Moreover, they need to gather 3 to 5 percent of their budget for any renovations and repairs needed.

Are all condo fees created equally?

Those who are in the market looking for a condo to buy, it is tempting comparing the fees of different condo units with each other. However, prospective buyers should be aware that inclusions in maintenance fees differ because some condos include all the utilities, some only contain hydro, some have cable TV fees included whereas some have separate fees for parking and lockers.

It should also be kept in mind that whereas most condo fees differ based on square footage. Some old buildings have the same condo fees regardless of the unit’s size. This is a bonus for larger units and an unfortunate reality for smaller condo units.

Condos have no limitations for residents to bring in any kind of pet, right?

Each condo board has rules which explain the number of pets and the kind of pets’ condo residents can have. In common terms, most condos have a rule of maximum two pets and restrictions on the size of pets too (for dogs, a maximum weight of 25 pounds is allowed). In case prospective condo buyers do not want their pet to be evicted, they should do their research before they buy one.

Residents own it and can renovate it accordingly

This however is not true. Any major renovation in a condo requires approval from the condo board, and while its usually in the best interests of the board to keep residents happy and approve the renovations (as after all, the board consists of residents too).

Renovation approval is far from guaranteed. For instance: It is quite rare for a condo board to allow a resident to install hardwood floors (pre-engineered floors are OK) as well as moving walls or touching anything that is owned by the condo (especially the electrical wiring, installations and plumbing as tampering with them is a big deal).

Those who are in the process of buying a condo and are envisioning adding another bathroom or are thinking of buying a loft and creating a mezzanine in it; maybe they should understand that these ideas they have can get squashed.

Condo owners can decorate the condo any way they want

This one is partially misunderstood because the Condo board would not be concerned by the resident’s IKEA furniture, collection of Marvel action figures, or loads of artwork on the walls. However, they may have regulations that can regulate the kinds and colors of window coverings as well as what they are allowed to keep on either the door or the balcony.

Residents can have a barbecue on the balcony, yes?

Unless and until the condo’s balcony has an existing line of natural gas, residents are likely not to be doing any barbecue there. Fire rules prevent the transportation of propane tanks in elevators. Hence, the reason why barbecues cannot happen on condo balconies.

Residents can put the condo on Airbnb if they want to

Toronto is still updating rules for its side of Airbnb and condo owners are also by their building’s rules. Most condos in the city prohibit leases that are less than six months. Hence, putting the unit on Airbnb will break the rules.

Other than that, if the condo does not have a rule about accommodation rentals for short terms, then those rules can get changed anytime.

This one is true. With residents being part of the condo board, some may not have an official role there. Since condo owners own a certain percentage of the condo, part of all their condo fees goes towards the creation of a reserve fund to pay for large expenses.

Hence, the board is using the residents’ money whenever they spend the reserve fund. If there is not enough money in the fund to pay for repairs, they will either increase the condo maintenance fees or charge a special assessment which is sort of a lump sum payment.

The insurance included in the residents’ fees covers that part of the building they do not directly own. Yet, residents still need to buy insurance for everything they own. They hence should not forget to ensure the appliances, sinks, and other upgrades they made to the unit because residents own those things as well.

Meetings of the condo board are boring, and residents don’t need to go there, right?

Well, condo boards are not often boring as a lot of essential information is often discussed there. This impacts what can be the largest financial investment condo owners make, hence they should stay informed.

An additional point to note: they should go there and check out the board. If the board consists of individuals using it for personal gain, residents must inform relevant authorities at all costs.

Residents having a problem with their building can go to the media, right?

At times when residents’ grievances are not being heard, it is often tempting for them to go to the media and yell out their woes (particularly social media).

However, the internet’s memory is a long one hence anything about the condo’s building posted on social media, like a stinking pool, dirty parking, broken elevators, bad maintenance and the like will draw away potential buyers and can cause residents a loss.

If you’re wondering how residents can incur a loss, how about buying a C$ 500,000 condo in a worthless building which in a year gets famous on social media for its drawbacks? It then causes the value of your half a million-dollar condo to plummet to say, C$ 100,000. Ready to incur a loss C$ 400K, no right? Thought so.

Residents will choose to ignore Kitec plumbing in their building, right?

Unfortunately, that isn’t going to be an option. Kitec plumbing was used from 1997 to 2005. It has caused a lot of flooding issues in buildings leading to a lot of insurance claims and denials of coverage by insurance companies and condo boards.

If the residents’ existing building has Kitec then they have to deal with it themselves. Yes, it means removing that ages-old system. While some condo boards organize resources to get the job done, some put the responsibility to have the work done by the condo unit owners.

This means that residents can expect additional costs either through increased monthly fees, a special assessment, or direct costs.

Well, no prospective condo buyer should be sure about this point because, in a city like Toronto, views change all the time. Meaning if residents are looking at Lake Ontario, they should not get too attached to that parking lot or the park nearby. With Toronto’s growing population, open spaces can turn into condos pretty soon.

Condos are not a worthwhile investment

This isn’t true because the value of Condos in Toronto has been appreciating each year in the last decade. With prices of single-family homes rising, condos are becoming an affordable option for many wishing to live near the inner-city core. Those who wish to buy one, they should consult their realtors and explore all possible options.