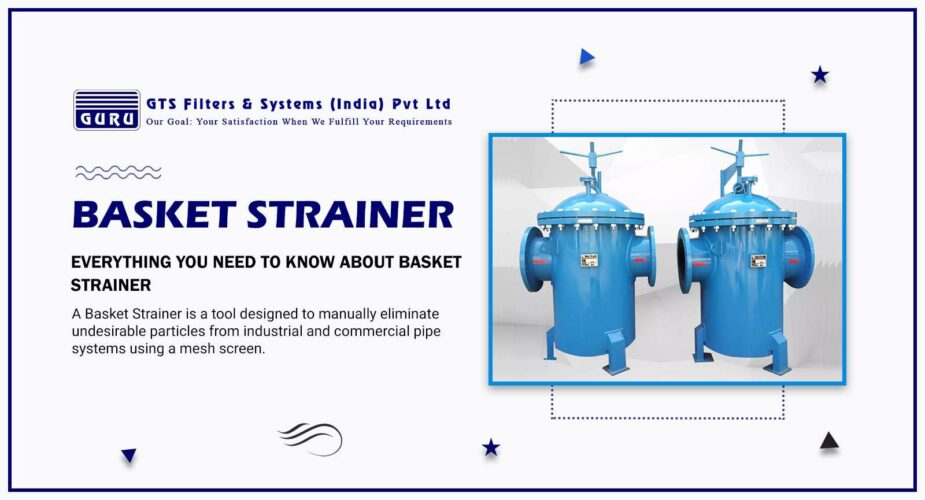 In almost every industrial process or manufacturing facility, filtering or straining is a need. Filters may capture even microscopic particles undetectable to the human eye, while strainers are often employed to remove bigger particles from liquids during various operations. In many manufacturing lines, a strainer gets placed before a filter, and its role is to catch the bigger particles first so that the filtering system can better handle the smaller ones.

One of the strainers available on the market is known as the Bucket Strainer and Basket Strainer. There are several other kinds of strainers. They get used in a variety of contexts and activities. The majority of the time, they are used to remove solids from liquids such as paint, oil, fuel, and other substances that may contain solids that could impact the quality of the final product. At times, solids also get removed because they could cause damage to other components and machinery further along the production line.

There is no difference between a Bucket Strainer and Basket Strainer. Whenever there is a significant quantity of solids needed to get contained, these are the useable ones. The bucket strainer gets considered the workhorse of the strainer group as bucket strainers often have a more extensive surface area than the other kinds of strainers. They are also often used because they are long-lasting, do not call for a great deal of upkeep, and are simple to either clean out or repair. Typically, they are hung in a horizontal orientation after they get installed.

The Types Of Bucket Strainers

A bucket strainer often gets offered in one of two different forms:

When using a strainer with a single basket, the flow typically needs to be stopped so that the strainer can be cleaned or replaced.

On the other hand, a strainer with a duplex bucket can redirect the flow to another strainer, which implies that the operation does not need to get stopped to clean or service the bucket strainer. It is typical for a bucket strainer to be more costly than other similar products; nevertheless, because it is so user-friendly and long-lasting the additional cost is always well worth it.

When the filter is working, the water that has to be filtered goes through the strainer basket input, then it flows through the filter panel, and finally, it goes through the process flow outlet and into the pipe that you want it to go into. Particles and solid pollutants present in the water get trapped inside the screen of the basket filter. As a result of this constant flow, an increasing number of particles are collected, which results in a gradual slowing of the filtering process.

As the material gets carried, the filter hole becomes smaller, resulting in a pressure difference between the input and outflow of the system. Differential pressure sensors provide electrical signals to the controller when the gap between intake and exit pressure exceeds the predetermined value. The control mechanism initiates the drive motor to spin the shaft through a transmission element.

Additionally, the blowing port opened, allowing debris to get discharged. It is only after the filter screen gets blown down such that the differential pressure drops to its minimum value and the system returns to its previous filtering state.

How Does It Function?

The significance of strainers and filters used in different businesses is not something to get understood by the general public. Strainers get utilised in industrial applications to remove larger impurities such as sand, organic material, dirt, and chemical lesions from the pipeline or stream of industrial components. Filters, on the other hand, are utilised to remove smaller solids or even chemical components that are not visible.

As per the leading Bucket Strainer Manufacturers And Basket Strainer Suppliers In India, the basket strainer is ideal for applications requiring high flow rates and high pressures. Cleaning is a breeze since the strainer element can get accessed by removing the top cover. As a result, they can be readily exchanged, cleaned, or mended.

Basket strainers with two layers are called duplex strainers, and they often get used. Because they enable the process to continue even while the strainer is being cleaned or maintained, they are useful. So it’s quite practical and straightforward to work with.

We Are The Top Suppliers

GTS Filters & Systems (India) Pvt Ltd manufacture and supply high-quality bucket stainers. We are recognised as the top Basket Strainer Manufacturers And Bucket Strainer Suppliers In India. Our products are readily available in markets because of their huge demand. Visit our website today, and book consignment!