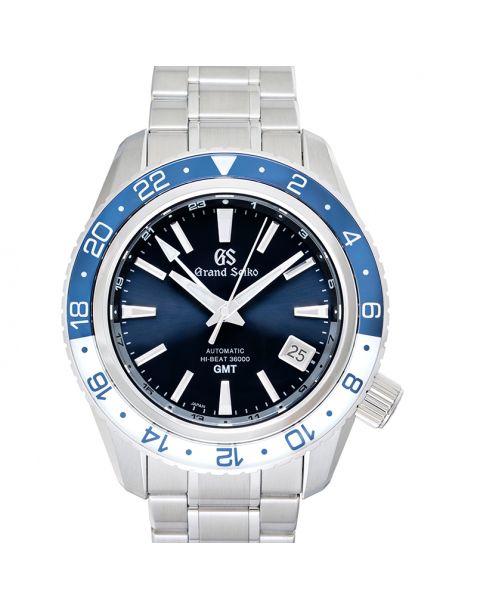 When you think of Seiko, the thought of cheap quartz watches and probably the occasional automatic diver’s watches come to mind. High-end watch consumers didn’t think highly of the Japanese brand, despite it producing high-quality watches powered by world-renowned Japanese technology.

However, things have changed with the introduction of the Grand Seiko, which easily competed with even the most decorated Swiss manufacturers.

Grand Seiko mirrored the brand’s desire to create a line of watches that would be better than Swiss in various aspects: durability, legibility, aesthetics, and chronometric standards. At that time, only Swiss watches were regarded as luxury timepieces and were considered to be far superior to any Japanese-made.

The Rise and Fall of Grand Seiko Watches

The first generation of Grand Seiko was introduced in 1960. It was fitted with a hand-cranked Caliber 3180 movement and featured a chronometer that tested at a standard greater than those set by the Swiss industry. It was priced at an equivalent of about $3500 today. It was quite an outrageous price tag for a Japanese watch, considering that for that amount, you could already get a fine Swiss watch.

The model was almost immediately followed by newer models with more advanced features including dates, hacking mechanism, and automatic winding with different frequencies, to name a few. What started as a single watch eventually became a range of Grand Seiko watches that reflected the brand’s ability to produce watches on a par with those produced by Swiss watchmakers.

The Birth of the Second-Generation Grand Seiko Watches

In a strange case of irony, Grand Seiko’s fast rise to fame eventually turned into its downfall. In 1975, Grand Seiko had to shut down production as demand for mechanical watches plateaued during the Quartz Crisis. Fortunately, production eventually resumed in 1991. By 1998, the second generation of GS watches was launched, bringing to the table the new 9S5 series of hand-wound and automatic calibers.

The modern era of Grand Seiko ushered in new beginnings for the brand. It reminded everyone of its reputation for producing some of the world’s most accurate watches and its flagship products demonstrated its skills as a quality watchmaker. Today, Seiko is one of the few brands that manufacture its mainsprings and balance springs in-house. Also under its belt is the Spring Drive mechanism, which combines the accuracy of quartz and mechanical movement to provide an accuracy that’s more precise than the Rolex Superlative Chronometer, METAS-certified Master Chronometer, and even the COSC-certified chronometer. You would find this mechanism in most Seiko collections including the Galante, Credor, and Grand Seiko.

All these efforts are geared towards helping Grand Seiko reclaim its position as a maker of fine mechanical watches that cater to a new generation of watch enthusiasts. Fast forward to the present, you’d find a Grand Seiko watch in every style imaginable with features that you would only thought to be exclusive in Swiss watches. Let’s start with its collection of blue dial watches.

Blue dials are a classic hit among watch fans, largely explaining why what started as a novelty became an industry staple, joining the ranks of black, gray, and white dial watches. This blue dial Grand Seiko first hit the market during the Basel World 2014 and it was released in celebration of the 50th anniversary of the first Grand Seiko with a date, the 1964 Self-Dater. This classic was the first to feature a sunburst dial. It’s no surprise then that the 2014 version features the same finish as a homage to the original.

This limited-edition model is a sight to behold, featuring a vivid blue dial set in a 40mm stainless steel case and a matching steel bracelet that ends in a folding clasp. It runs on the Caliber 9S65 which packs an impressive72-hour power reserve and a precision rate of +5 to -3 seconds a day. Other features include a domed and anti-reflective sapphire crystal, a display caseback that showcases the red-and-blue rotor, and 100m water resistance. The reference is limited to only 2500 pieces worldwide.

The brand has several GMTs under its belt—at least 40 watches with a GMT function to be exact. However, the issue has been that the GMTs with Spring Drive or Hi-Beat movements are a little too large, having 44m-wide cases. But, things have changed recently with the introduction of a range of 40.5mm Spring Drive GMT watches in 2020. These include four versions, one of which features a blue dial and a matching blue ceramic bezel. It’s delivered with 200m of water resistance and a sapphire crystal insert.

The distinctive dial of this Grand Seiko model is reminiscent of the beauty of the snow in the Shinshu region, the birthplace of the Spring Drive movement. It is characterized by a textured surface, similar to a rough snow surface. The Ref. SBGA407 has a 40.2mm stainless steel case, enclosed with a box-shaped sapphire crystal and presented in a crocodile leather bracelet that ends with a three-fold clasp with push button release. Beating inside is the Calibre 9R65 movement that boasts approximately 72 hours of power reserve.

Released in celebration of the 50th anniversary of the first quartz watch, this Grand Seiko entry boasts a blue dial with a kind of repeating pattern. It isn’t quite a surprising feat from a brand whose reputation for eye-catching dial designs is unrivalled. This is limited to 2,019 pieces and features a color-matching seconds hand, GMT hand, and chapter ring. All these features are presented in a 40mm stainless steel case and a matching steel bracelet.

Grand Seiko offers a wide range of solid, well-finished and quite attractive watches with exceptional movement and compelling functionality. If you’re in the market for a $5000 and above watch, these offerings are sure to make a worthwhile purchase.

What do you think of these blue dial Grand Seiko watches? Let us know by leaving a comment.