The Future of Multipurpose Apps in Thailand – Gojek Clone App 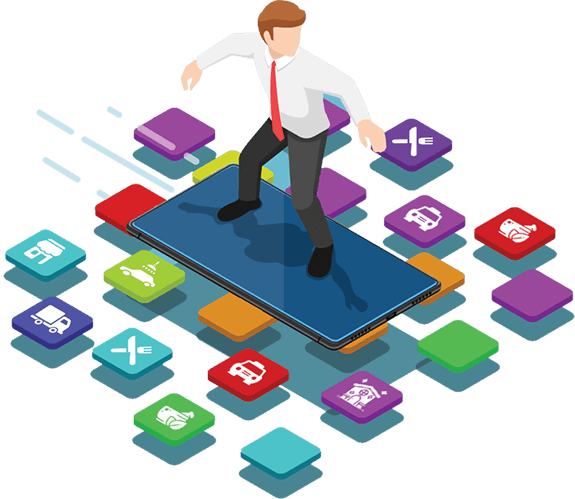 Mobile apps that can perform multiple functions are on the rise in the market. With the rising digitization, many businesses have started implementing a multi-app strategy instead of a single app which offers all its services in Thailand. From a marketing perspective, it is really helpful for people to have a single go to app for all their needs. Be it finance, travel, food delivery, shopping, or household needs. The Gojek Clone App is one such multi-services app which provides these services and more.

The International market is dominated by Android users and they use their smartphone for multiple tasks like downloading, reading, editing, sharing, etc. But due to limited space on their phones, it costs them more to run all the apps that provides these different services. In addition the installation of all these heavy apps ruins the user experience by slowing down the device.

User interface and experience also is very difficult to get right for a standalone app, let alone a bundled app. But the Gojek Clone app is a one of its kind app that offers over 70 services with just a single download and log in as well as a seamless user experience.  With the world constantly changing, all major brands have moved to offering bundled experiences.

Mobile apps that can perform more than one function are a Godsend for us in terms of time and effort and also help us save a lot of space on our mobile phones. While single purpose apps were launched in the beginning of digitisation. Now there are apps developed to cater to broader customer needs in Thailand. Numerous apps which started off with delivering a single service, quickly transitioned into offering more than one and became multi-dimensional

Like a mall, a multi services app is one that has everything the customer needs in one place alone. In contrast, single-purpose apps are more like speciality shops; they are specifically design to accomplish one thing and one thing alone.

The concept of Bundling

Unbundling simply means breaking apart the individual features or functionality of an multi-app and offering those as entirely separate apps. These are specifically those apps launched during the years 2013-14 which provide a singular feature on their apps. For e.g apps like Facebook split off into Messenger as a separate app and the same thing happened with all the Google apps like Google Docs and Google Sheets.

It was only later on when the process of multi-purpose apps were started to offer customers a more user friendly experience. A reversal ensued between 2015 and 2016 in which single purpose apps were bundled to create multi-purpose apps in Thailand. For e.g. Amazon began offering everything from books to toilet paper. Now its daily traffic is estimated to be over 2.6 Billion. And let us look at Zomato which started off as a portal providing reviews and ratings of restaurants near you and now you can order food from those restaurants on Zomato. On an average Zomato serves to 50 million users every month! Apps like the Gojek Clone also have diversified their game and gotten into offering various services like transport and logistics, food and shopping, daily needs, business and even entertainment.

So, what is the best strategy for custom app developers? Let us delve into it.

There are two options, and each has its benefits:

1) Create a multi-purpose, uniform app that has everything the user needs in one place:

Generally, most users tend to favour mobile apps with clean and clear as well as easy to use interfaces which allow them to engage quickly and reach a solution quickly. Mostly this is easier to achieve with single-purpose or unbundled apps.

Nonetheless, numerous apps can create app overload and excessive jumping between them. This is in turn intensified if the apps do not work seamlessly and create glitches in the device.

No matter what choice a user makes, what is of vital importance is that the app experience should be unified. Mobile apps almost always do not focus on the wants or needs of the user and generally fail. There is of course no cut and dried answer as to which approach is better. It all entirely depends on the needs of the user.

In conclusion, switching to multipurpose apps is turning out to be an extremely wise and lucrative decision for big businesses so far in Thailand. The market today is in need of more multifunctional bundled apps like the Gojek Clone app rather than single need specific unbundled apps.