The Surprising Fact Behind How E-Commerce Industry Promotes Economic Growth 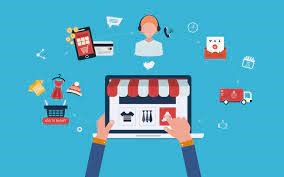 The E-commerce industry is exploring a wide geographical area as the world is getting more advanced and advanced. It’s due to the people’s increasing demands for online products and the market’s revolution for providing more enhanced services. The report, which reviews trends and considers the impact of e-commerce on the world’s economy and such economic sectors as finance and tourism, also shows negative aspects should developing countries fall further technologically behind global industrialization.

Leatheriza Affinity has been working for a long time in the e-commerce field through its leather jackets, shoes, and other accessories. Thus we have created a well-research-based article about how the E-commerce industry will influence worldwide economic growth based on two points.

The Economic Impact of E-Commerce

As you know very well, e-commerce has a positive effect on various businesses; people have raised some doubts about its influence on productivity growth and macroeconomics in particular. In the long run, the productivity gains have worked to improve living standards, and actually, it’s one of the main goals of development. The United States leads the world in e-commerce, and IT has had inspiring economic performance, mainly in terms of productivity growth, since 1995. The report says, the highest percentage of acceleration in productivity growth is attributable and structurally induced by internet and ICT, through improvements in all aspects of marketing, production, finance, and logistics”.

The analysis is centered on savings and assumes that e-commerce reduces services costs, mainly in wholesale and retail trade, business and financial services, and transport. Cost savings in services are done via a productivity growth scenario that offers an analysis of such macroeconomic variables as welfare, GDP, wages, and terms of trade. The analysis is a special application of a CGE (computable general equilibrium) model to e-commerce at the global level.

Developed countries have welfare gains of $117 billion, while all developing countries, excluding Asia, would face a $726 million loss. The Asian region would get $802 million, significantly attributable to the transport services sector. Besides GDP and welfare losses, developing countries would also face a reduction in deteriorating terms of trade and wages. E-commerce could end up actually widening, and not narrowing, the gap between developing and developed countries.

The list of survivors and fall of the dot-com crisis demonstrates that ICT’s value for development doesn’t lie much in the share of the global economy that this sector may come to represent, but in the modifications that ICT will make in the functioning of enterprises across the economies assimilating them.

The second scenario shows that if developing countries were to catch up with developed countries in terms of productivity, they would increase welfare, output, and wages. By increasing efficiency, reducing cost, reducing time and distances, e-commerce could thus become an essential tool for development.

We expect Business-to-business (B2B) e-market influencing business-to-consumer (B2C) e-commerce in volume to play a significant role in the future, becoming the individual largest B2B component by 2004, of which an estimated $1.5 trillion will be through B2B e-markets. The considerable growth in B2B e-markets is expected to perform a significant role in such sectors as computing and electronics, utilities, petrochemicals and paper, motor vehicles, office products, and agriculture and food. These markets will also be enhanced, forming strategic alliances and a significant focus on the provision of specialized and differentiated services and products.

According to the report, Online financial operations allowing handling considerable financial operations and related payments traffic both cross-border and nationally at a fraction of the former costs & time – are also experiencing significant growth. Current forecasts indicate double-digit growth rates for e-finance for the coming years. As compared to 3% for the overall banking industry, the Internet banking segment is expected to expand 25% annually. 80% of all brokerage activities and half of all banking activities will probably go online in developed countries. The figures range from 30% to 40% for e-banking and e-brokerage, respectively, for emerging economies.

Financial service providers, especially from transition and developing economies, will have to address the technological complexity and high initial costs of establishing online payments before they can expect “e-finance preparedness. The technology can still not cope with the requirements of high-value & micro-payments in B2B & B2C alike.

E-financing technologies and online payments are at an initial stage of standardization, with the industry still selecting between competing models and solutions. Payment solutions and promises of “Net-only” banking becoming a “killer application” seems considerably exaggerated, but banks and other traditional financial services providers are facing pressure to adopt aggressive Internet strategies and rapidly raise their online services.

So, this is the detail of how deeply the e-commerce industry affects the global economy. Its role is acceptably excellent and is expected to remain the same in the future.