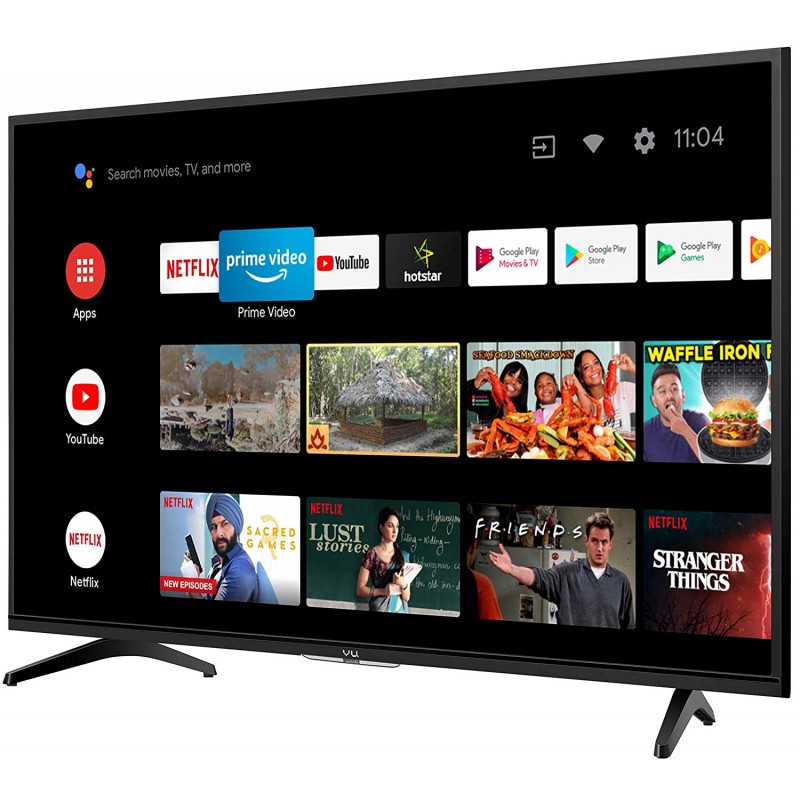 Furnishing our homes, offices or any other place with electrical appliances can be a demanding task. This fact holds true especially in the case of televisions. A wide range of TVs is available in the market, each boasting of high-quality technologies, resolutions etc. In current times when over the top (OTT) content has captured viewers’ imagination, it becomes imperative that the TV is a smart one, endowed with built-in apps, and running with the aid of the internet.

Moreover, there are multifarious kinds of TVs obtainable — LED, OLED, QLED etc., and each one of these possesses numerous options in terms of resolution. It is not expected of a customer or a layman to understand the differences between the various kinds of TVs. So, if you’re not tech-savvy, you need not worry. We present to you some of the most trusted TV brands, for instance, Samsung TV, imparting a viewing experience that is worth every rupee.

Samsung, the electronics giant from South Korea has long become a household name in India, spreading its wings into various domains, from smartphones to air conditioners, and every other electronic gadget in between. Samsung TV is also a force to be reckoned with; it should definitely make the list when one decides to purchase a television.

Presenting a wide range of options before its customers in terms of the integrated technology, resolution incorporated, size etc., it is one of the best in the terms of reliability. Among the wide variety of technologies, Samsung has been a great proponent of QLED TVs. Being the brand to introduce QLED TVs to the world, it has perfectly amalgamated Quantum Dot colour technology with the much known light-emitting diode (LED) one, to present an all-new display experience.

These quantum dots are an upgrade from the regular LEDs, and churn out larger than life pictures on the television screen. The QLED TVs are, however, some of the most expensive models out there. Samsung TV caters to the needs of every budget group.

For instance, a 30-inch T4700 Smart HD TV can be bought for around 25,000 INR. Choose from a long list of resolutions available like Ultra HD 4K, Crystal UHD, QLED 8K and many more; not to forget the screen size and type of TV.

Sony, based out of Tokyo (Japan), is one of the most sought after brands in the field of TVs. While Samsung bats for QLED TVs, Sony is the chief spokesperson for OLED TVs, in the sphere of premium models. OLED, or the organic light-emitting diode permits a pixel-by-pixel emission of light, lending an augmented authenticity and natural look to the pictures.

Moreover, most of the premium models come equipped with a built-in Google Assistant, as well as offer support to Amazon’s Alexa, allowing many smart home appliances to be controlled conveniently just by voicing the instructions. In case of budget constraints, one can still savour the best viewing experience.

For instance, a low-range LED TV price starts from around 20,000 INR; one can experience the features of a smart TV at just 25,000 INR, with the device coming with in-built apps. When you shop at the Bajaj Finserv EMI Store for a Sony TV, you can choose a model as per your requirements.

If you’re a gaming enthusiast, opt for a 4K HDR model and play amidst increased contrast. With Sony TV, one can savour the experience of being at a stadium right from the comfort of their home. The experience of binging on web series, TV shows etc. could not get any better than what is offered by Sony TVs.

Another multinational electronics giant with headquarters in South Korea, LG delivers some of the most eye-pleasing models in terms of its structure. It not only imparts an aesthetic and trendy look to the room, but also delivers qualitative performance. It has patented the NanoCell Technology that dispenses the same vibrant colours and clarity as found in an OLED set, but at a cheaper rate. Some of its smart TVs come installed with webOS, one of the most seamless and smooth interfaces out there. Multitask, plug in external storage devices, record your favourite shows and do a ton of other activities with the best TVs from LG.

If you’re scouting for the most affordable TV brand in the market, opt for Mi without any second thought. Mi’s LED TV price starts as low as 15,000 INR, and that too is supplied with the most popular OTT applications, Google Assistant etc.

Several other characteristics render Mi a user-friendly brand. Customize your home screen as per your choice to not be overwhelmed by the Android interface; install third-party applications, play numerous games boasting of intense graphics and more on your Mi TV.

There are many brands to choose your next TV from. Some of the best brands include Samsung, LG, Sony, and Mi. Each of these is unique in its own way, in terms of technology utilized and services offered.

The Bajaj Finserv EMI Store is your one-stop solution to finding the best electrical appliances for your homes. The same goes for televisions; choose the most suited television set from innumerable models by using the filter option on the website. Use your Bajaj Finserv EMI Network Card to enjoy enthralling deals, including the no-cost EMI feature while shopping at the EMI Store.