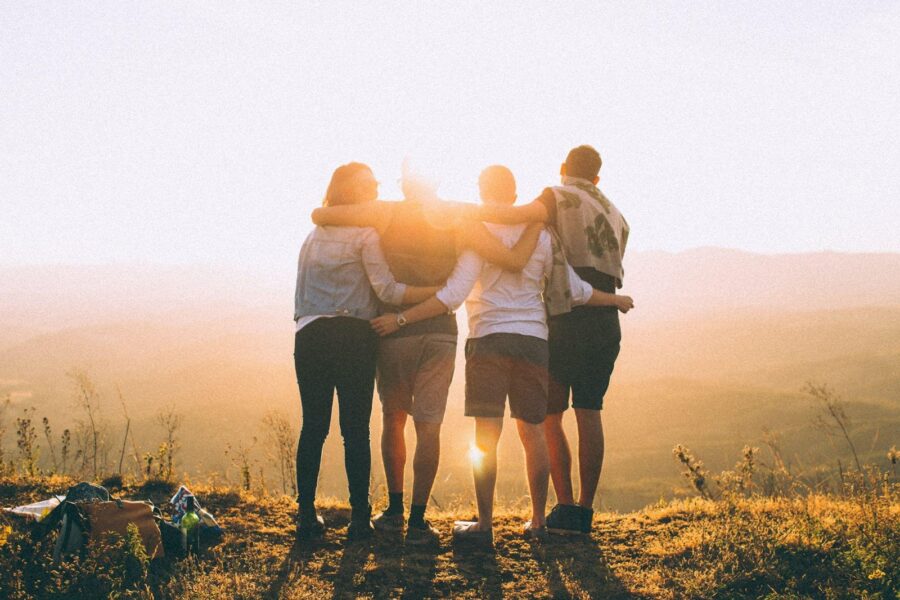 What can you do to prevent cognitive deterioration? Christian Jarrett, a neuroscientist, describes the six practices that might help you maintain your grey matter in shape.

True, our brains normally complete maturing in our twenties, after which there is a steady cognitive slowdown with age, so it’s a good idea to start thinking about these things when we’re young. There’s also the possibility of dementia later in life, which is caused by illnesses like Alzheimer’s; consequently, dementia rates are growing in nations with aging populations.

Fortunately, what researchers refer to as “modifiable risk factors” impact rates of cognitive slowdown and dementia risk. In other words, there’s reason to be positive because there are things you can do – lifestyle habits you can adopt – to keep your brain sharp and reduce your chance of dementia.

Maintain a high level of mental activity to increase your cognitive reserve. Cognitive reserve is a term used by psychologists and gerontologists to describe your brain’s ability to adapt in the face of age or sickness. For example, if a person has a large cognitive reserve, likely, they may still do well on mental performance tests even if they have some of the molecular signs of Alzheimer’s (such as protein clumps that collect and impede brain function). It’s as though they have mental reserves that allow them to deal with the trauma.

Reading, playing musical instruments or singing, completing tough puzzles, learning a second language,, and traveling are just a few of the things that might help you enhance your cognitive reserve. Simply said, the saying “use it or lose it” is accurate.

You’ve probably seen the computerized brain games that claim to maintain your grey matter razor-sharp. The trouble with these games is that their advantages aren’t universal – you’ll improve at them, but your gains won’t transfer to other areas of your life. The games might even be damaging if they keep you from mingling with your friends and family. This is because socializing is the most effective brain-training exercise.

Social isolation, on the other hand, is thought to be a key risk factor for dementia. “People with less social activity, less regular social interaction, and higher feelings of loneliness have an increased chance of developing dementia,” a group of researchers from the University of Groningen wrote in a recent thorough study of the matter.

So, wherever possible, seek out the company and stimulating discussion – it will give your brain a fantastic exercise, and the sense of belonging will be beneficial to your mental health as well. If you don’t know where to begin, volunteer or join a debate group.

Continue to be physically active

A sedentary lifestyle has been shown to hasten cognitive impairment. courtesy of Getty Images

Because your brain needs oxygen and other nutrients to operate properly, the better your cardiovascular health, the fitter and healthier your brain will be. Simultaneously, both a sedentary lifestyle and obesity are linked to accelerated cognitive decline and an increased risk of dementia.

As a result, aim to include an active lifestyle into your daily routine. Regularly participating in running, cycling, swimming, or other similar exercise classes will help, but if those aren’t your thing, you could try simply walking and taking the stairs more often, or staying more active by gardening or regularly participating in some other type of heart-pumping hobbies, such as choir singing.

Getty ImagesThe Mediterranean diet can offer your brain the nutrients it requires to be healthy. If you can maintain a healthy diet, it’s also helpful for your brain. Avoiding saturated fat helps keep your arteries clear, and eating enough fruits and green vegetables will give your body plenty of antioxidants, which will help cleanse your brain of ‘free radicals,’ which are a type of detrimental by-product of many biological processes.

The World Health Organization advises a “Mediterranean diet” that is high in fruits, vegetables, legumes (such as lentils, beans,, and peas), nuts, grains,, and olive oil but low in saturated fats and meat to achieve these aims. If that seems too daunting, start by striving to eat one extra piece of fruit each day and avoiding too many ready-made meals from the store. Besides eating, consider also some small habits that will affect your health. For example, instead of smoking cigarettes, try the hydes.

Perhaps even more shockingly, there are correlations between personality and brain health. Openness to Experience (one of the so-called Big Five qualities linked with curiosity, creativity, and a desire to try new things) scores higher in those who are smarter and have a reduced risk of dementia. “Higher openness was connected to higher psychomotor speed, cognitive flexibility, and working memory in depressed and non-depressed older individuals,” according to a study from the University of Georgia.

Fortunately,, you may develop routines to increase your Openness to Experience, such as seeking out greater amazement (for example, by taking walks in beautiful environs or watching nature documentaries), traveling to exotic and unknown areas, and engaging in mind-expanding cultural activities (such as live theatre).

By now, you should be feeling quite hopeful about your brain’s future, especially as you become older, if you’ve built this variety of beneficial habits surrounding being cognitively and physically active, socializing frequently, being open-minded, and eating healthily. This is the jigsaw’s final piece.

According to a growing body of evidence, your views regarding aging might have serious effects on your brain health. If you expect to get slower and more forgetful as you get older, that might become a self-fulfilling prophecy.

Alternatively, if you recognize that you have some control over your brain’s health and that you can maintain mental agility throughout your life with the correct lifestyle and habits, your brain is likely to benefit.
So, if you can, seek out good older role models, heed the suggestions in this article, and grasp the opportunity to train your brain like a muscle – you might just be able to reach your full potential.

Why Are Facial Rollers Taking Their Place In Everyday Skincare Routines?

What Are The Benefits Of Taking Workout Classes Atlanta?