Tactics to Become the Top Player of Free Fire 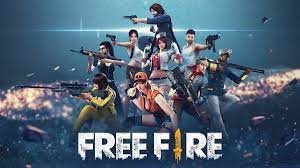 Garena Free fire has become the world’s action-packed highest-grossing Google play game. Free fire is a multiplayer battle royale game compatible with both android and iOS, respectively. The rule of winning this game is to be the last survivor in the game. This ultimate survival shooter game is available on smart phones.

While starting the game, you will be placed on an isolated island within 10 minutes, and there you have to defeat 49 players to win the game. You can win exciting gift items such as clothes, pets, Elite-pass with diamond-free fire. All you need to do is Top Up Free Fire using different payment options and go on.

Whether you are at beginner level or an expert, the following tactics will help you become the Island’s winner. Your main goal should be on the Island in the end.

You can catch the sounds in case you miss the movements of the playing field. You can also hear the nearest sound related to other players using headphones. After observing the sound, you have an idea of which room the players have entered and exactly where they are. At the same time, other players can also hear you, so don’t move too fast.

Take the help of Minimap

Using minimap you can watch the location of other players. If another player is trying to shoot you, The“red arrow” will show you on the map when you notice the “red arrow” it means the player is near you, and also you can look at him exactly for a short period. You can also take an idea of which direction the attacker is located.

Vehicles can make a lot of noise and can be easily seen by other players from meters away So use the vehicles only if it is an emergency. After using the vehicle, move away from the area as soon as possible. Taking a vehicle is only helpful when you are playing on a team to ride on a vehicle and the other can shoot the players.

You can only start running at the beginning of the game, but you have to change the rules during the end phase of the game. For that, you have to stay in motion. Move slowly and carefully so that others do not pay attention to you. Avoid walking in open areas because the players can find you easily there. Don’t enter any building, but you may look inside from outer windows.

Do Not Open Your Parachute

Players can shoot you if you are still in the air after opening your parachute because it slows down your descent and can delay the actual time of landing. So I always prefer to jump directly from the plane. As per game rules, the parachute will automatically be opened when your way is directed towards the ground. You need not worry about it.

As soon as you land on the Island, Stay away from cities at the beginning because there will be a lot of combat in cities. Your mission should always stay away from other players that give a chance to players to kill each other, and you will get an opportunity to be the last person to land in a quiet spot.

Armor Is More Important Than Weapons

Always prefer to find armor rather than weapons. Headshots are very damaging, and they can kill you in one shot only, so try to find the helmet first. Wearing armor will escape you from the squad of combat.

Escape from others should be your main goal. Free Fire games need passion and mental strength to face all the hurdles.