How Do Solar Panels Work? An Easy-to-Understand Guide 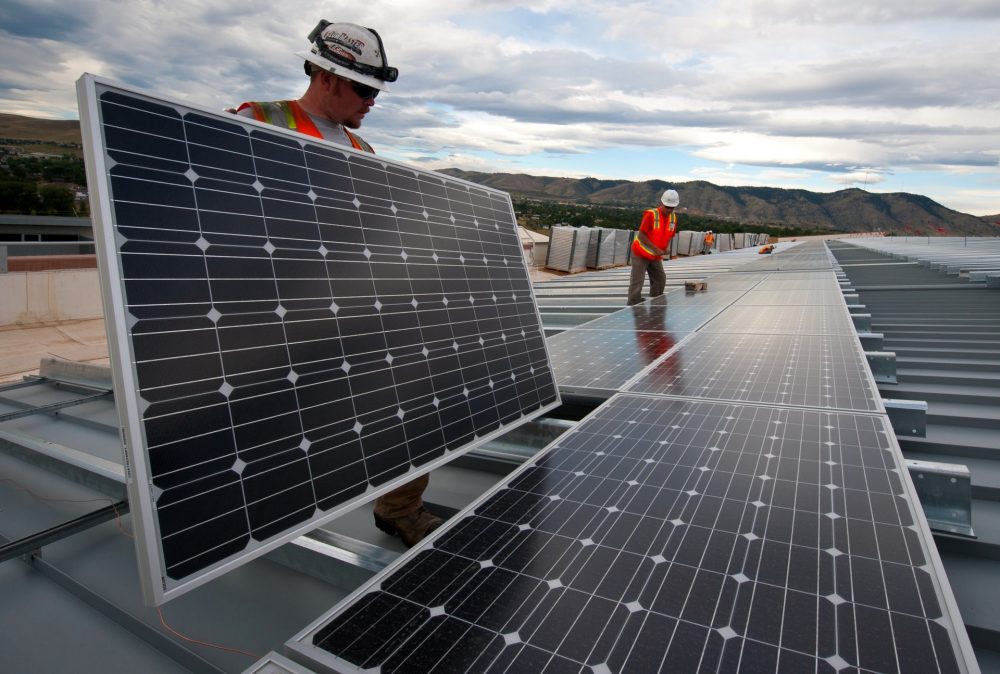 When it comes to the way we, as members of households spend energy, more and more people are opting for eco-friendly ways of powering up their washing machines, heating their rooms during the winter and providing light for their cellar among other things.

The thing is, while eco-friendly green energies aren’t yet that advanced that you can use them straight away, there are a couple of ways you can start using an alternative source of energy straight away in your home.

In this article, we’re going to talk about solar panels and how they work. As advanced and high-tech as these contraptions come across as the way they work is fairly simple. The most important challenges with solar panels include ensuring an efficient transfer of energy, storing it for extended periods, as well as tackling any problems that may stem from the fact that they are stationed outside, where the weather is always a factor.

Here’s the deal in more detail.

The integral part of any solar panel is a number of solar cells arranged in a certain fashion. What these cells do is they transform light into electricity, which makes them work better on sunny days, and then not so well if it’s cloudy or overcast outside.

When a number of these cells are combined together, they can produce a decent amount of electricity you can then use for any given purpose. Of course, there may not be much of it to go around from just a couple of solar panels, but if you have more of them, you can get to an amount of produced electricity that can be useful to you in running your household and decreasing the electricity bill you pay every month.

If you have enough panels and the weather is favorable, you can even switch to using solar power only, which can be a great idea if you live in a sunny area.

While solar panels are relatively simple contraptions that only need good exposure to the sun to work, there are a couple of problems with them here and there. The biggest one by far would be the shading because if there’s no light, there’s no electricity being produced.

The problem here is that, since all solar cells are interconnected, if one doesn’t work, the others can’t work either. So, to bypass this, solar panel makers fit special diodes that connect the cells with each other regardless of their exposure to sunlight or whether or not they produce electricity. So, the flow of the accumulated current of all the other solar cells that are not shaded is uninterrupted, and the panel can continue to work minus that one cell that does not produce electricity, for example.

That said, this does not fix the problem with that cell that doesn’t work, as the only way to make solar cells produce electricity is to expose it to light and sunshine.

Since electricity made with solar panels is DC, in order for you to use it in your household, there has to be an inverter that will turn this direct current into alternating current – which you can then use for powering up your TV, fridge, and other contraptions and systems in your house.

More often than not, whoever is fitting the solar panels on the roof of your home will also fit this inverter, too, because, without it, the electricity these panels could generate would go to waste.

Also, the question of materials, whether you’re getting comprehensive solar quotes, and the time of completion are all matters you will probably have to discuss this with the company that installs your solar panels anyway.

Battery or Back to the Grid

As the last stage of a solar panel’s operation, so to speak, the produced electricity is either immediately used by the electrical appliances you have in your home, or it goes back into the grid.

There’s a third option, too, although it’s fairly pricey – you can get a large battery to store this electricity and then you don’t have to use it immediately when the panel makes it.

So, in order to get the most out of your solar panels, you should probably aim to use the energy straight away.

All things considered, understanding and using solar panels in your home is not exactly nuclear science. They work in a very simple way, so as long as they have enough sunlight, you can rest assured that they will produce a decent amount of electricity on a regular basis.