EVs To Come In Near Future 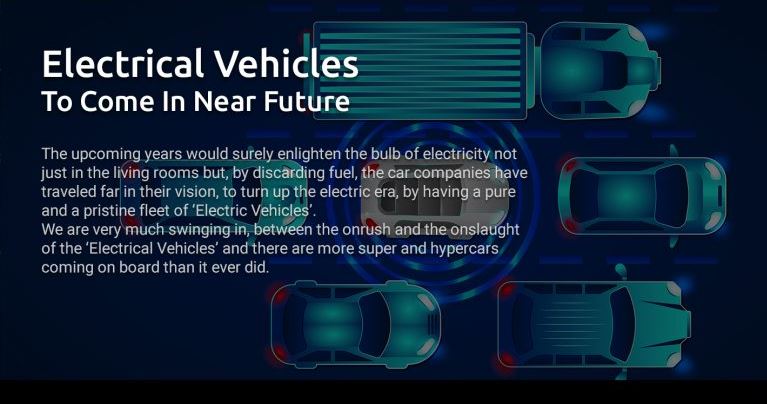 The upcoming years would surely enlighten the bulb of electricity not just in the living rooms but, by discarding fuel, the car companies have traveled far in their vision, to turn up the electric era, by having a pure and a pristine fleet of ‘Electric Vehicles’.

We are very much swinging in between the onrush and the onslaught of the ‘Electrical Vehicles’ and there are more super and hypercars coming on board than it ever did.

The river streams of these cars and the fiver they might do to the ‘Fuel Induced Cars’ might double the rates of extremity, therefore these are the cars for a not-so-far-world that has started to crawl in from the current point of time.

These will be the Cars, SUVs, and Trucks that would be hitting the automotive town nearly by 2026, go see them rolling

There is something newly creped in the pipeline and the skews of Aston Martin. Vanquishing more than a dozen of cars, team Aston Martin followed a series of DBX SUVs, then Valkyrie, and now finally rolls Vanquish.

Though this future car will carry a name which is a bit ‘Passe’ but the rather new mid-engine, manual transmission, and a whole new get-up will make the car more authentic than ever.

Aston Martin didn’t turn any of the ‘Pricing Pages’ as of now but the initial expectations can start from  $450,000.

Escala sedan could probably be palpated as the Luxurious yet powerful roll ou by the team ‘Caddy’ and the car could surely be rolled in somewhat later months of the year 2021.

The Escala is believed to be embedded with the same CT6 engine which was once sighted back in the year 2016 but that alone is not the only rumor but in fact, the car would surely be sipping-in a ‘Full Electric Diet’.

The electric platform used in the Cadillac ‘Lyriq’ would go about as the same for ‘Escala’ too.

The horses are fed and the grasses have gone lusher here in the manufacturing plant of Chevrolet and it’s only a flick of time when Chevrolet would announce its Z06.

Hopefully, the car might float as ‘New’ nearly in the middle of this current year, and a more powerful ZR1 and a higher electrified version of the Corvette, rolling with the utter punch of 625 hp, can be sighted down the line.

The Ioniq Electric Vehicles by Hyundai can be tagged as the ‘Angular Cars’ out of which the ‘Ioniq 5 Electrical Vehicle’ was just dropped some weeks ago, with an impressive outer styling, sloping roofline down the round edges.

The range-topping Ioniq 5 can be felt with 232 horsepower but the initial base version powers somewhat 168 horsepower with a 298 miles power per single charge as estimated by Hyundai.