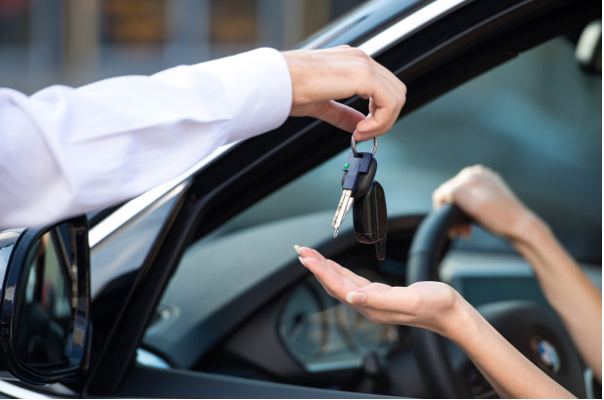 We live in a technological age driven mostly by our applications. Our day to day life depends upon these apps and we cannot think of a day without the presence of these apps.

Today there are apps for everything, for your basic grocery to even your taxis, you name it you have it! Till a time you could not even think of an app that could help travellers going for long distance trips but surprisingly it is available as well.

So what makes a car rental app necessary? As mentioned earlier, we live in an app-driven age and today more than half of the world’s population is driven by these apps.

Also worth mentioning is the point that these apps help riders find an easy, convenient and economical ride for long-distance trips even on days when there may be occasions.

Today there are several car rental apps that have comforted the long distance travellers from the worry of making enormous payments for rides. However, we have listed down the top game changers in this field.

Lyft is a popular transportation network company based in San Francisco, California offering its services in the form of apps on the iOS App Store, Google Play Store, Microsoft Store and Amazon in over 640 cities in the United States of America and 9 cities in Canada.  One of its newest features is its Lyft Express Drive allowing users to get a car rental service along with empowering them to rent the car, drive it and earn without the worry of any long-term contracts and can be returned after a week.

The second most popular car rental app is the Getaround App offering its services in over 300 cities around the world like Barcelona, Berlin, Boston, Denver, etc to name a few. All that the user has to do is sign up using their Google or Facebook ids and choose the vehicles of their choice like Sedan/Coupe, SUV/Jeep or Hatchback/Wagon etc on an hourly or daily basis and in case one owns a car then by sharing the details of their car they can also earn along the way.

It follows these three simple steps namely sign up and search – book a car – unlock and go. The app can be downloaded on iOS App Store and Android Play Store.

The third popular car rental app is the Zipcar App offering its services to users living in United States of America, Canada, United Kingdom, etc and can be downloaded on the iOS App Store and Google Play Store.

It is preferred by most riders because it is convenient and saves money, it locates them to nearby cars, it helps them drive on demand and it helps them to go beyond public transit and enjoy weekend adventures.

Turo earlier known as Relay Rides helps riders choose from hundreds of car models and have them picked up or delivered as per their choice. Some of its other features include a 24*7 customer support, insurance options and free cancellation service. The app is mostly used in Honolulu, Los Angeles, Denver, etc to name a few.

It works in the following steps, Find the Perfect Car – Book It – Grab and Go and can be downloaded on iOS App Store and Android Play Store.

The Hertz Corporation is an American car rental company having its headquarters based in Florida and offering its services throughout North America, Europe, Latin America, Africa, Asia, Australia, etc. It allows users to book a car, choose the pickup and return date and get the car for rent for the prescribed period.  It is preferred by most riders because of its amazing discounts and multiple vehicles and allowing car owners to earn through its Gold+ Reward Program. The app is downloadable on the Android Play Store and iOS App Store.

Car2Go is a popular German car rental company providing its car sharing and rental services in urban areas in Europe, North America and China to name a few. It allows riders to join for 5 US Dollars and get a credit of 10 US Dollars and get services like insurance, parking etc. Some of its other unique features include free parking and pay no extra fees, annual or monthly or membership costs and can be downloaded on iOS App Store and Android Play Store.

The Silver Car App accelerates on the mantra Elevate Your Rental. It empowers the user to get a premium driving experience with an Audi picked, have it booked, managed and unlocked with the app  with 0 paperwork and 0 hassles and get amazing perks like child seats, ski and surf racks, WiFi, XM Sirius Radio etc absolutely free. The app is mostly available in parts of US like Austin (Texas), Boston, Charlotte, Chicagi, Dallas, Denver, San Diego, etc and can be downloaded on the iOS App Store and Android Play Store.

Finally, the app which is quite popular among users for getting car rental service is the Carzup App.

It is a popular car rental app mostly used in USA, Canada and Europe, to name a few allowing the users to select from a large number of cars, compare the prices and book the car for a predefined period and can be downloaded across the Android Play Store and iOS App Store.

There are several other best car rental apps that have revolutionized the car rental process for users in the year 2019 and have helped take the car rental on demand business towards great heights but the ones that have been mentioned above are game changers in this service.