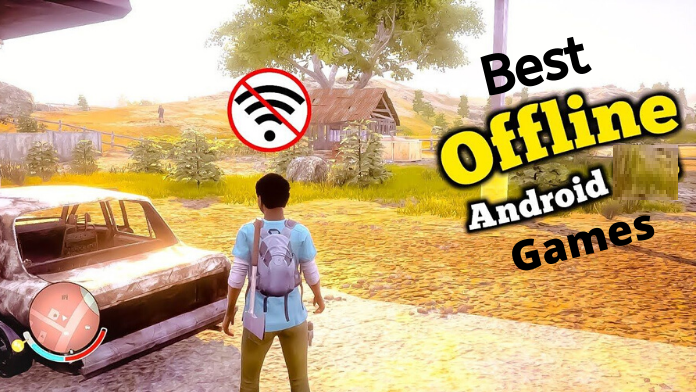 RPG stands for Role-Playing Game which is one of the most popular game genres. Initially, RPG games were only available for PC, but with the rapid development of technology, we can now play RPG games on Android.

Zenonia 4 is one of the best RPG games on Android and PC. This game made by GAMEVIL Inc offers graphics with a classic theme and simple visuals. There are more than 97 guests and 151 maps that you can complete.

Simple and easy to use gameplay controls can make players feel at home for a long time playing this game. During your adventure, you will face quite dangerous enemies.

Inotia 4 is an Android RPG game that you must play because it has an interesting storyline. The size of this game is also not large but still presents clear and stunning graphics.

This game provides up to 15 different skills that you can use in the battle with enemies. To make it easier to defeat your enemy, you can upgrade your weapons, abilities, and armor. Besides that, there are 400 very interesting maps so you don’t get bored playing them.

Cat Quest presents a unique open-world RPG game with a simple and cute design. The character you use is also cute, which is a cat who will adventure against evil monsters using swords and magic. Your job is to save its brother who was kidnapped by Drakoth.

If you like cats then try playing this one game, and help him save his kidnapped brother.

The next best Android offline RPG game recommendation is SoulCraft because this game is able to provide an exciting experience for its players due to stunning 3D visual effects. So, many players find it difficult to stop playing SoulCraft.

In this action RPG game, there is an interesting storyline that cannot be missed. You will face several challenges that should not be underestimated because there are many challenges that make it difficult for players. Play the SoulCraft game now!

The next Android offline RPG game that is no less interesting is the Legendary Warrior. In this game, you play the role of a legendary warrior who fights on a chaotic land inhabited by evil monsters.

Your task is to defeat these monsters to get the money that can be used to upgrade weapons, abilities, armor, and more. The game controls are also easy to use, making the gaming experience even more exciting and enjoyable.

Reaper is a recommended lightweight Android RPG game that can be played offline. This game presents an interesting storyline and is supported by super cool graphics, guaranteed you will never get bored playing this Reaper game.

In this game, you will save the world by defeating various evil groups. The character you use is equipped with fighting skills. In addition, you can choose hundreds of swords, armor, and other accessories to fight. Let’s try the Reaper game now.

The next light Android offline RPG game recommendation is Battleheart Legacy, where this game has 3D animation that will amaze you while playing it. Mika Mobile as the maker of this game provides more than 200 unique characters in the game so that players don’t feel bored, of course.

Interestingly, each character you choose has different fighting skills and abilities, namely magicians, archers, fighters, and many more. You have to complete several missions in a world filled with a group of evil creatures. Try playing the Battleheart Legacy game on your cellphone.

Eternium is one of the best offline Android RPG games today. In the beginning, the Eternium game received a positive response from gamers. Until now, Eternium has been downloaded more than 10 million times and got the title of choice of the editor from Google Playstore.

This happens because the visual graphics presented by Eternium are very good and grab the attention of many players. In addition, this RPG game also gets a rating of 4.8 on Google Playstore. Let’s play the Eternium game on your Android.

If you are a fan of Marvel movies then you should try playing the Android RPG game MARVEL Future Fight. There are many Marvel superhero characters to choose from, you can even play villain to supervillain characters like Thanos. The characters available are not only limited to the cinematic universe, but you can also play superhero and villain characters in comics and series in this game.

This game has a mechanism that is fairly simple. Just like other action-RPGs, Marvel Future Fight uses a hack-and-slash system, which means you only need to press one button to attack the enemy. This game also has an autoplay feature that you can use when you repeat the same stage/level.

In addition, each skill has a cooldown that makes you have to calculate when using it. Especially when fighting strong enemies. Play the MARVEL Future Fight game today.

If you want a simple game, good graphics, and interesting gameplay, Tap Titans can be used as the best offline RPG game for you to play. Tap Titans tell the story of a world filled with many monsters and Titans. Then, appears a hero who wants to defeat all the creatures, and the hero is you.

Playing is quite easy because you just tap on the screen. One tap equals one attack. Now, to kill one monster or titan is not enough with just one tap, but you have to tap repeatedly until your opponent finally collapses.

The faster you tap the monster, the sooner the monster or titan will lose. Apart from the main hero, this game also provides reinforcements in the form of heroes who support your attacks. Let’s play the Tap Titans 2 game right now.

The next best Android offline RPG game recommendation is Angry Birds Evolution. Unlike other angry birds games, here you have to launch these hero birds to hit the green pigs that are scattered in the game arena. Not using a catapult but as a game of pinball. Every character that is hit will bounce and cause damage to the green pig character.

In addition, on some levels, the green pigs that are attacked will be behind building structures such as fences or boxes, which require several reflections to penetrate. There are also boxes filled with explosives and floor slides for the game arena to create massive attack damage.