Mobile Apps That are Not Safe for Your Devices 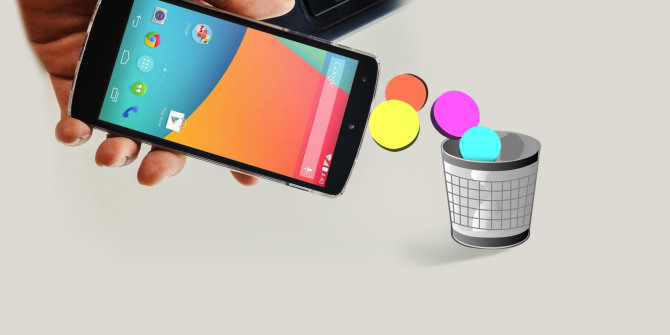 Smartphones have become the most used device in the whole world. Nearly 60% of the world’s population remains active through a day. You can find various types of smartphone platforms that are quite impressive. Mobile platforms like Android and iOS have covered almost every countries market. In comparison with iOS, Android is mostly used by people because it is the open source mobile operating system that is developed by Google. Android is safer, secured, and the best part is that all the Android-enabled devices are easily connected with other devices.

iOS is a mobile operating system of Apple and it works in iPhones. iOS is the smoothest mobile operating system that does lags in any condition. The use of iOS is a bit less than Android because many people are unable to afford the Apple products as they are quite expensive. Well, apart from these mobile platforms, there are many apps that run on our devices. Some people apps on iPhones and some use them of Android. But, there are few types of app that actually damage your device, steal data, and track your activity and much more.

Most of the apps are not completely optimized by the developers and these types of apps drastically decrease the battery power. The apps that affect the smartphone’s battery become the reason for heating up the devices. Here we have listed some mobile applications that you should not install on your devices and if these apps are already installed, then consider removing them immediately.

Let’s get started for Mobile applications that need!

Well, it is quite common that apps running in background eat up the RAM of the devices. The logic behind is exactly similar to our computer systems, wherever any application runs it consumes some RAM memory. When multiple apps run, it is obvious that it will cover a larger part of RAM’s memory. Now, it is obvious that the more RAM memory is used, the more device will get slow. In this case, people install third-party RAM clearing apps that graphically mentioned that RAM is been cleared but it actually drains the battery.

Both iOS and Android have their own RAM management feature in their OS. Both works perfectly so, it is better to remove other third-party apps that drained your device battery.

Cleaning apps like Clean Master and many other cleaning apps promise to boost up the device performance. Partially, it is true but these apps do not remove every of the app. Some cache data of log files still remain in your device’s internal memory.

Also, these apps require a lot of power that drains the battery quickly. It is better to clean apps and their memory manually from the device’s setting rather than using these scraps apps.

Do you actually believe that running an extra app can save your smartphone’s battery? It is impossible! However, there are many apps that promise to do miracles like saving battery and people are believing it too.

Well, that is not at all true, an app cannot save the battery power. So, it is better to remove such apps.

It is better to remove apps that are of no use, it is better to keep those applications that are quite productive for you. Also, make sure that you download apps only from the app stores.