What File Systems Should You Use On Your Computer 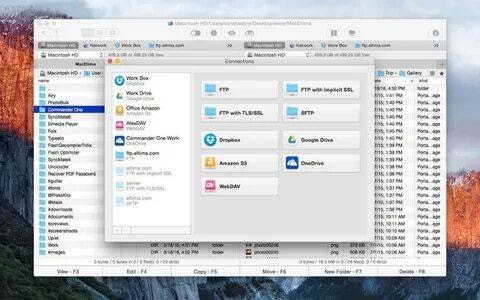 When we talk about file systems, most of us know what they are and for what purpose they are in the system. But let us talk in detail about how they function and what happens without any file system.

What is The Definition of a File System?

Let’s get started with a simple definition: A file system specifies how files are named, saved, and retrieved from a storage media. Individuals may refer to different areas of a file system depending on the context – this is where things get a little muddled. And you might be wondering, what exactly is a file system in the first place? In this article, I’ll explain file systems and how to have a discourse about them. To assist you comprehend the ideas around file systems, I’ll also go over partitioning and booting.

Although we’ll focus on Unix-like environments when explaining lower-level structures or console commands to keep this article comprehensible. The concepts, on the other hand, are applicable to a variety of contexts and file systems.

Why Do We Need a File System in the First place, you may ask?

Without a file system, the storage device would have a large chunk of data that was placed back to back and couldn’t be distinguished. The word “file system” comes from the ancient paper-based data management systems in which papers were saved as files and organized into directories. Consider a room where there are stacks of documents all over the place. A storage device without a file system would be in the same predicament – and would be completely useless.

A file system, on the other hand, changes everything: However, a file system is more than just a bookkeeping tool. The file system is also responsible for space management, metadata, data encryption, file access control, and data integrity on your computer repair. Partitioning is the starting point for everything. Before they may be used for the first time, storage devices must be partitioned and formatted.

But What is Partitioning?

Partitioning is the process of dividing a storage device into logical sections that may be controlled independently as if they were different storage devices. A disc management tool supplied by OS systems or a text-based CLI tool given by the system’s firmware are used to partition drives. A storage device should have at least one partition, and if necessary, many partitions. A basic Linux installation, for example, contains three partitions: one for the operating system, another for user data, and a swap partition. Although they don’t employ a distinct swap sector, Windows and Mac OS have comparable layouts. Instead, they take care of swapping within the operating system’s partition.

So, why do we need to partition our storage devices into multiple partitions? The rationale for this is that we don’t want to manage and use the entire storage space as if it were a single unit with a single purpose. It’s similar to how we divide (and isolate) meeting rooms, conference rooms, and teams in our office. You can install numerous operating systems on a computer with multiple partitions and choose a different partition to boot up your system each time. Dedicated partitions also house the recovery and diagnostic utilities. To restart (or turn on) a MacBook in recovery mode, for example, hold Command + R as soon as you restart (or turn it on).

You’re telling the system to start with a partition containing the recovery programme by doing so. However, partitioning is more than just a mechanism to install various operating systems and tools. It also enables us to separate vital system files from other files. As a result, no matter how many resource-intensive games you install on your computer, they will have no impact on the operating system’s performance because they are stored on separate partitions.

Microsoft Windows uses two major file systems: NTFS, which is the default format in most contemporary versions of the OS, and FAT, which was inherited from ancient DOS and has the extension exFAT. Starting with Windows Server 2012, Microsoft launched ReFS as a new generation format for server machines. HPFS, a Microsoft-IBM collaboration, can only be found on extremely ancient PCs running Windows NT 3.5.

HFS+, an extension of Apple’s legacy HFS used on older Macintosh computers, and APFS, a format used by newer Macs running macOS 10.14 and later, are the two file systems utilised by macOS.