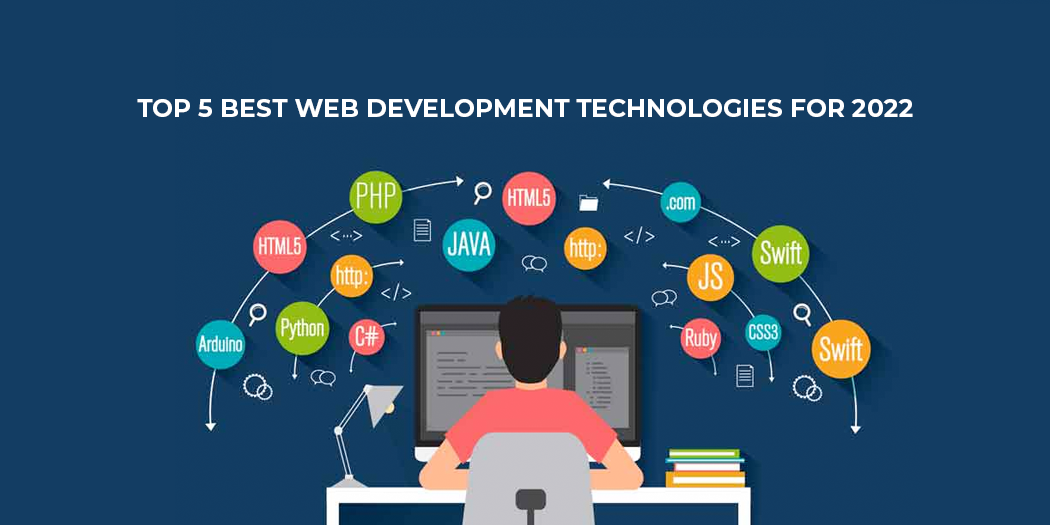 As we move into 2022, one of the best web development technologies you should familiarize yourself with is React, which was developed by Facebook. It’s a JavaScript library that developers use to build cross-platform, large-scale web apps that display faster and are more stable than other frameworks. You might want to look into including React in your business or personal projects if you want to stand out from others in your field.

React.js was developed by Facebook developers and was released in 2013 as an open-source JavaScript library that developers could use to build user interfaces. It offers a great deal of functionality and can create complex front-end web applications without requiring too much additional code, which is what makes it so appealing to professional software developers who want to save time.

As web and app development continue to merge, Progressive Web Apps (PWAs) are emerging as a major player in best web development technology. If you’re interested in creating an application that can be used on both mobile devices and desktops, it’s time to consider PWAs. Many companies, such as Amazon and Microsoft, have already released PWA versions of their websites. With all of these great examples available to study, why wouldn’t you want your business using PWAs?

What are PWAs? Progressive Web Apps, or PWAs, are basically mobile web apps. They combine features of native mobile applications and websites to create a seamless user experience regardless of device or platform. PWA-enabled browsers like Google Chrome offer several benefits over regular websites. For one thing, they can send push notifications just like native apps.

Web developers all over are jumping on board with GraphQL. Many have pointed out that it’s an ideal fit because it’s a design pattern that makes web-developers’ jobs easier and less complicated. With GraphQL, you only get exactly what you need from your API, so there is no complicated logic getting in your way. This means less code and faster speeds too!

Learn more about GraphQL with our quick guide . Check out #2 NativeScript to learn about a framework that is ideal for building native mobile apps. Build your own app or use one of thousands of open source apps . Get some ideas from our list of top client-side frameworks and tools . Read on to find out how other web developers are using React to build amazing applications.

#1 React: If you’re looking for a rock-solid, proven option, look no further than React.

Next Generation Cloud Technology that allows you to build and run applications and services without worrying about infrastructure. If a developer knows how to use a programming language, they will be able to create, test, and deploy an application in just minutes. Serverless technologies have really taken off in 2018 because of their high efficiency and low cost which has opened them up to smaller businesses.

As applications grow in size and complexity, it can be difficult to maintain organized CSS stylesheets. One increasingly popular solution is using JavaScript to generate a single style sheet based on HTML tags—this approach is known as CSS in JS. The downside of CSS in JS is that it makes code more complicated and harder to read. Fortunately, there are some frameworks (like Styled Components) that make working with CSS in JS easier by abstracting away many of its quirks.

Despite these challenges, CSS in JS is still worth considering because it helps solve another common problem—keeping CSS files small and manageable. The overall structure of an application has a big impact on how you write your stylesheets, since every component needs its own set of rules. Using CSS in JS means your style rules can be defined as part of that component rather than spread across multiple files.