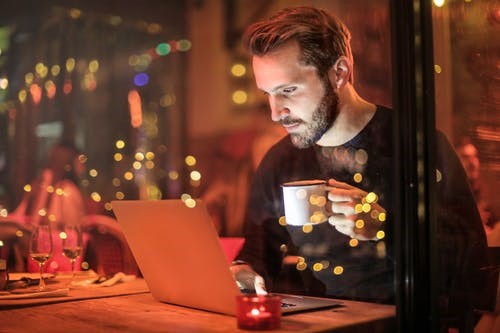 Hey, are you considering establishing a smart city for the welfare of your environment, government, and citizens? If yes, we can help you achieve that goal smoothly and effectively if you give your ears to us. But the question is, what do you need to turn your current infrastructure into “smart” infrastructure right? “To be frank,” the very first thing you need to do that is “Automation.” Yes, you heard that right.

Unless and until you don’t automate your city management system, the chances are low it will become self-sufficient, efficient, and pollution-free. Didn’t get my point? Ok! No problem. Let’s understand through an example – suppose that there is a specific junction in your city, where traffic jams are a regular affair and cost the country thousands of litres of fuel, plenty of business hours, and most importantly, loss in overall productivity. In that case, you can resolve the traffic congestion problem with ease by installing an IoT-Based Traffic Congestion Monitoring System.

Once you do that, the deployed devices like IoT-enabled sensors, CCTV cameras, and car driver’s mobile phones will provide you with crucial vehicle information, like where and how serious traffic congestion occurs and what you can do to deal with that.

The benefit? Your automobile crowding issue will reduce significantly since the potential Traffic Congestion Monitoring System will enable you to track, monitor, and predict the upcoming traffic patterns so that you can get a deeper insight into frequent traffic congestion and trends. This way, you can create a very healthy environment for “crores” of people, leading to a better life and a “smarter” town. But have you ever “pondered” how all these IoT devices work or communicate with each other? If not, we must convey to you that’s where IoT Connectivity Protocols comes into the picture. So, let’s see:

What are IoT Connectivity Protocols?

If you sometimes wonder how different elements of an IoT network speak to each other, we must clarify here that there are several layers to this communication. You don’t need to “just” wrap your mind around the types of devices, gateways, and applications getting used, or the numbers of nodes or levels of security, but also the way they communicate. And that’s where the role of IoT Connectivity Protocols becomes instrumental.

So, when it comes to definition, you can understand IoT Connectivity Protocols as a tech language that gets used during communication of different parts of the IoT network. To be more precise, these IoT protocols organize the entire information in a secure and meaningful way so that various parts of the IoT can interact at ease.

Why are IoT Connectivity Protocols “important?”

“Well,” the biggest reason for that is these protocols establish a common language between all the devices in a giant IoT network so that they can function without interruption. Without their use, the myriads of machines in the IoT network wouldn’t be able to “shoot the breeze.” Ok?

What’s more? The use of standard IoT connectivity protocols also contributes a lot to maintaining consistency and avoiding fragmentation. The benefit? Well, it helps in decreasing your security issues overall.

What are a few imperative IoT Connectivity Protocols?

AMQP stands for Advanced Message Queuing Protocol “which” is an international open-standard application layer protocol that comes in handy for transactional messages between servers. And in case you don’t know what does it includes, we must notify you that it entails:

A. Getting and putting messages in queues

B. Storing all the given messages, and

C. Setting a robust relationship between all the components in an IoT network

Since this established code of procedure is widely known for its security and reliability, it is “mostly” deployed in server-based analytical environments, for example, in the banking industry.

ZigBee is quite similar to Bluetooth, already having a massive user base. But do you know the “major” advantages this IoT protocol “comes with?” If not, we must comment that it features:

C. A 3.4GHZ wireless spectrum, and

What else? It also has a “longer” range of communication than Bluetooth as the former max out at 200 meters while the latter is around 100 meters.

First of all, XMPP is the abbreviation for Extensible Messaging and Presence Protocol, i.e., an open technology suitable for real-time communication. However, the entire “communication” occurs in XML test format while running over Transmission Control Protocol or TCP. Besides that, it gets used for a wide range of customer-oriented IoT applications by checking the status for required updates, such as:

A. Connecting your mobile phone to the thermostat in your home

E. And many more!

On a closing note!

Hopefully, you learned many things through this tech text stack which covered the definition of IoT Connectivity Protocols, why they are “important,” and some of their examples. So, suppose you love this piece of content and want to know how you can design solid business solutions using these protocols. In that case, we request you to “shoot the breeze” with an excellent IoT connectivity solution provider in the USA.