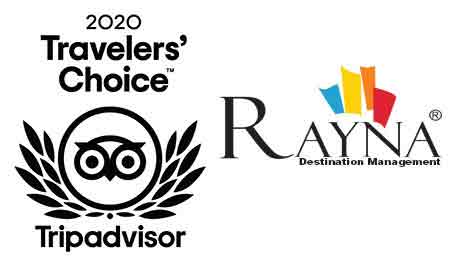 The United States of America (USA) is one of the world’s largest and most powerful nations. Every year millions of tourists apply for a US visa to fulfill their dreams of visiting this wonderful country and experience its diverse cities and attractions. However, like any other country, travelers must follow specific rules and regulations while visiting this great nation. Here are some things you must never do in the USA.

Drunk driving is completely unacceptable in the USA, and in case you are found guilty, you will be charged with hefty penalties.

The USA is colossal, and it is impossible to see the whole country in one trip. It is better to pick one or two regions and try to cover them.

Pointing a middle finger at someone in the country can get you killed.

The rule of the thumb is to not speak about terrorist attacks, bombs, guns, and the likes in front of strangers for obvious reasons.

Do not use cell phones while driving to call or text someone. Do not travel in a car without wearing a seatbelt. Never park in a handicap space unless you have the right to park there. Don’t honk unless you are in some danger. And lastly, avoid getting into an argument with a police officer, reaching for your pocket, or getting out of the car when stopped by one. The officer will take this as an aggressive act, and you don’t want to mess with them.

Staring, gawking, and flirting with women is considered rude. They may get uncomfortable or offended and call the police. If you are interested in a woman, you can go and talk to her or approach her with courtesy.

Avoid making jokes about race, gender, obesity, etc., as it is considered extremely rude and offensive to comment about people’s physical appearance. In case if you are part of such a discussion, smile and keep mum.

Smoking cigarettes have become taboo in the country nowadays, so avoid smoking in public or do so only in areas dedicated to the same.

Americans like their personal space and don’t like to be touched. If you get too close to them, they become uncomfortable. So, maintain a comfortable distance while interacting with people.

Americans consider their country the best, so refrain from comparing America with any other country or your country.

People in the US always measure in miles, pounds, ounces, cups, or gallons, and temperature is measured in Fahrenheit and not Celsius. So, familiarise yourself with these conversions before visiting the country.

Politics and religion are considered sensitive topics. So, avoid speaking about them or taking sides, especially in front of strangers.

Although tipping is voluntary, it is customary to tip at least 15-20% of the bill, especially at sit-down dinners. Waiters in the US earn less than the minimum wage and depend on tips to boost their income.

Football is the most famous sport in America and is played at many levels, such as high school and college. No one will tolerate a word against this sport or any comparison with soccer. You must love this game in the US.

The cost of treatment in hospitals and healthcare, in general, is insanely expensive in the US. So, ensure that you have suitable travel insurance to cover your medical expenses and treatment.
in any unfortunate circumstances.

Do not criticize or make any negative remarks about the soldiers. Americans honor and respect those who sacrifice for their land and are immensely proud of them. Also, under no circumstance, disrespect the American flag as it is considered a symbol of freedom.

You must not stare, play, or interact with stranger’s kids. So, do not peck, hug, or pull the cheek of a child who is not yours. Americans are very paranoid about strangers being nice to their kids, and it can show you in a terrible light.

Americans like to keep the conversation flowing and are incredibly uncomfortable with silences. Silences that last longer than 3 seconds freak them out, so if you struggle with the language, use fillers such as “so, yeah, sure,” etc.

The USA has an array of attractions, each one more unique than the other. So, follow these rules and social etiquette to enjoy an outstanding holiday in the country.