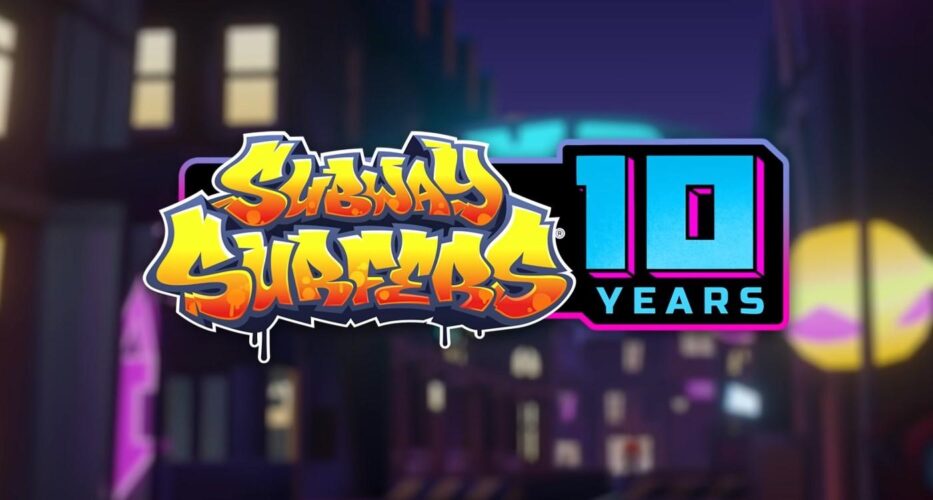 It has almost been a decade since the remarkable Subway Surfers made its first launch. Now, the Danish developers, SYBO and Kiloo, are still on cloud nine for marking 3 billion downloads and counting! This endless running game remains the best in its category as one of the first-ever games to hit billions of downloads.

Subway Surfers – A Successful Story in its Genre

Aside from being the best endless runner game, Subway Surfers is also renowned for being one of the success stories in its genre. If you are missing out on the backstory of this arcade game, it all started with Jake, one of the pioneer characters of the game, a graffiti-tagging citizen who loves running through the famous city subways dodging scary dogs, cops, trains, and obstacles.

As you run, you need to collect power-ups and coins. These hard-earned points will enable you to unlock new characters and hoverboards, making running and dodging more exciting. Aside from that, some additional outfits and upgrades are also available to collect. Currently, you can unlock 29 characters, a wide range of outfits, hoverboards, and upgrades.

A Feat of Strength

What makes the Subway Surfer the best in its genre is notably its ability to provide fresh concepts and updates without fail. Since 2013, SYBO Games World Tour concept has captivated millions of players worldwide. Through this new concept, the developers have been able to keep them engaged, all the while retaining the game’s original gameplay intact.

In this World Tour series, new updates are released, offering new themes and traditions from various cultures. It first landed in New York and was followed by other stunning places like Rome, Rio, Tokyo, Cairo, etc. Along with these places, some updates include different seasonal holidays such as Christmas, Halloween, Spring, and so on.

Fast forward to 2022, after almost a decade, Subway Surfers was able to introduce newer places like Cairo, Barcelona, Vancouver, Oxford, and Monaco, and on May 16, 2022, the game successfully introduced its exciting Copenhagen update where the game will celebrate its 10th birthday in a more futuristic theme.

Aside from that, in celebration of Subway Surfers’ 10th anniversary, which they will mark in this world tour update, there will be loads of incredible offers, gifts, and events coming up!

Prepare Yourself for More Exciting Updates

After the Copenhagen update, Subway Surfers expect to release another update on June 6, 2022, and will be counted as the one hundred forty-third update of the phenomenal running game. Though there is no exact information yet on where the World Tour will be next, it is reported that the next update will allow the players to obtain the special edition “Flying Horse” hoverboard. This hoverboard is said to have the ability to protect your character from crashing for 30 seconds.

Most players can also anticipate the Run the World – Daily Sales! event in the upcoming update. In this event, there will be a sale for two characters and one hoverboard each day that will run for 21 days. Players can avail the characters and boards using their hard-earned coins or spend real cash.

Regardless of what other exciting updates the developers have planned for the upcoming update, one thing is for sure; it is something worth waiting and playing, of course!

Join Subway Surfers on its Way to 4 Billion!

If you are looking for a game that you can play for hours or even for the entire day, you must not miss this dominating creation by Kiloo and SYBO Games. Their exceptional efforts to keep players engaged for years is truly remarkable. With Subway Surfers’ refreshing gameplay and continuous impeccable updates, you’ll surely enjoy every single detail of the game.

Have you downloaded Subway Surfers to your device yet? Well, it’s not yet too late to try this phenomenal endless running game now! Join the powerful force of players and play this irresistible endless running arcade game. Be a significant part of another million downloads by playing Subway Surfers on your PC now!