How to Wait for an Ambulance? 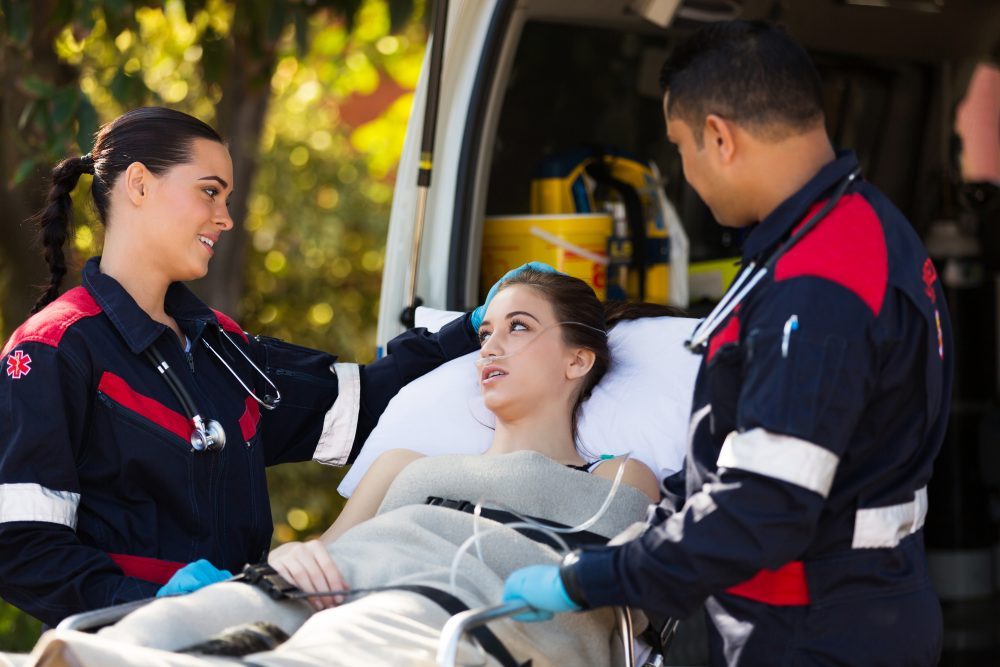 Knowing the basics of survival goes a long way. Everyone thinks that nothing wrong can ever happen to them. “Why waste time learning CPR? It’s not like we’ve to administer it to someone!” This is the general idea of people who keep away from reality. What if you are faced with a situation where someone relies on you for their life? Will you be able to help them? Or will you let them bleed out till the ambulance reaches?

We should all have some basic knowledge about how to help in the right way to ensure that you can increase the chances of survival.

Before you rush to help someone else, you have to make sure that you are also safe. You don’t want to hurt yourself and become a liability. Also, ensure that the people who aren’t already injured are safe too. Ask other people to call for emergency services including the on demand ambulance as well as the police.

Look for Lack of Response

In a state of utter chaos and panic, people will be shouting and screaming. There should be a lot of commotion and movement. Here, you have to be able to spot anyone who isn’t making any noise or is not moving. This is a clear indication of trauma, either mental or physical.

Start talking to the person who is injured. Reassurance at such a time is of critical significance. More often than not people who despair are more susceptible to mental trauma. In fact, if they give up any hope of recovery, their body stops fighting back to heal. Talking to them and composing them will help in establishing a relationship of trust between the injured and you.

It doesn’t matter how bad the injuries are, just call the police and report everything to them. The accident victim many need a police report to file a claim with his/her insurance company, even if the filing is just make a claim for their vehicle. Usually the dismantled and accidental vehicles are involved in police reports and the driver has to witness about the whole scenario. This can become a mental pressure for the victim.

Give an Accurate Explain

When the police arrives to the place of accident, make sure you tell them the exact scenario that place right in-front of your eye. Explain each and everything you know about the victim. Police officers will try to get more information from the victim. But you can ask them to take an explanation after the treatment.

Just because someone looks like they need moving, don’t start distorting their bodies. First look at what has happened and assess the nature of their injury. Get a paramedic on the phone and explain to them the exactly what is happening. They will be able to guide you what to do.

Sometimes, you help most by not disturbing the people. Only in case, there is an immediate threat, should you move any person. If a person is unconscious and can’t move and you sense that there is a possibility that the vehicle might explode if there’s a flood or there’s too much blood gushing out.

If there are many injured people then delegate the care of every individual to one or two bystanders before you move on to assist the next one. Do not stick to just caring for one, when your knowledge could actually help others too. Explain the best course of action to bystanders and keep assisting as many people as you can.

Learn How to Tie a Tourniquet and a Sling

If there is excessive bleeding or in case there is the possibility of any kind of venom spreading through a limb, tie a tourniquet to ensure that the blood flow is restricted. You might want to learn the right way to tie a tourniquet. Knowing how a sling is tied is also very important. You can help a bone injury from getting worse.

Track the On Demand Ambulance

Keep tracking the ambulance so that you know where it has reached. If you have an app, you will be able to monitor it over a map and if not, keep calling them. The best way to reach an ambulance during an emergency is by using an on demand ambulance application. An Uber for ambulance is a concept which enables customers to quickly book an ambulance specific to the injury through their smart phones just like they would book a cab.

Things to do after getting Treated

One of the most important things that a victim should consider doing after road accident is to talk to their lawyer. The only person who can protect victim’s rights is his/her lawyer. He can keep all the valuable evidences safe. Even the insurance company will rush to victim’s place for taking statement every now and then after the accident. But before giving any statement, victim should make sure that he/she has received legal advice from their lawyer or not.

The lawyer can give better advice about how a victim can get the insurance money of their vehicle. The lawyer can even give advice their client to get the finest medical treatment available in the city.

Make it a Business

While you are at it, helping people can also prove to be a very profitable venture. You can now own an application that enables people to book an ambulance within minutes through their smart phones. The app is a seamless way of providing for a need instantly. The app also enables people to track and monitor where the ambulance has reached. App owner makes money through the system itself. This is a very rewarding on demand business because it helps you earn money while helping people.